Big Wreck Comes to Kelowna Community Theatre Celebrating 20 Years Since The Release of “In Loving Memory Of.”

It was 20 years this past October since Big Wreck’s double platinum debut album In Loving Memory Of came out. Frontman Ian Thornley and guitarist Brian Doherty started the project in 1996 with two other band-mates while they were students at Berklee College of Music in Boston. The band weathered a breakup, ups and downs with their releases, pursued individual projects and then reunited to release two new albums as Big Wreck since 2010.

It’s been a long, winding road, and the band finally brought their tour bus into Kelowna last night.

Victoria blues-rock aficionado Jesse Roper kicked off the festivities, playing selections from his new record Access To Infinity. He’s been touring extensively since he last came to Kelowna, and his road polish was evident last night.

“I was out of tune this whole set!” proclaimed Roper as he tuned between his new tunes Cherry and Worship The Sun. Though he claimed he was out of tune, he didn’t sound like it.

Roper’s tunes are soulful blues tunes, clearly composed with expert craftsmanship and patience. The tones of each instrument – drums, bass, organ and Roper’s guitar – all blended flawlessly. If Stevie Ray Vaughan was a little more polished he could have sounded like Jesse Roper.

Roper performed his original blues-inspired rock confidently and competently, and left the packed-and-standing crowd with a grateful and humble smile. It seems like a half hour of Jesse Roper wasn’t quite enough for his fans in Kelowna, but it was about time for the feature act – Big Wreck. 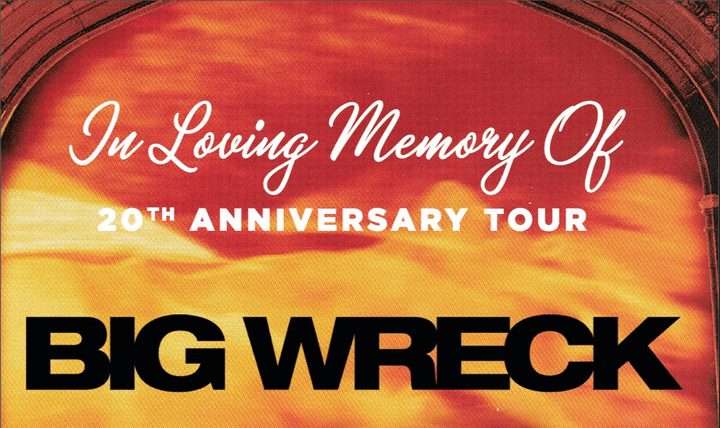 I remember the year In Loving Memory Of came out. I was just a young kid – 11, but I was beginning to formulate my choice bands, and this album got me hooked on their rock. I had an older brother in a grunge band at the time, and though I liked the hard stuff I was drawn to the dynamic changes that Big Wreck so effortlessly pulled off. The band could go from hard-edged grunge to a tender lilting ballad, and then cut right back into the rough stuff.

“[When the album came out] I didn’t take it out of the Kenwood tape deck in my Mustang LX for about a year and a half!” claimed Ian Kelly, a long time fan.

“Well, it was my sister’s Mustang, but still…”

Big Wreck crept onstage in front of a packed Kelowna Community Theatre, Thornley’s silhouette a striking figure. The anticipation built as feedback from the guitar amps swelled into a cacophony, and the band checked in once more with their bearded guitar techs in the wings.

The band cut into a massive version of Look What I Found, and Thornley took off mid song with a long, crispy wah solo.

Second song of the set was easily their biggest hit That Song, and the 800+ members of the crowd stood to show their appreciation.

The entire audience sang the familiar chorus back to the band – even the dozen-or-so kids in the audience, born years after the album debuted in 1998, were singing along.

The band played through a couple more selections from In Loving Memory Of, including one of the tunes that got cut from the final product – Ill Advice – a catchy jazz-rock tune.

The punchy Southern-inspired slide guitars bulldozed through How Would You Know and into Under The Lighthouse – a melodic and nostalgic piece, easily my favourite on the original record.

Thornley’s voice hasn’t faded in the slightest. He was flawlessly blending his head and chest registers all night. His voice didn’t seem to wear through the whole performance, and he even added some passionate legato nuggets you wouldn’t hear on the album. This writer still believes he is our Canadian Chris Cornell. 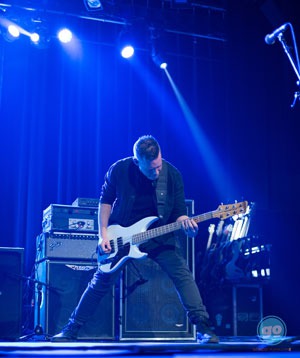 Chuck Keeping and David McMillan – lineup selections from Thornley’s solo project – held down the rhythm and bass with precision. Dave McMillan even pulled out an Ovation 12-string guitar for By The Way, at which point there were three guitarists on stage.

It was surreal to listen to these songs all over again in a live environment. It was a celebration of what the album meant to the band, and obviously what it meant to us – the listeners. It seemed like a treat to the audience who helped the record get to double-platinum status; over 200 000 units sold in Canada.

This concert got me excited for the concerts and festivals akin to Rock The Lake, but with bands that came a generation later.  Don’t get me wrong, I love Trooper, April Wine, Streetheart and the like, but I feel like I missed their heydays while instead I caught Big Wreck, 54-40, and Alanis Morisette.

Regardless, Big Wreck still rocks. They signed off with a two-song encore, playing Albatross from one of their new records, and one of Thornley’s solo tunes Come Again.

The crowd gave a standing ovation for the third time in the evening, once for Jesse Roper, and twice for Big Wreck.