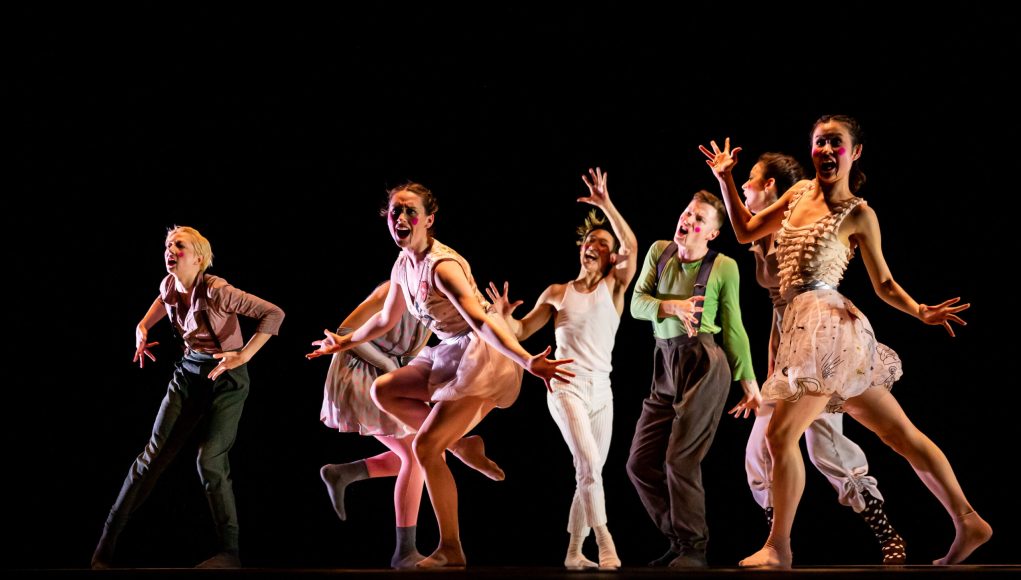 Ballet Kelowna marks its triumphant return to the stage with its presentation of Resurgence at the Kelowna Community Theatre on November 5 + 6, 2021 at 7:30 p.m., in strict compliance with provincial health and safety regulations.

Get your tickets at Balletkelowna.ca

“With Resurgence, we invite audiences to rejoice with us in our return to live performance, and also in our ongoing commitment to the presentation of emerging and established Canadian dancers and choreographers,” says Simone Orlando, Ballet Kelowna’s Artistic Director and CEO.

“Through the commissioning of these works from rising choreographers, Ballet Kelowna offers not only the space to revitalize creativity for these artists, but also to kick-start our new season with a program of breathtaking works that showcase the striking athleticism and artistry of Ballet Kelowna’s company of artists. We look forward to welcoming back our audience and performing live, in-theatre once again.”

Following her successful company debut with the hauntingly beautiful Disembark, presented over livestream in April 2021, Wicklund returns to the Ballet Kelowna stage with the world premiere of The Forever Part – an exhilarating contemporary work choreographed for the Company’s full ensemble of nine dancers. Wicklund’s latest creation explores the inherent tension of the permanence of forever – a concept fueled by both yearning and desire as well as anxiety and confinement. This work is set to a compelling and divergent score of some of J.S. Bach’s greatest works (Toccata and Fugue in D minor; Goldberg Variations, BWV 988: Aria da capo) as well as original music by Wicklund.

Classically trained in Vancouver at Pacific Dance Arts and Goh Ballet Academy, Wicklund has danced with Ballet BC since 2014. A rising choreographic talent, Wicklund has choreographed works for Arts Umbrella, Goh Ballet, and Dancing on the Edge Festival, and was recently selected as a finalist in the International Choreographic Competition Hannover 2021. Wicklund will join Opera Ballet Vlaanderen in Antwerp, Belgium for their 2021/22 season.

Also on the program is the return of Dotto’s Petrushka, a playful meditation on love and loss originally presented to Kelowna audiences in spring 2019. Inspired by the darkly humorous tale of three puppets magically brought to life at a city fair, Dotto’s remix is an abstract meditation on the power of darkness and loneliness.

Embodying Petrushka’s original playfulness and theatricality, Dotto makes use of exaggerated gestures and mime to create a layered, up-tempo response to Igor Stravinsky’s score and re-invigorate the work’s clownish foundation.

Trained in dance and theatre at Caulfield School of Dance in Port Moody, BC, Dotto launched her career with Joshua Beamish’s MOVETHECOMPANY in 2005. Since 2012, Dotto has worked as a choreographer and teacher, and is the head of the contemporary program with K&S Dance Productions in Port Coquitlam, BC.

Concluding the evening is the world premiere of Celestial Mechanics by Stephen, who recently returned to Canada after dancing with Gauthier Dance in Germany. A classical work layered with unconventional pairings and arrangements for three women and three men, Celestial Mechanics will underscore the depth of Ballet Kelowna’s technical prowess with complex pointe work and a subtle, expressive movement vocabulary set to Beethoven’s Piano Sonata No. 12. Featuring slow, sustained lines peppered with bursts of frenetic energy, Stephen’s nonlinear work is a study in contrasts, evoking nuanced emotions within the shared human experience.

Stephen trained at Canada’s National Ballet School before joining the NBOC in 2004. After seven years as First Soloist with NBOC, Stephen joined Gauthier Dance // Dance Company Theaterhaus Stuttgart in 2018. A recipient of the prestigious Clifford E. Lee Choreography Award from the Banff Centre, Stephen is now a freelance choreographer, dancer, and teacher.

Ballet Kelowna’s 2021/22 season also marks a significant milestone for two of its artists: Desiree Bortolussi and Kurt Werner celebrate 10 years with the Company.