They’re about to release a new video at the end of May produced by Kelowna’s Chelsea McEvoy with a $10,000 Storyhive grant.

“It shows what musicians do for their day jobs to support what they love doing at night,” he says in an interview with Gonzo Okanagan. “That’s the reality of it for a lot of musicians. You’ve got to put a roof over your head and food on the table at the end of the day.” 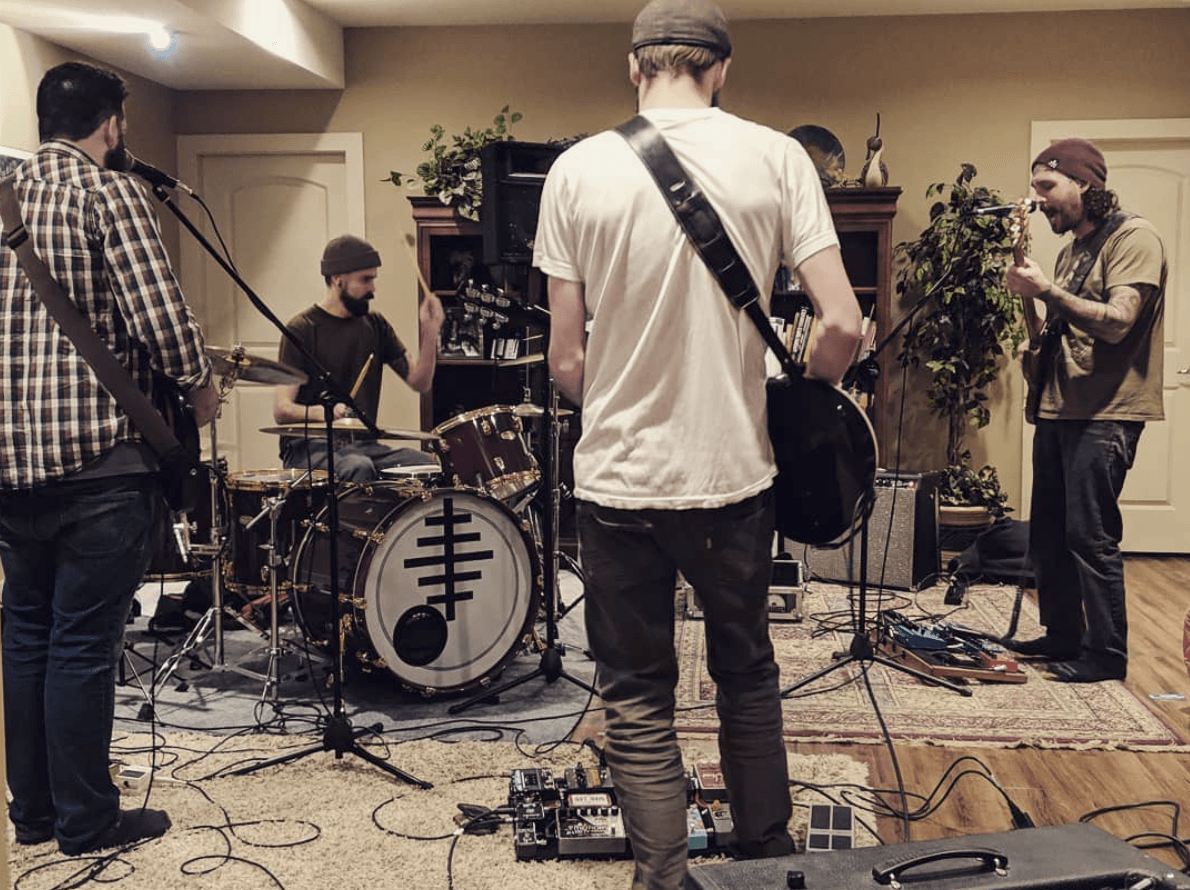 Ancient Engines will open for Econoline Crush and Big Sugar at the second annual Gonzookanagan.com Music Industry Golf Tournament and Festival on June 14 at Sunset Ranch Golf Club in Kelowna.

Sandy Jr. says Ancient Engines’ upcoming video for their song Two Hands Less is fuelling momentum that has been building for the band.

“We’ve been sitting on some recordings for a while, figuring out how to put them out and now it’s all coming together,” he says.
The song is an ode to the cycle of continuing to do the things you hate but not knowing how to change the situation. The band says the track is born out of frustration, but written with hope and optimism.

The video was filmed on a Sunday at a packed Fernando’s Pub in downtown Kelowna.

Ancient Engines has been working with Echoplant Studio in Port Coquitlam recording songs for an album.

“We’re pretty meticulous,” says Sandy Jr. “Recording is expensive. Everything about a band is expensive. If you don’t love it then get out because it’s a lot of hard work.”

Sandy Jr. says one of his favourite creations so far is the video for Gordiebrook—friends got together and filmed a street hockey match in Kelowna with a Trailer Park Boys-esque feel. They’ve also recently put out a video for their song Spitting Ghost.

The seeds of the band were planted in 2014 when Sandy Jr. met Jamie Fairbanks through a mutual friend and wanted to start something bigger.

“We hit it off right away and started playing as a two-piece,” he says.

They then added bassist Torrey Woody, who was a long-time friend.

“It just clicked right away,” he says, and they played as a three-piece for a year.

Guitarist Gary Saturday was the final piece of Ancient Engines to fall into place. After casually auditioning 15-20 guitarists, Saturday impressed and became a perfect fit.

“Once we had that four-piece dynamic, it was really great. Creatively it opens up a lot more doors to do things,” says Sandy Jr.

He says being a band in Kelowna has given them opportunities to open for all kinds of different touring bands. He says it’s an honour to open for Econoline Crush and Big Sugar on June 14.

“Being a kid of the 90s, these are bands that I grew up hearing on the radio every day,” he says.

The concert is in support of MusiCounts, a Canadian music education charity with ties to the Juno Awards. The charity’s mission is to ensure that all youth in Canada have access to the transformational power of music education in their school or community.

The charity improves access to music education for youth by offering instrument grants to schools and communities.

Featured photo: “Well that was one hell of a night,” says the band of a certain recent Sunday live show.