A user’s guide to crowd surfing

There is an obsession to surfing a crowd. It draws someone like me to the pulsating throws of a punk rock show or to a huge festival.

When the conditions are right, you’ll see me climbing the shoulders, heads and hands of attendees.

I’ve spent a long time, and a lot of money, attending as many concerts as I could. I’ve surfed shows in small community halls to big arenas and wild outdoor events. I was surfing when someone stole the microphone from Mad Child at a festival and ran into the crowd with it, laughing. I’ve wiped out and eaten shit. I’ve been robbed. I’ve been groped. One time, I even made out with my girlfriend while crowd surfing.

DISCLAIMER: Crowd Surfing can be dangerous, so when you surf, remember: there is no lifeguard on duty. Surf at your own risk.

Venues who seat their attendees in chairs, for example, will not have a crowd to surf unless that venue can take the chairs away. Obstacles of the venue will vary. Just like surfing in water, surfing a crowd will come with dangers. So when you get back to seeing live music, take a look around and see if the venue will have too small of a dance floor or too low of a ceiling. Is there security? Can they help you at the front? Will you be allowed to return to the show once they do?

Knowing the venue will help you read the terrain before heading out into the surf. 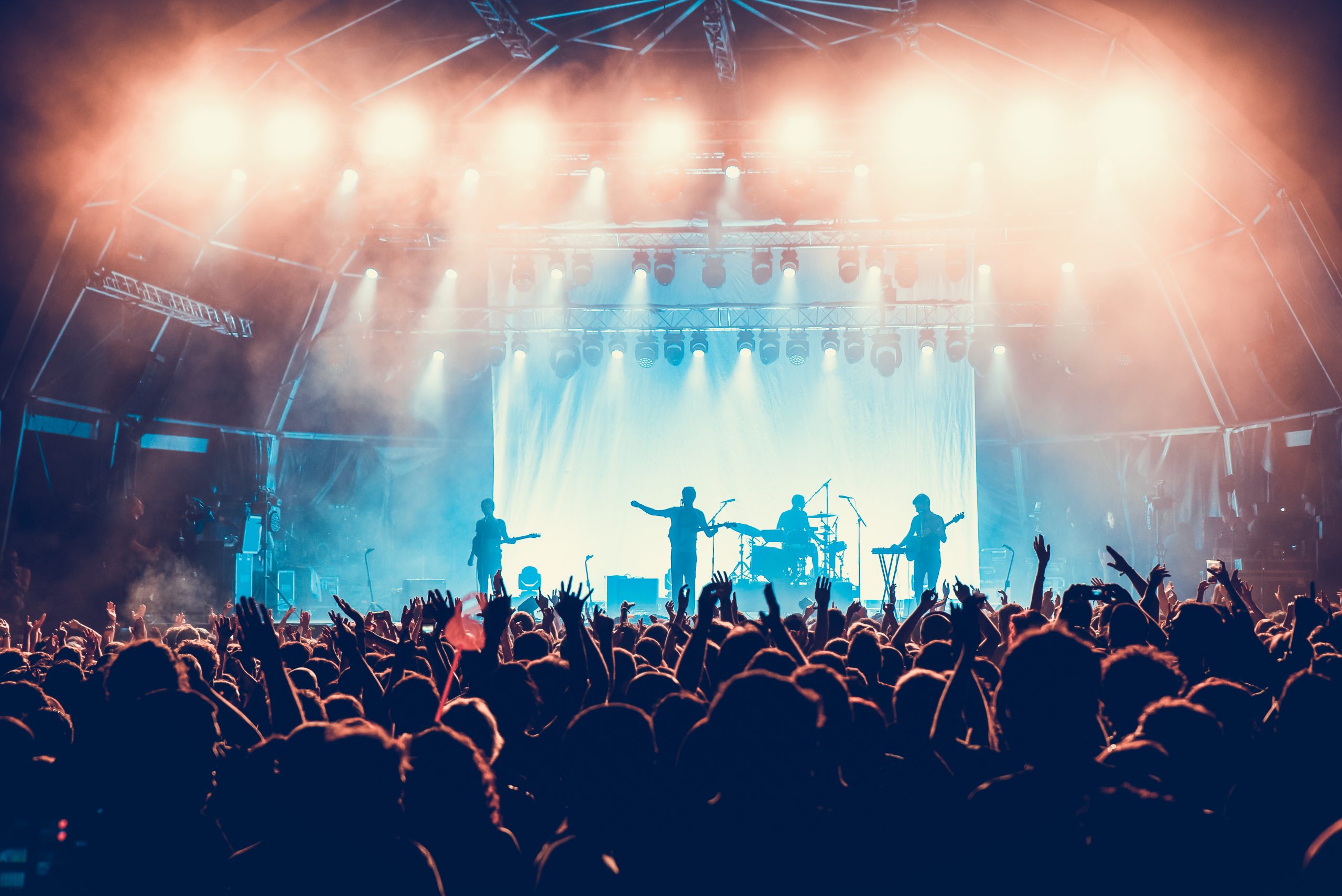 When I’m looking at the show, I’m looking for a packed venue, where ‘pit-falls’ are less likely to form. So, when I begin my ‘approach’ I try to be respectful to everyone. I weave my way through the crowd standing further back. Most folks don’t get into the mosh pit. Most hang back so respect those folks enjoying the show. Smile. Say hello as you pass. I tap shoulders and alert people of my presence so they know I’m trying to get by them. When I’m surfing, I try to pump people up by being a source of excitement. I do the same to the band. I make eye contact and I point to them and I scream along to the words if I know them or I give big fist pumps and smiles if I don’t.

Respect the security once you reach the front. Let them take you from the crowd. Don’t dive feet down. You can kick people in the face doing that. Instead, widen yourself out, arms and legs stretched apart so more people can keep you up. Don’t stay in one spot for too long. Roll around a little.

Watch R.E.M’s video, Drive, for an example of how to let a crowd carry you. Most of all, respect the show and be positive while you’re up there.

I’ve seen lude groping that isn’t consensual and is straight up inappropriate, so be aware that hands will find your privates. That’s why I say roll around and don’t stay in one spot too long. If anyone is being inappropriate I suggest rolling side to side and get away from that part of the crowd all together. Alert security of that area so they are aware of the misconduct.

While surfing, holes will open up. Even on the sides of the crowd, what I call the ‘shoulders’ of the show. They just appear and this happens when the crowd isn’t packed in tight so I look for tightly packed areas. That’s usually the best spot. Stay away from the center. That’s where spinning death wheels of intense, often violent ‘slam dancing’ take place. If a surfer gets sucked into that, it’s bad news bears all around.

How to Get Onto the Crowd

I often look for the big guys in the scrum to ask for a lift. What I like to do is approach a group of big fellas, I tap their shoulder and when they look at me I smile and I point to the sky. I lift my eyebrows. Nine times out of ten he, and those surrounding him, give me a lift up. Ask for a lift. It’s the best way to catch a wave.

When you’re at a show, you’re there to let loose. If you’re surfing, you’re at an event where surfing lives. If anyone has a problem with crowd surfing, maybe they should be up in the seats watching while eating popcorn.

Surfing a crowd is not for those who stand back or sit down. No, this is for those who want to be in the center of it all. Who wants to feel the show, not just witness it. So have fun. Be animated, encourage the crowd, respect your fellow attendee, help pump everyone up, smile and enjoy the ride.

My first surf and why I love it, by Shane Collins