Home Miscellaneous You call that art? 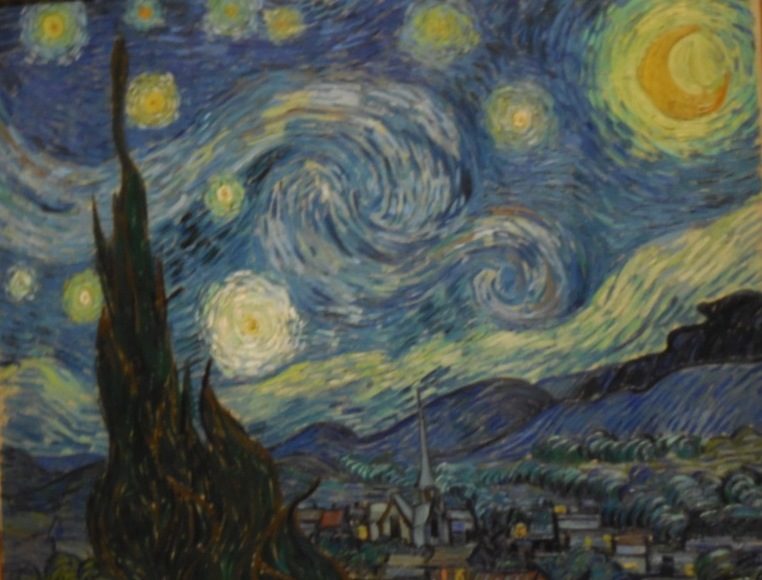 Adventures in New York- part threeMy baby girl and I are what are commonly known as ‘streakers.’ No, we weren’t running naked through central park scaring the locals – we tend to ‘streak’ through attractions, such as museums, rather than study the details, or pore over each artifact. Along the way, we aren’t shy about offering our unbiased opinion (to each other) of the ‘art’ on display.It didn’t matter if it was the Metropolitan Museum of Art (“The Met”), or the Museum of Modern Art (MOMA), there were some beautiful pieces. And there was also, in my opinion, a whole bunch of shite.Our tour through MOMA (that we made dripping wet from walking several blocks in a downpour) took all of about forty minutes. Our first stop (after trying unsuccessfully to towel off in the washroom) was the information desk to ask where the Van Goghs and the Monets could be found. A fellow standing beside the information lady said, “Oh, you mean the good stuff.” Yep, that’s what I meant.She guided us to the correct level, and we made a beeline for the good stuff. All I really wanted out of that visit was to see Van Gogh’s Starry Night and Monet’s Water Lillies up close and personal. But along the way, we had to wade through some pretty crazy stuff. Now, don’t get me wrong. I love me a nice Jackson Pollock and have long been a fan of Pablo Picasso. I even have an affinity for some Andy Warhol (but not the soup cans. Those I can get in my pantry). But so much of what hangs on the walls (and sits on the floor) of that museum reminds me of grade nine art class. Hell, some of it is more like kindergarten. There was an entire installation dedicated to an ‘artist’ whose name I didn’t make note of because, really, it was crap. Just canvases painted one colour each, hung side by side. Another grouping of framed ‘art’ with nothing but a straight line, a curved line, a thicker straight line, all in black ink on white paper. It was titled “A study in line and colour” or some such tripe.

One area had a chair, a shelf, a lamp. Nothing artistic about them. They looked like someone had to fill the void so took a trip to the local Swedish furniture store. The security guard had been watching us (probably because my baby girl is gorgeous). He sidled up, put his hand to his mouth in a classic conspiratorial pose, and whispered, “It’s from Ikea.” Validation! And laughter.I know so many artists who are not famous, but whose work is to be admired, studied, loved. Where were they? Where was my systir‘s amazing art? Why is it not in a museum?The last straw was the last gallery that we bothered to slow down in. Among other things, it held a blank canvas. And this: I said to my baby girl, “Oof, we’ve been had.”Part four will bring you the real art of New York. The street art.