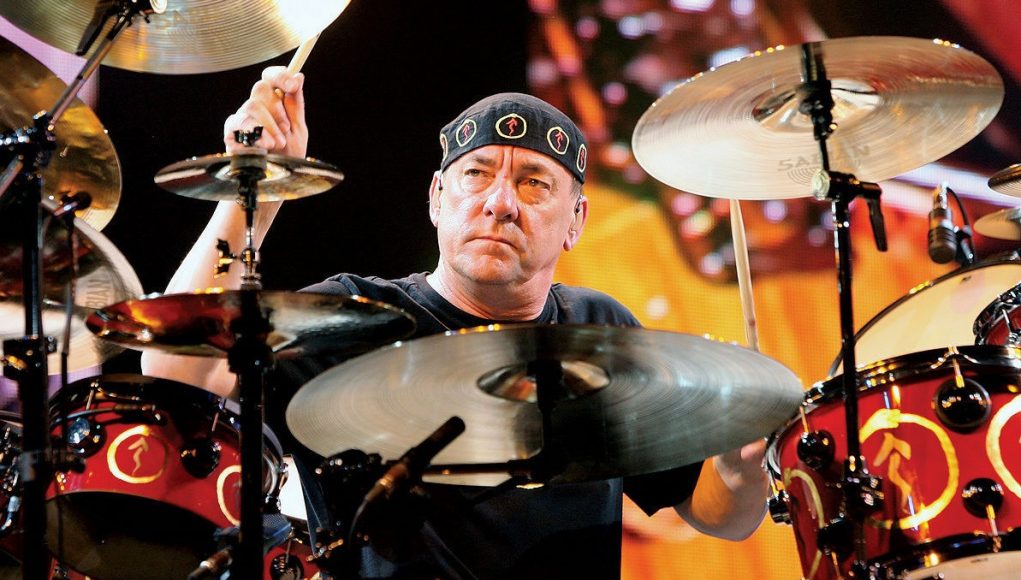 It’s late Sunday night and it’s been an emotionally tough weekend. Like many, I was blind-sided on Friday by the news that Rush drummer Neil Peart had passed away at the age of 67 after a 3 & ½ year battle with brain cancer. I know it sounds like a line from a movie, but I had no idea he was sick. Peart retired in 2015 at the conclusion of the band’s final tour, barely having enough time to enjoy his hard won freedom before it was stolen by cancer. Life is not fair and this one really fucking hurts.

In the last few days I’ve been pondering what has been lost and what I’ll miss about him the most. When it comes to drumming there are few to match his precise skill behind the kit, but in thinking about Neil it’s not his musicianship that springs immediately to mind. His nickname from band mates and crew as well as fans is “The Professor”. In backstage footage from various documentaries, if he’s not wailing on a practice kit before a gig he’d have his nose buried in a book. I’d wager that if you asked around, right next to playing his drums people would say “he loved to read.”

As Rush’s primary lyricist he loved to write too. His website is closed now, of course, but often- and especially when the band was on tour- I would check in to read his stories and travelogues about the motorcycle trips he took between gigs, often accompanied by his friend Brutus. Then there are his books, detailing the more epic journeys; 7 in all, most of which I’ve read. For me the most profound is 2002’s Ghost Rider: Travels On The Healing Road, which recounts the epic motorcycle trip he took through the Americas to contemplate his life and come to grips with the death of his daughter in 1997 and his wife Jackie the following year. Reading it also helped me come to grips with some personal issues and loss of my own- it might have pleased him to know that.

Through his thoughtful lyrics as well as his books and website posts, I came to know Neil Peart as a perpetually curious person, hungry to learn all about the world around him and the roads he travelled. When I think of him tonight, “Great drummer” is not the first thing that comes to mind, but rather a genuinely inquisitive man, kind of soul and gentle of spirit. As I’ve been reading the many tributes and reprinted interviews since the news broke, that view has been reinforced and underlined in bold.

Remarkable drummer? Yes, and we have all those Rush records to listen to when we want to remember his obvious skills. I never met him yet through his writing I like to think I came to know him, at least a little. Family and friends knew him better than you or I ever could, but it doesn’t seem far fetched to think that he some of himself available to us too through his work. At 67, he was much too young to die… but we can take small comfort in knowing that his was a life very well lived.