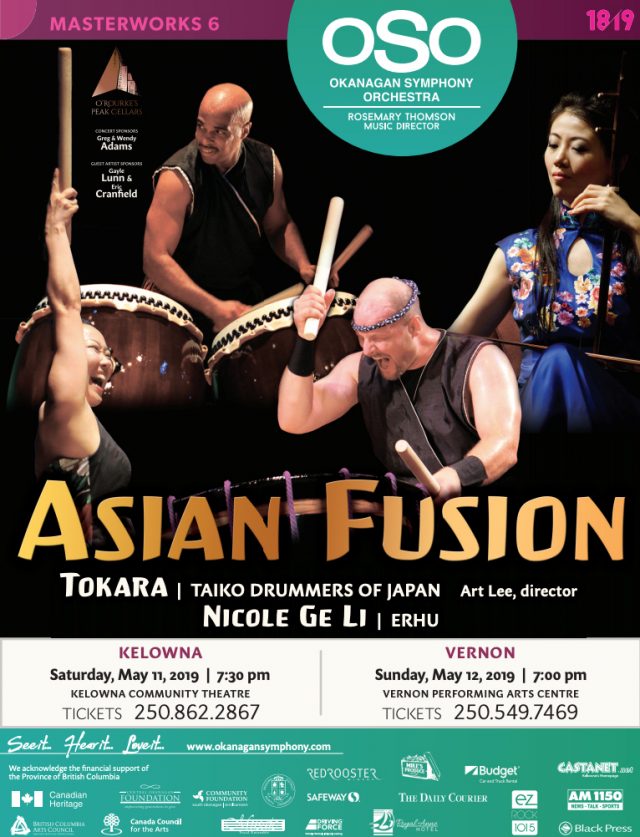 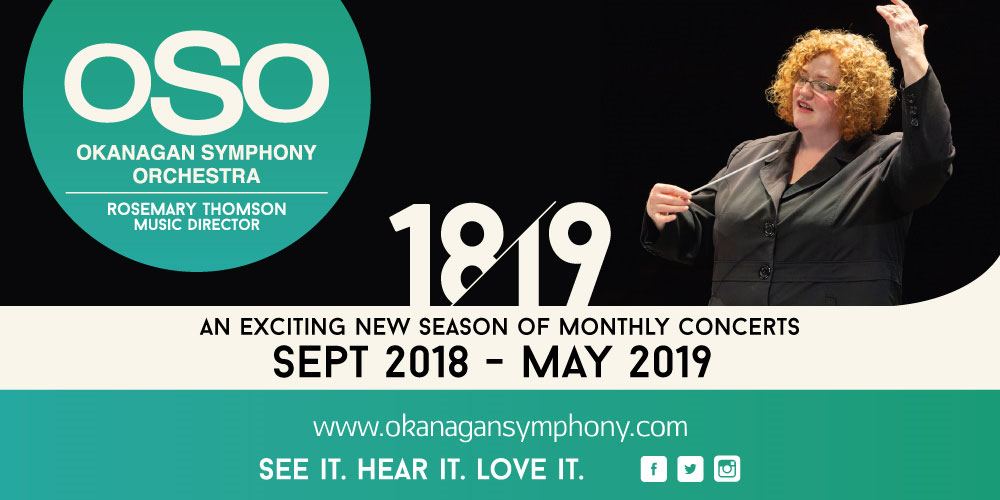 The Okanagan Symphony Orchestra and Music Director Rosemary Thomson present our final concerts of the 18/19 season during Asian Heritage Month, with a celebration of Asian sights and sounds fused with traditional orchestra. We are proud to be sharing the stage with several talented guest artists: Nicole Ge Li, Art Lee and Tokara Taiko drummers of Japan.

Featured on this colourful program will be instruments and musical traditions of Chinese, Japanese and Korean origin. Among the compositions to be performed is Tan Dun’s Erhu Concerto, based on his Oscar-winning score for Ang Lee’s Oscar-winning film, Crouching Tiger, Hidden Dragon.

Composed in six short movements, this beautiful lyrical score will feature guest artist Nicole Ge Li on erhu – often referred to as the ‘Chinese violin’. Li is known for her interpretive expressiveness, stylistic versatility and ability to transverse a wide range of musical genres from the East to the West – a perfect complement to the theme of these concerts. In addition to her performance credentials, Li is currently a Director of the B.C. Chinese Music Association and Erhu Instructor at the VSO School of Music.

We are also excited to once again join forces with Art Lee as he directs the Tokara Taiko drummers to open and close the concert program. Lee has become one of the most highly regarded taiko artists throughout the world of Japanese performing arts as well as one of less than five non-Japanese musicians who have been granted the title of “Master Taiko Artist” within the taiko community in Japan. Under Lee’s direction, the Tokara drummers tour within Japan as well as internationally on an annual basis.

Music Director Rosemary Thomson says, “I am so looking forward to rehearsing and performing our Asian Fusion concert as part of Asian Heritage month. Fusion can be defined as the process of joining together diverse elements to form one entity. The composers featured on this program have done just that by melding the instruments and musical elements of Chinese, Japanese and Korean music with the symphonic traditions of the west. The results are magical and thrilling, creating a brand new sound. The evocative erhu soars and the taiko drums bring a visceral excitement that give a whole new sound to the OSO.”

Tickets for all shows are also available online at www.okanagansymphony.com/tickets/ 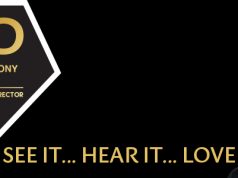 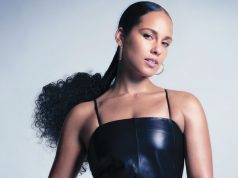