Home GO! - Music General The Contenders Tour of the Okanagan 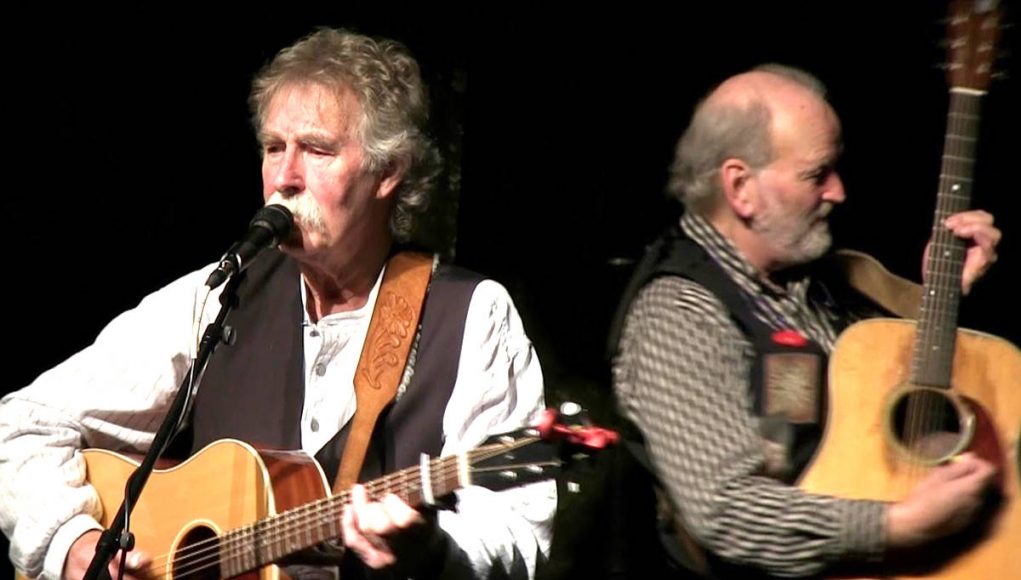 The Contenders Tour of the Okanagan

Gary Fjellgaard and Valdy have long been part of Canadian folk and country music royalty and they look forward to continuing their amazing run of success as the dynamic duo that make up The Contenders.

Since forging a partnership dating back almost two decades, Fjellgaard and Valdy will return to the Okanagan Valley to perform five gigs in the coming days, including performances in Lake Country, Salmon Arm, Kamloops, Summerland and Sunday evening at the Frank Venables Theatre in Oliver.

For the better part of the last 20 years, The Contenders have delighted audiences across Canada with their distinct western-roots-folk style of music that champions old-fashioned values and the frontier spirit.

Valdy is a household name in Canadian music history as a multiple Juno Award-winning singer-songwriter, while Fjellgaard was inducted into the Canadian Country Music Hall of Fame back in 2005. Both men are recipients of the Order of Canada.

During a phone interview from his home on Gabriola Island home in British Columbia’s Gulf Islands – Valdy has been a longtime resident of nearby Salt Spring Island – Fjellgaard said he’s thrilled to be able to continue a music career that spans more than 50 years.

“It has been close to 50 years and that’s a long time,” said the amiable and friendly country crooner. “I actually got into music full-time quite later in my years. I think I was 29 or so when I quit my job and went into music full time. That’s quite a lot of years and a lot of songs and I just feel grateful to be part of the business all these years and make a good living at it.”

His partnership with Valdy and formation of The Contenders dates back many years ago.

The upcoming tour will be their 18th annual tour of the Okanagan.

Their musical collaboration and friendship was initially formed back in 1976 when Valdy recorded a song Fjellgaard wrote called Me and Martin, a tune he penned about his favourite guitar.

“That was the biggest thing that had happened to me at that particular time,” said Fjellgaard. “I got to know him then and we would continue to run into each other here and then over the years. We finally decided in the late 1990s that we would get together for a couple of dates and we did what we called a creek tour in Alberta in Pincher Creek and Bragg Creek and they were both sold out and went incredibly well. We decided we would write some songs together and put out a new CD so we did that and the rest, as they say, is history.”

While Valdy still performs regularly across the country, Fjellgaard has a limited touring schedule with The Contenders.

“We both still do solo performances, but Valdy is kind of all over the map and travels a lot more than I do,” he said. “I don’t go out on a steady diet of touring any more like Valdy does, but we still do our shows as The Contenders on a regular basis. I just wait for the phone to ring and we agree on what shows we’re going to do together.”

Through their shared love of music, songwriting and performing together, he and Valdy have forged a very strong friendship, said Fjellgaard.

“In all the years we’ve toured together and travelled together, I don’t think we’ve ever, ever had a bad word to say about each other,” he said. “It’s just been a great friendship and mix. We’re absolutely great friends. He was just over on Sunday actually to pay a visit so we could run over some of the tunes we will be playing on this tour.”

During the upcoming tour of the Okanagan, Blu and Kelly Hopkins, who are good friends of Valdy and Fjellgaard, will be the opening act.

The shows on this tour will feature The Contenders taking the stage together, before Valdy and Fjellgaard perform individually, before coming back together at the end of the show to play several more tunes.

“We usually do eight or nine shows in the Okanagan, but this year we’re only doing five,” he said. “We always love coming back to the Okanagan and it’s a beautiful part of this country.”

Fjellgaard said he’s thrilled with the resurgence in the popularity of traditional country and western and roots-style music he and Valdy have made a career from.

“I feel very fortunate,” he said. “We’re lucky the type of music that we do has proven longevity,” he said. “A lot of today’s music comes really fast and goes just as fast and doesn’t have a lot of lasting impact. You have to stay true to your roots and the music you love. I think that’s so important. It’s still exciting.”

With their annual tour of the Okanagan dating back almost 20 years, The Contenders have established a strong fan base across the region and he’s looking forward to playing to full houses during the 2019 tour, he said.

Stops on the Okanagan tour include stops at the Creekside Theatre in Lake Country on Wednesday, Oct. 30, Carlin Hall near Salmon Arm on Thursday, Oct. 31, the Sagebrush Theatre in Kamloops on Friday, Nov. 1, Centre Stage Theatre in Summerland on Saturday, Nov. 2.

For tickets or more information on Wednesday’s show in Lake Country, visit www.lakecountry.bc.ca.

For tickets or more information on Thursday’s show at Carlin Hall near Salmon Arm, visit www.carlinhall.net.

For tickets or more information on Friday’s show at the Sagebrush Theatre in Kamloops, visit www.sagebrushtheatre.ca.

For tickets or more information on Saturday’s show at the Centre Stage Theatre in Summerland, phone 1-250-494-0447.

Tickets for Sunday’s show in Oliver are $25 and are available online at www.venablestheatre.ca.