Home Internet The Tesla Model 3 Is Here: What Does This 35k Electric Car... 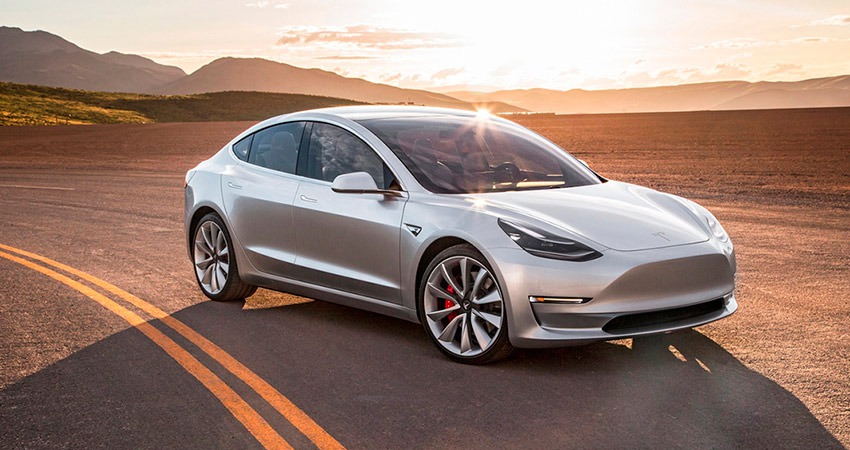 The Tesla Model 3 Is Here: What Does This 35k Electric Car Offer?

The very long awaited and promised Tesla Model 3s is here. Some folks see it as the cheapest car by Tesla – and others refer to it as the optimal 220-mile electric car that every family should have.

What’s very obvious – and attractive for us – is its price tag. For only $35,000, the Tesla Model 3s comes in different versions ($35k is the Standard Range Plus model) and configurations.

The “Incredible Car” Will Be Sold Exclusively Online

According to Elon Musk who is the founder and CEO of Tesla, “this has been the goal from the beginning.” Musk described the Model 3s as “an incredible car.” To prove that it is really special, the company has been shifting all of the sales worldwide to online only, so that no one could buy the Tesla Model 3s through one of the company’s stores.

By moving the sales online, Tesla believes that it will lower the price of its cars by 6%, which is how the Model 3s got to its original $35,000 price point. Meanwhile, the other versions of this car include the “Standard Range Plus” model which is available for $37k with 240-mile capacity, a top speed of 140 mph and 0-60 mph in 5.3 seconds.

For those of you who are asking themselves what’s new, the Model 3 has an all-glass roof and manual seats that come in black and other colors (at an additional cost). According to Musk, the new Model 3s will be available in Europe and China in “three to six months.”

What’s also new is that Tesla said that it will now allow buyers to return any car within 7 days or 1,000 miles and get a full refund.

“Quite literally, you could buy a Tesla, drive several hundred miles for a weekend road trip with friends and then return it for free,” the company said in a blog post.

Until we get our ‘free test rides’, all we can do is thank Musk for rolling out an electric car model for this cheap. Even he admitted that it is “excruciatingly difficult to make this car for $35,000,” adding that electric cars at this price tag won’t exist for at least two to three years from now.