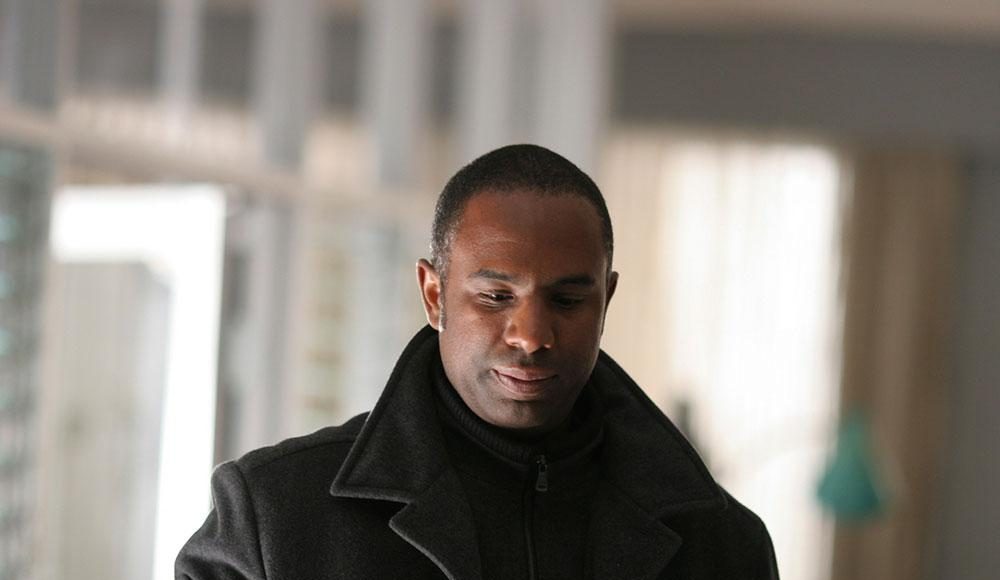 The National Gallery of Canada announced today that Vancouver-based artist Stan Douglas will represent Canada at the 59th Venice Biennale. Douglas is recognized as one of the country’s most acclaimed contemporary artists whose multidisciplinary works, including films, photographs, and, more recently, theater productions, often reflect on the dynamic potential embedded in pivotal historical moments.

“Stan Douglas is one of this country’s most internationally respected artists and we are thrilled to be supporting the development of a new work for the Venice Biennale.” said Sasha Suda, Director and CEO, National Gallery of Canada. “This is the only international visual arts exhibition to which Canada sends official representation. As owner and commissioner of the Canada Pavilion in Venice, the National Gallery of Canada is in a perfect position to share with the world what Canadians are most excited about in art”.

“It is a privilege to nominate Stan Douglas as Canada’s representative to the 2021 Venice Biennale. Douglas is one of the country’s most internationally respected artists, with a practice recognized for its critical imagination, formal ingenuity and deep commitment to social enquiry. In conversation, the jury cited the artist’s continuing re-imagination of the mediums of photography and multi-channel film and video installation, together with his paradigmatic investigations into the relation of local histories with generational social forces. The currency of Douglas’ practice is especially relevant in the context of the Biennale’s global dialogues, and the jury was unanimous in its enthusiasm for his selection.” – The Canadian Jury Committee

Stan Douglas is a visual artist who lives and works in Vancouver and Los Angeles. His films and photographs have been included in exhibitions internationally since the early 1980s, including at documenta IX, X and XI (1992, 1997, 2002) and in four Venice Biennales (1990, 2001, 2005 and 2019). A survey of his work, Stan Douglas: Mise en scène, toured Europe from 2013 until the end of 2015. From 2014 until 2017 his multimedia theater production Helen Lawrence was presented in Vancouver, Toronto, Munich, Antwerp, Edinburgh, Brooklyn and Los Angeles. Douglas received the International Centre for Photography’s Infinity Prize in 2012, the Scotiabank Photography Award in 2013, the Hasselblad Award in 2016, and was the 2019 recipient of the Audain Prize for Lifetime Achievement. Between 2004 and 2006 he was a professor at Universität der Künste Berlin and since 2009 has been a member of the core faculty in the Grad Art Department of Art Center College of Design in Pasadena, California.

From January 16th to February 22nd, 2020, the prestigious David Zwirner gallery will present Doppelgänger, a two-channel video installation by Douglas that was debuted at the 2019 Venice Biennale, in New York and the work will simultaneously be on view at Victoria Miro, London beginning January 31. The artist’s work is also held in major museum collections around the world including the Centre Georges Pompidou, Paris; Hamburger Bahnhof, Berlin; Tate Gallery, London; The Israel Museum, Jerusalem; Los Angeles County Museum of Art; Museum of Contemporary Art Chicago; The Museum of Modern Art, New York; San Francisco Museum of Modern Art; Solomon R. Guggenheim Museum, New York; the Walker Art Center, Minneapolis; as well as the National Gallery of Canada, and the Vancouver Art Gallery.

La Biennale di Venezia is the largest and most prestigious contemporary art exhibition in the world with more than 80 countries participating. The exhibitions on view at the Canada Pavilion are commissioned by the National Gallery of Canada and produced in partnership with the Canada Council for the Arts. The Canadian representation in 2021 is made possible through the generous financial support of the presenting sponsor Royal Bank of Canada (RBC), and through the National Gallery of Canada Foundation. The next Biennale Arte will take place from May to November 2021.

For more than 60 years, the Canada Pavilion, situated in the Giardini in Venice, has featured the work of the most accomplished Canadian artists, curated by the country’s most renowned curators. Canada’s representation at the international exhibition has played a part in shaping the role and place of Canadian contemporary art within international circles, helping to launch or elevate the international careers of many of the country’s most celebrated artists, including Emily Carr, David Milne, Jean-Paul Riopelle, Alex Colville, Guido Molinari, Michael Snow, General Idea, Geneviève Cadieux, Janet Cardiff & George Bures Miller, Rebecca Belmore, David Altmejd, Steven Shearer, Shary Boyle, BGL, Geoffrey Farmer, and the art collective Isuma.