Home GO! Columnist So, what’s in a name? 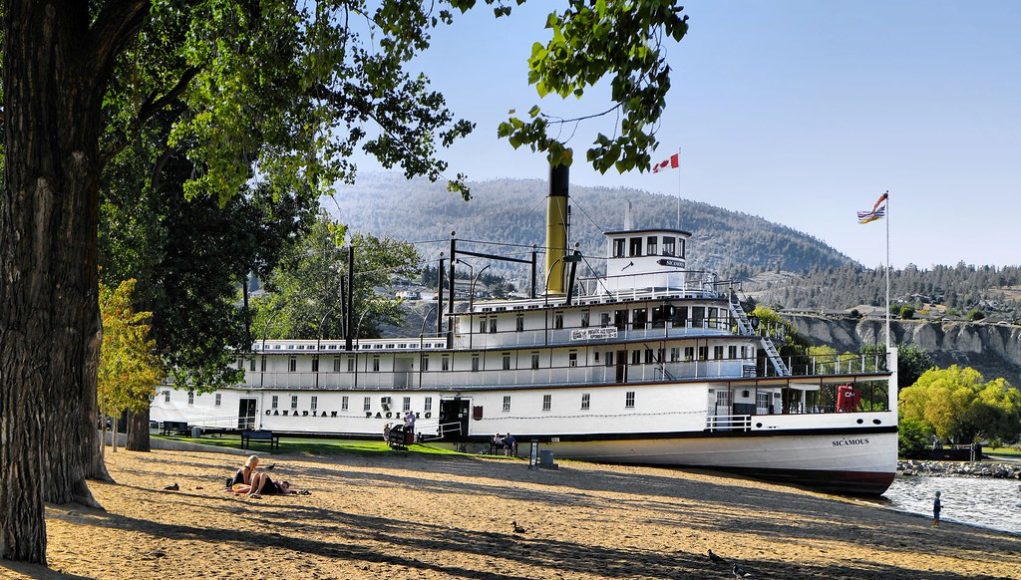 I can comfortably cast credible cause clamming my fixation of connecting names with places was created by Grandpa.

I can likewise blame my ‘collector’ (hoarding) addiction on him as well.

The museum in Penticton is named after Grandpa, though most likely it’s something that should be credited to Grandma. She got so fed up with Grandpa’s massive mounds of local historical memorabilia she finally insisted he find another home for his ‘collection’ – which he begrudgingly did.

By the early 60’s, Grandpa had moved his collection to the famed S.S. Sicamous sternwheeler, run aground at Penticton in the southern end of Okanagan Lake. One might suggest relocating his treasure trove of time to the old boat truly launched the Penticton Museum.

Some of my best childhood memories are of sweeping the decks and helping out on the museum boat every Sunday. Grandpa was curator and Mom … everything else. Years later the museum was relocated to its current location next to the library and renamed the Reg Atkinson Memorial Museum.

All of which is nothing more than just a long convoluted path to my real point – I’m always curious about how things get named and why.

I have the honour of being a St. George’s Lodge 41 member and recently bestowed the duty of helping with the Masonic library and historian work. I’m looking forward to delving into it more come Spring. Fascinating stuff I’m confident.

The original St. George’s in Kelowna was a ‘Moon Lodge’ with meetings only held on full moons when the night sky allowed enough vision to travel. Four times over the first half century of existence fires impacted or destroyed the Masonic halls of St. George’s 41. leaving the fraternity feeling like lost ships at sea. The organization rented various locations over the years before building a Masonic Hall in 1951, which they sold before purchasing their current facility downtown.

Aside from St. George’s sharing its birth year with the City of Kelowna, what most snagged my attention is how the Lodge has significantly influenced or been connected with the town’s history and growth. I never realized how many early pioneers were Lodge Brothers.

Not bad for a small-town, reclusive lodge.

Many current businesses or institutions were begun by Masons and many well known but no longer functioning as well, such as the David Lloyd Jones Home.

Sometime within the next few weeks City Council will be receiving information soon on naming of streets, parks… guidelines and policies and I look forward to being reminded how that all works.

Who decides who, where, what, when and why?

In Penticton (appropriately), they’ve remembered Grandpa more than just naming the museum after him. They also have Atkinson Avenue and Roy Avenue (my uncle) honoured.

What’s in a name?

With Roy Atkinson – that’s another story on another day.