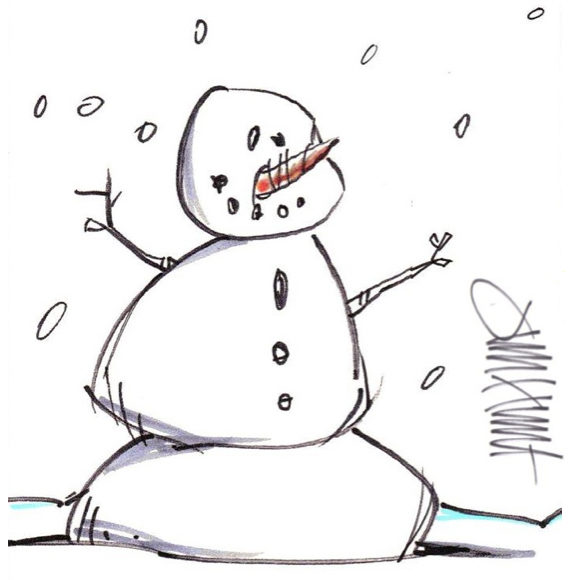 On January 5, 2015 my children received something I always wanted as a kid but never got: a snow day.

“Wouldn’t it be cool if school is cancelled tomorrow?” my 14-year-old son had asked as he watched the flurry of flakes falling outside our living room window on the last Sunday of the winter break.

“Keep dreaming,” I said. “My brother and I used to wish for the same thing and it never happened.”

Monday morning, on their first scheduled day back after their two-week hiatus from school, I was anxious to have the house to myself. I woke Sam and Daisy up, fed them breakfast and made their lunches. As my husband shovelled the driveway for the fourth time in the last 24 hours, I started the truck and the kids got dressed.

“Chelsey said school is cancelled,” my 11-year-old daughter said excitedly as I walked back inside.

Skeptical, I looked online at a local news site to prove that her friend’s text must be mistaken.

“The superintendent says they haven’t declared a snow day in 35 years,” I read from the report. “So unless there’s a major power outage or road closures, schools will be open as usual.”

“Jake said school’s cancelled!” Sam said, bounding up the stairs with a big grin on his face.

“It’s not,” his little sister grumbled. And then Sam looked bummed out as well.

With my boots and coat still on, I decided I’d better double check with the Central Okanagan School District’s website before we left in the truck. To my surprise the site announced a district-wide snow day. After reading the report aloud I stood there in shock as my kids did the happy dance.

When I shared the notice on my Facebook page the reaction was mixed. Some were as stunned as I was, others said they saw it coming and a few thought it was ludicrous.

“We treat our kids today like fine china,” wrote one friend who grew up in a much snowier area with no sidewalks during the ‘50s when they had to walk to school during blizzards. “Give me a break. It’s time for kids to face the inevitable of life’s challenges, such as a snowfall.”

But if enough roads and sidewalks weren’t plowed and the school district’s superintendent deemed it unsafe enough to call for a snow day, I was okay with that.

About an hour later, while Sam, Daisy and our dogs played in a foot and a half of the fluffy white stuff in the back yard, I called my father to ask him if he’d ever had a snow day. He hadn’t either, but he did remember the winter of 1964 when he and my mom were in grade ten and the dress code at their public school in North Vancouver was temporarily altered.

“It was freezing cold so the girls didn’t have to wear skirts or dresses that week,” he said. “But our principal announced on the intercom that even though they were allowed to wear slacks during the storm, they still had to wear their girdles underneath.”

Up until then my dad didn’t even know girls wore those uncomfortable looking compression garments he’d seen on his mother.

“I guess there was a fear of jiggling bottoms or something,” he said, laughing at the ridiculous double standard he and my girdle-wearing mom never questioned back then.

For better or worse times have definitely changed. I believe keeping our kids safe and attempting to equalize the genders are both positive steps in a preferable direction.