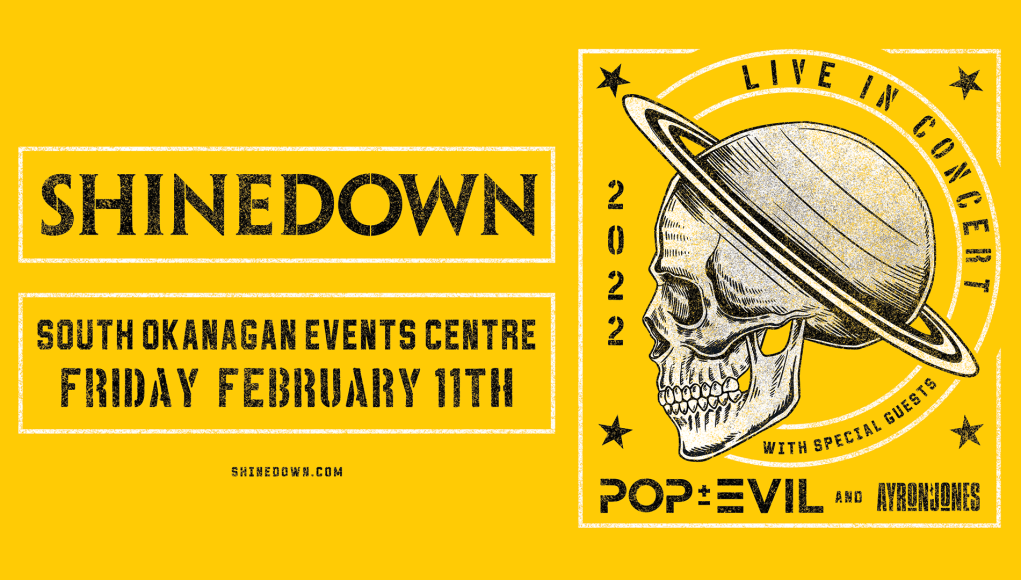 The new tour announcement comes on the heels of Shinedown’s recent release of ATTENTION ATTENTION, the feature film experience of the band’s 2018 record-breaking studio album of the same name, out now via Gravitas Ventures.

ATTENTION ATTENTION is available on digital and cable VOD in the U.S. and Canada on iTunes, Amazon, Google Play, Vudu, Comcast, Dish Network, Verizon Fios, and Mediacom, among others – PRESS HERE to purchase and watch.

ATTENTION ATTENTION is a visual journey bringing to life the story of Shinedown’s acclaimed chart-topping album, their sixth full-length, which has accumulated more than 622 million global streams, debuted Top 5 on the Billboard 200, simultaneously hit #1 on Billboard’s Alternative, Top Rock and Hard Rock Albums Charts, and led to five iHeart Radio Music Award nominations. The film masterfully weaves together the album’s 14 songs — including crossover anthem “GET UP,” the explosive “MONSTERS,” RIAA certified Gold hit “DEVIL,” the rousing “THE HUMAN RADIO,” and title track “ATTENTION ATTENTION.” From life’s lowest lows to the highest highs, what emerges from the film is a powerful and enduring statement about humanity, overcoming struggle, the importance of mental health, not being afraid to fail, and the resolve of the human spirit.

Hailed for their high-octane live shows, Shinedown — who recently wrapped their 2021 fall tour which included headlining festival appearances at Pointfest, 98RockFest, and Earthday Birthday — continues to engender diehard love from millions of global fans and has racked up countless sold-out tours and headlining festival sets.

An ode to vinyl and my stroll down memory lane

The changing of the seasons