Home News Story Science Matters by David Suzuki: The climate is changing rapidly, but the... 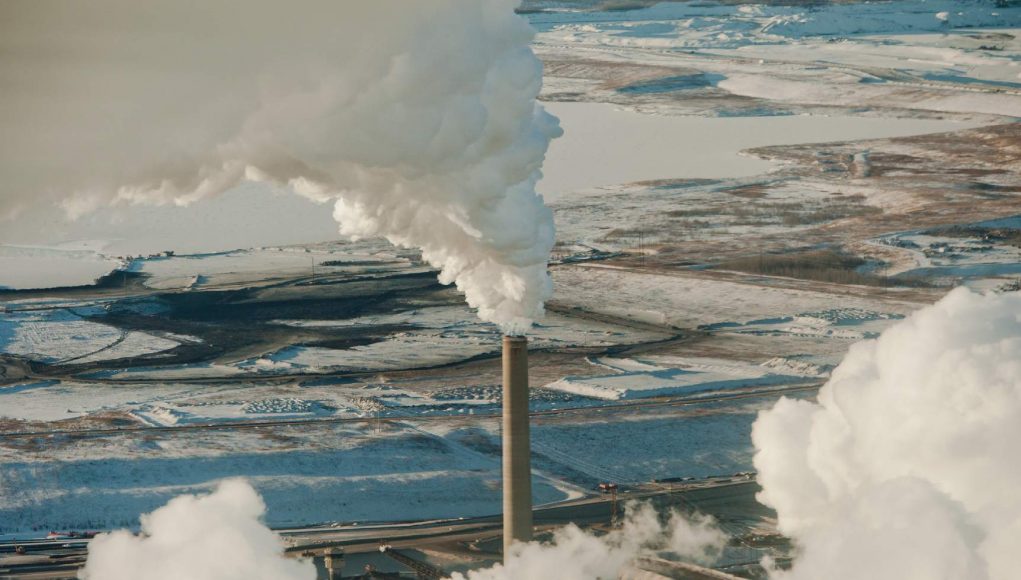 Science Matters by David Suzuki: The climate is changing rapidly, but the oil industry isn’t

It’s easy to think we’re beyond denial over the climate crisis, now that even oil industry executives are talking about taking it seriously. But, as with many politicians, what industry leaders say publicly often belies what they’re doing behind the scenes.

An investigation by Greenpeace project Unearthed has drawn the curtain back on this duplicity. Investigators posing as recruitment consultants contacted two senior Exxon lobbyists who revealed the company’s ongoing campaign against efforts to address the climate emergency.

During a May Zoom call, Keith McCoy, a government affairs director in Exxon’s Washington, D.C., office, admitted the company’s public support for carbon pricing was little more than a talking point.

“Nobody is going to propose a tax on all Americans and the cynical side of me says, yeah, we kind of know that but it gives us a talking point that we can say, well what is ExxonMobil for? Well, we’re for a carbon tax,” he said.

Dan Easley, who left Exxon in January after working as chief White House lobbyist during the previous U.S. administration, talked about the company’s wins under Trump, including a corporate tax rate cut, which was “probably worth billions to Exxon.”

…we invented a system based on profit and endless growth, one that encourages rapid exploitation of nature, avaricious accumulation and rampant consumerism.

Under our current system, money is more valued than life. We share a planet, fuelled by the sun, that provides everything we need to live and live well. But we invented a system based on profit and endless growth, one that encourages rapid exploitation of nature, avaricious accumulation and rampant consumerism.

Early 20th century industrialists figured that if everyone drove around in inefficient gas-guzzling behemoths sold as “freedom,” it would be a win-win, providing endless profits for the auto and oil industries. And we were off! No worries that fossil fuels — concentrated stores of solar energy that took millions of years to form — are finite and should be used wisely. Who cares that burning them extravagantly creates pollution and drives climate disruption, putting our health and all life in peril?

There’s money to be made, the bulk of it concentrated in the offshore accounts of a few.

This summer, “heat domes” spread across western North America, coinciding with record low tides to wipe out billions of hardy intertidal plants and animals such as clams and mussels. June heat records broke worldwide, from northern Europe to India, Pakistan and Libya.

Devastating European floods shocked even the climate scientists who have been predicting them. Parts of Tokyo were drenched by the heaviest rainfall since measurements began.

Last year, another global heat record was broken. If June’s record-breaking temperatures are any indication, this year will be among the top 10 hottest, with even hotter years looming.

What the hell are we doing?

Why are we letting industry get away with disrupting the climate past the point of survivability?

Why are we letting industry get away with disrupting the climate past the point of survivability? Why are we letting governments subsidize and promote oil, gas and coal with tax and royalty breaks, pipeline purchases and nonsensical “war rooms” and inquiries? Why do we put up with major media outlets and industry continuing to spread dangerous climate misinformation when the science couldn’t be clearer? Why do we listen to deniers at all?

The only necessary conversations about the climate crisis now are about solutions. Because industry and governments have been yammering about a gradual transition for decades while doing as little as possible to transition at all, we’ve missed the opportunity for “gradual.”

It’s all interconnected. That means what we do as individuals matters. But, as much as personal measures like conserving energy and switching from cars to active or public transport are important, what’s really needed is public pressure. Get involved with others in your community, join climate strikes and actions, write to or call your political representatives and talk to people you know to help build momentum.

People who derive their wealth and privilege from continued, wasteful exploitation of fossil fuels are not going to change overnight. Now we have to.