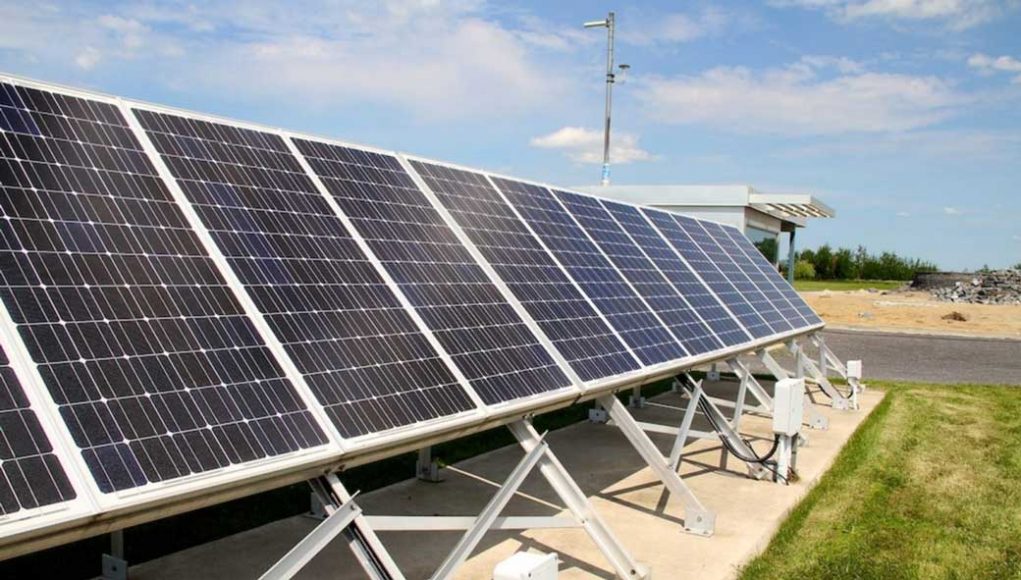 One long-held excuse for not getting off oil, gas and coal faster is that energy sources like solar and wind only work when the sun’s shining or the wind’s blowing. Now, rapid advances in energy storage technologies, along with falling prices, have rendered that excuse meaningless.

That doesn’t mean there aren’t challenges, from the environmental impacts of battery production to the scale of renewable energy and storage needed to move from fossil fuels and keep the world from overheating beyond 1.5 C. Considering the alternative — continuing to burn limited supplies of environmentally destructive, polluting, climate-altering fossil fuels — the sane course is the cleaner path.

It’s fast becoming less expensive to generate electricity from renewable energy than from fossil fuels and new nuclear plants. “More than half of the renewable capacity added in 2019 achieved lower electricity costs than new coal. New solar and wind projects are undercutting the cheapest of existing coal-fired plants,” a 2020 International Renewable Energy Agency study found, adding the trend will continue.

Costs to store energy are also falling quickly. That means energy produced when there’s an oversupply (during daylight hours with solar, for example) can be stored for use when it drops (at night for solar).

It shows that government policy and technological innovation can produce results.

It shows that government policy and technological innovation can produce results. Many gains in battery storage are a result of clean energy and fuel policies and tax incentives that sparked advances in increasingly smaller, cheaper and more efficient lithium-ion batteries for electric vehicles. Higher-capacity batteries for power storage were the next step.

Batteries aren’t the only way to store energy. For example, hydro facilities can pump water from a lower to a higher reservoir during off-peak hours and release it through turbines when demand is high or when solar or wind aren’t available. Compressed air storage offers another method.

But lithium-ion batteries are currently among the best methods for efficiently storing energy. Because battery installations are made of stacked cells, they can be employed at the scale needed.

One issue is that obtaining materials for batteries often comes with environmental and human rights abuses, especially for minerals like cobalt, most of which comes from Africa. Lithium and nickel also come with problems, although strong environmental regulations can help fix those.

Technological advances aim to reduce social and environmental impacts, with better mining methods, improved recycling and more efficient batteries that use fewer or none of the most problematic elements.

Technological advances aim to reduce social and environmental impacts, with better mining methods, improved recycling and more efficient batteries that use fewer or none of the most problematic elements. And because many lithium-ion batteries are mainly useful for storing energy over short periods (up to four hours), other medium- to long-term storage options are also being developed. Along with improvements to lithium-ion technologies, research continues into flow, sodium-ion, zinc, liquid metal and other types of grid-storage batteries.

It’s important to note, though, that even today’s renewable energy and storage technologies don’t cause nearly as much environmental and social damage as exploiting and burning coal, oil and gas for energy.

Thanks to good policies and a culture of innovation, California leads the world in deploying high-capacity batteries to balance renewable sources’ intermittency. At Monterey Bay, a massive former gas generator is being converted to the world’s largest battery energy storage system, with capacity to discharge enough electricity to power about 300,000 homes for four hours when energy demand outstrips supply. It’s one of a number of projects in the state.

Renewable energy and storage are gaining momentum in other parts of the U.S. and worldwide, in countries including the U.K., Lithuania, Australia, Germany, Chile and Saudi Arabia.

Distributed energy — small-scale power-generation systems operating as an alternative or enhancement to the grid system — can also speed the deployment of renewable energy. At the individual level, a house or workplace could generate power from solar or wind and store excess energy in a lithium-ion car or similar battery, even selling excess back to the grid.

As a recent International Energy Agency report pointed out, there’s no room for new coal, oil or gas development in a rapidly heating world. It’s time to clean up our act. No more excuses!

Hodgepodge by Charlie Hodge – I’m the luckiest person I know