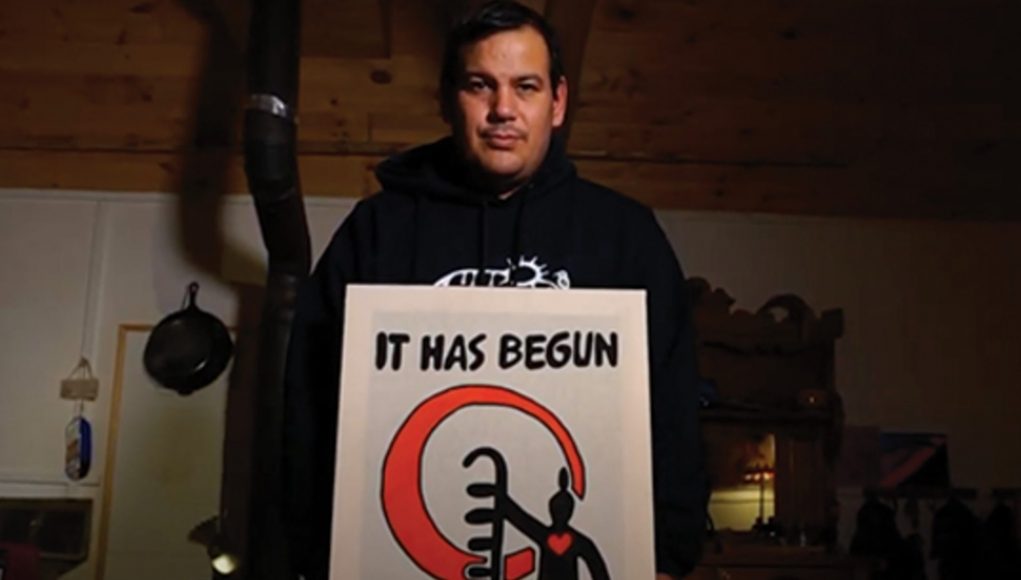 In this time of facing uncomfortable truths about past and ongoing harms inflicted on Indigenous Peoples and others, it’s important to understand the history of colonial oppression, and the roots and goals of Land Back and what it means.

It’s not just about land. In the first of three short Land Back videos (about 12 minutes each) — “Past,” “Present” and “Future” — Ojibwe journalist Jesse Wente says, “It’s about self-determination for our Peoples here that should include some access to the territories and resources in a more equitable fashion, and for us to have control over how that actually looks.”

Throughout Canada’s history, Indigenous Peoples have been forced from the lands that sustained them for millennia to ever-diminishing “reservations” so colonizers could exploit “resources.” Even national parks, including Jasper and Banff, and municipal parks like Vancouver’s Stanley Park, were created after the original people living there were expelled.

As Jasper’s website says of the park’s creation in 1907, “Indigenous peoples were considered incompatible with nature and so couldn’t live in, hunt, or harvest within park boundaries. First Nation and Métis peoples were physically removed from the landscape, blocked from accessing it and banned from harvesting plants and animals, holding gatherings and accessing cultural sites.”

Most federal and provincial Crown lands are viewed as storehouses of timber, oil, gas and minerals to be exploited and mostly exported. Indigenous Peoples have no say over what happens on most of it, so land defenders have to step in.

Wente argues that Canada was established more as an “extractionist corporation” than a country.

“When Canada formed and became its own country, they created something called the Indian Act, which was to force people off their traditional lands, have them contained onto reservations and then filtered into colonization so that they would never, ever become a threat to resource extraction.”

Anishinaabe storyteller and artist Bomgiizhik agrees: “When Canada formed and became its own country, they created something called the Indian Act, which was to force people off their traditional lands, have them contained onto reservations and then filtered into colonization so that they would never, ever become a threat to resource extraction.”

As with the recent finding of 215 children buried on the grounds of the former Kamloops Residential School (and evidence of many more throughout the country), growing awareness of missing and murdered Indigenous women and girls, the appalling foster care and “’60s scoop” systems and more, these issues are not history; they’re ongoing, with impacts that continue through generations.

Ultimately, Land Back is about confronting these colonial abuses and charting a new path. But it holds different meanings for different people.

Anishinaabe-Ininew 4Rs Youth Movement co-ordinator Ronald Gamblin writes in a blog, “When I hear Indigenous youth and land protectors chant ‘Land Back!’ at a rally, I know it can mean the literal restoration of land ownership. When grandmothers and knowledge keepers say it, I tend to think it means more the stewardship and protection of mother earth. When Indigenous political leaders say it, it often means comprehensive land claims and self-governing agreements. No matter what meaning is attached, we as Indigenous nations have an urge to reconnect with our land in meaningful ways.”

It’s about responsibilities as well as rights. Beverly Jacobs, acting dean at the University of Windsor’s law faculty and a member of the Haudenosaunee Confederation, says Indigenous laws are about responsibility, relationships and reciprocity. “It isn’t until we bring in the colonial law that all of a sudden we’re talking about rights,” she says, noting that rights are based on the individual whereas Indigenous law is based on responsibility to “all our relations,” including land.

The goal is to move forward together, not return to some idealized past. “Every relationship evolves, and our relationship with land has to be one that accepts our modern circumstances as Indigenous People,” Anishinaabe-Métis associate professor Aimée Craft says.

Bomgiizhik says Canada must listen to Indigenous Peoples not just when they’re protesting or blockading. “How we’re going to win is by people working together and actually getting on the land and building sustainable economies with their bare hands.”

Land Back is rooted in Indigenous Peoples’ rights and responsibilities, but it’s also about finding a better way forward for everyone who lives here.