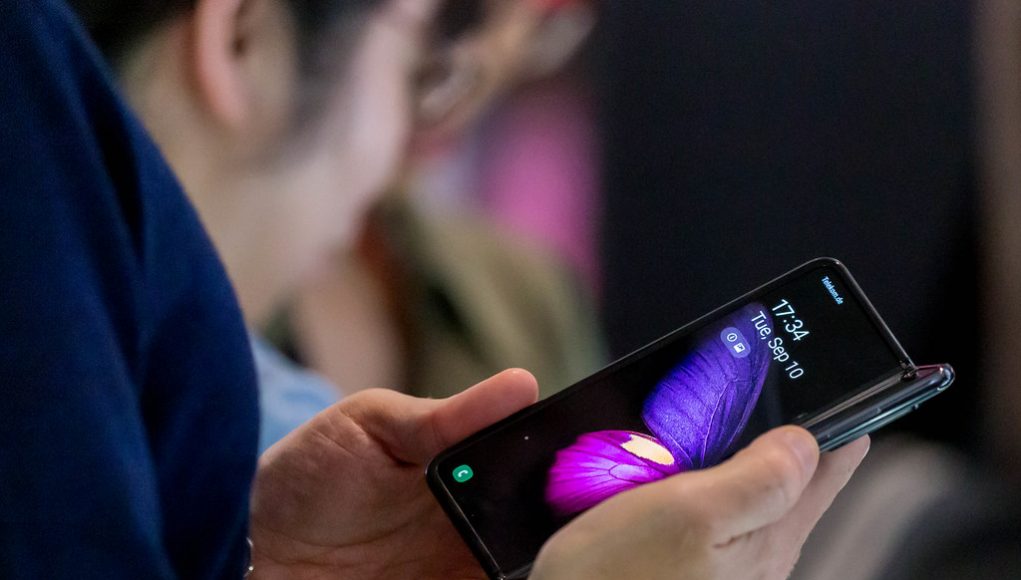 If you are reading our technology news section, you probably know that Samsung and Apple are quite the innovators in the smartphone race.

The South Korean manufacturer (Samsung) made a lot of waves this year when it unveiled the Galaxy Fold – a smartphone which folds itself – but one that is also very fragile.

Today, we are reviewing this smartphone in detail.

Samsung Galaxy Fold Is Not Just A Fancy Flagship Phone

First of all, the Galaxy Fold is a model which can be folded into half, yet comes with a very big screen which actually folds. This revolutionary feature is certainly a precursor of many new things to come. Reports show that foldable smartphones may kick back the trend and analysts agree that there may be a future of foldable phones.

In this manner, Galaxy Fold is definitely a smartphone that wants to pioneer the space. On its surface, it looks very good. The features tell the same story – this foldable piece packs a Qualcomm Snapdragon 855 processor, a nice 12GB of RAM and 512 GB of internal storage.

There are six capable cameras and additional features which make this phone usable and practical. Well, practical up to the point of folding, which makes some of us confused.

The Folding Comes With A Twist

Remember the old phones which were foldable?
Yes, the ones you could snap without worrying that you will damage their screen.

Well, this is definitely not the case with the Galaxy Fold model by Samsung. Because the folding happens over the screen, you need to be careful when folding it and think of every snap and how it could damage the flexible display.

On the other hand, opening the phone with one hand is nearly impossible (and Samsung advises against doing that). It also attracts a lot of smudges and dust particles and with that said, the Galaxy Fold may not be the most practical phone out there.

However, it is definitely a predecessor of many new designs and something we must accept as “the future of folding phones.” For many, it may not be the perfect phone they need – but the screen folding is a feature which proves technology is always one step ahead of the consumer.