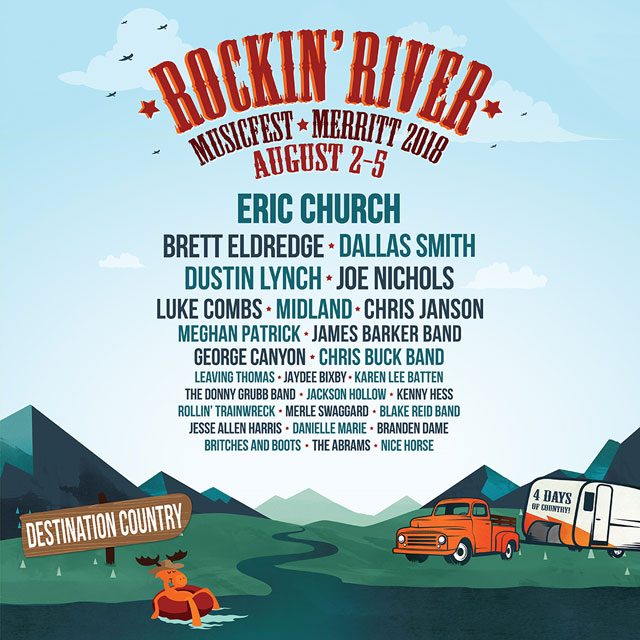 The partnership between Live Nation Canada and Rockin’ River Music Fest will focus on providing country fans of all ages a premium festival experience in one of the most picturesque locations imaginable. In addition to 4 days of top country music in a truly spectacular setting, the 2018 event will also feature expanded onsite amenities, additional late-night saloons, a variety of camping options, as well as opportunities for offsite experiences such as guided fishing, horseback riding, ATV tours, and more.

“Kenny and his team are developing Rockin’ River Music Fest to be one of the most celebrated destination events in the country and we’re excited to now be a part of it,” said Paul Haagenson, President, Live Nation Canada. “Music fans of all ages love this beautiful festival site, which has a long and rich history of hosting country legends like Johnny Cash, Merle Haggard, Tim McGraw, Alan Jackson, Kenny Chesney, and more.”

“After 8 successful years, we have been looking at how we can take Rockin’ River Music Fest to the next level. This partnership with Live Nation will give us the ability to access the company’s scale and talent pool, bringing more acts and an even better experience to country fans across the area,” said Kenny Hess, Founder of Rockin’ River Musicfest. “Fans are in for the biggest and most incredible festival weekend yet!”

Known for its unique location in the Country Music Capital of Canada, Merritt BC, Rockin’ River is a festival lover’s dream destination. With the Coldwater River running through the centre of the site, the festival is easily accessible from across British Columbia and Alberta, and provides a country camping and festival experience second to none. In addition to the spectacular backdrop, the festival features an incredible lineup of artists, stunning camping sites along the river, and more. Fans have a variety of pass, parking, and camping options to choose from and are encouraged to follow the festival’s social media pages for exclusive announcements. 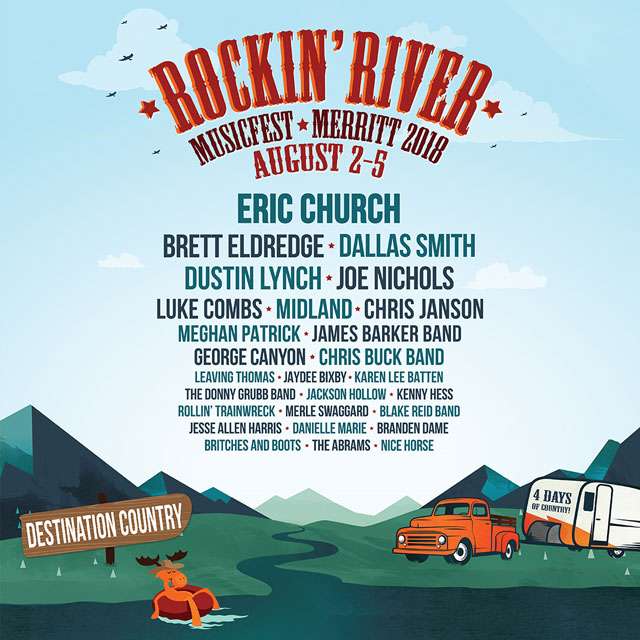