Trekkers thought Star Trek had moved on from The Next Generation. Even Patrick Stewart thought Star Trek: Nemesis was the last time he would ever play Captain Jean-Luc Picard. But CBS All Access had the idea to do a new streaming series based on his character.

Star Trek: Picard picks up with Picard long retired from Starfleet until a new adventure comes calling. His old crew mates Brent Spiner, Jonathan Frakes and Marina Sirtis have been confirmed to appear on the show too. Gonzo was in a roundtable interview with Patrick Stewart for Star Trek: Picard and got to ask him a few questions. The show premieres January 23 on CBS All Access.

Gonzo: Since it’s been 18 years since you played Picard, were there any threads from the last film you were hoping to pick up again?

PS: Not specifically, no. What I hoped we would address and what I talked about in our early meetings before I accepted the offer was that we would not be reflecting Next Generation so much as the world the way it is today and how it has changed in the 19 years since we wrapped the film, Nemesis because it has changed.

Q: Are you surprised they came up with a story that made you want to play Picard again?

PS: Astonished. It was the one thing I was convinced of: No more Star Trek, no more Jean-Luc Picard but a combination of the world we’re living in and the nature of what they pitched to me, and their agreement with me that we should not be referencing constantly The Next Generation and that we were living in a changed world and Picard was a changed character. That was very important because that was the stimulus that made me embrace this role and want to examine it as closely as possible.

Q: Where there any things that were important not to change about Picard?

PS: I don’t think there was a specific something. Patrick Stewart and Jean-Luc Picard finally overlapped round about season three. There was no separation between them. I was him, he was me. I came very quickly to know how in any situation he was going to react. I didn’t have to work it out. I had an instinctive feeling about it. That exists still even though the world that he is living in and in which he is very uncomfortable has changed so dramatically. That’s the most important thing for me and when we meet early in episode one.

Q: What was the moment you decided you were in?

PS: I think that moment must be sitting with my wife over a glass of wine. We share all these things that are happening to us. She was a fan as a child. She’s very much younger than me. And she kind of stayed very much in the middle of the road about this but when I said I’m going to do it, she was absolutely thrilled and delighted and that for me gave me a huge amount of support. She doesn’t always go for things. This time she did.

G: How does this show balance the action of the Star Trek films with the intellectual and philosophical science fiction of Gene Roddenberry?

PS: Well, it is hard to reflect on what Gene’s reaction might be to this. Gene was insistent that contemporary references, particularly to the state of the world and politics should be kept as minimal as possible. That changed when Rick Berman took over after Gene’s death. We became more contemporary reference-wise and I very much wanted Picard to be like that too. We are living in a very, very turbulent and dangerous world. Our primary job is entertainment but our secondary job is to make a better world.

Q: When you have scenes with Brent Spiner, Marina Sirtis and Jonathan Frakes again, do they have a different energy now?

PS: Oh, necessarily yes. Inevitably they do. We have a 30 year history. One of the great things that came out of Next Generation is that the seven, eight, nine of us are even closer now than we were then when we wrapped the show. It’s a love affair with these people. I adore them. They are most of them are going to be at the premiere which means a lot to me. There was one day when we were the episode which has Marina and Jonathan. We were shooting the episode and who should turn up that day to visit us on set but LaVar Burton and Michael Dorn. So we have Worf and Geordi there as well and it was for me a little overwhelming.

Q: How different is it working in streaming than when you were on the air in the ‘80s?

PS: It’s funny, I was talking about this doing an ADR session yesterday. We were talking about how the quality of some of the technology used for making film has changed and is becoming more and more delicate and more and more subtle in the way that it’s worked and that we’ve moved on to talk about acting. The same thing is happening in the world of acting and it’s exciting for me to be sharing a set with actors, a group of actors who are so much younger than me with very, very different experiences but valuable experiences.

Q: What does Michael Chabon bring to his writing of Picard?

PS: Oh, a profound understanding of character and how character can affect narrative. And what makes a character distinctive. To discuss ideas with Michael Chabon is an exhilarating experience. For one thing, he is astonishingly open and generous. I had actually never read a Chabon book until two years ago. I’ve been devouring them. He has other projects coming up as well.

Q: He’s won a Pulitzer. What level of writing are you seeing on the show?

PS: Well, I’ve already expressed the impression that Michael has had on me. I was first of all terrified of him because novelists have always been a kind of menace to me. I don’t understand how it works being a novelist. Michael has been actually very open and very generous in talking to me about how he works and what that means to him. Mind you, the hours at which he works are very eccentric but then I’m told that that is not uncommon amongst novelists.

Q: When they say “Be the captain they remember,” does that also guide you returning to the role?

PS: It did actually. It rather moved me when I first read that. And that it should be said by a Romulan to me was especially impactful. I know for certain that actress is coming back in season two and I’m delighted because she’s fantastic.

Q: When you heard ‘Make it so,’ did you know that would be a catch phrase?

PS: No, I didn’t. I was told it was a phrase that Gene Roddenberry’s commanding office used all the time and he insisted that it go into the show.

Q: What is the best part about playing Picard again?

PS: The sense of camaraderie that I have with our cast. These are remarkable people, each one of them. We have quite a diverse cast which is something that [producer] Alex [Kurtzman] and I have talked about a great deal. 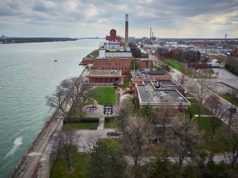