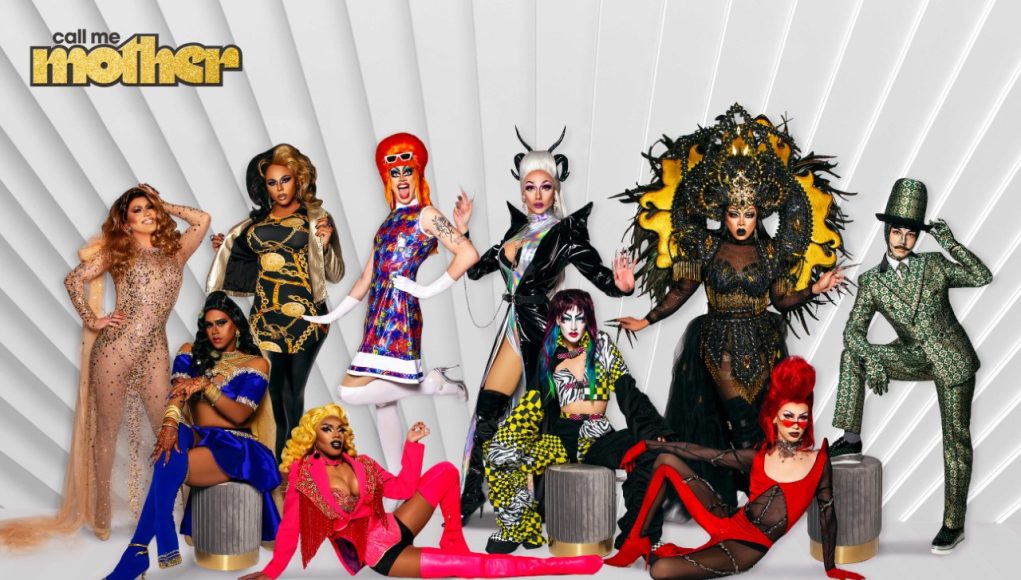 Call Me Mother premieres Oct. 25 exclusively on the network, OUTtv.com, the OUTtv Apple TV Channel and the OUTtv Amazon Prime Channel (where available) on Tuesday, Oct. 25 at 9 p.m. ET/PT, with new episodes each week.

The unscripted reality series, hosted by Dallas Dixon (Entertainment Tonight Canada) will see ten exciting, diverse drag artists vie for a place in one of three new drag houses, and for the opportunity to be mentored by a drag legend.

Over the course of eight weeks, the House of Dulcet (Miss Peppermint), the House of Glass (Crystal) and the House of Harmonie (Barbada de Barbades) will compete as families in a series of challenges designed to test their artistry and elevate their drag. The mother of the losing house must then choose which member of their own drag family will be eliminated.

“We set out to find all types of drag, all backgrounds, all styles. This includes gender expansive performers, I keep thinking of how happy I would have been to receive a call like this, I can’t wait to see what these entertainers bring us!” said Miss Peppermint, Mother of The House of Dulcet.

“One of things I loved about this show was the real focus on support and collaboration – there’s a focus on nurturing and bringing the best out of our adopted children – we’re making REAL drag families with all the drama, hilarity and emotion that entails! Prepare yourself – every elimination is heartbreaking! We had an amazing time making this show and I’m sure everyone is going to LOVE it,” said Crystal, Mother of The House of Glass.

“Call Me Mother is a different kind of drag competition. It not only showcases the artistic aspect of Drag, including the dresses, the hair and the makeup, but also the community, the family and the human aspects of the Drag world,” said Barbada de Barbades, Mother of The House of Harmonie. “Viewers will discover amazing and flamboyant drag artists, and some of the most wonderful human beings.”

Competing for the title of ‘First Child of Drag’ and a grand prize package valued at approximately $50,000 are:

Born from the chaos of dramatic theatre and intensive training, Calypso lives and breathes drag. When not performing, this hardworking starlet can be found backstage creating fabulous looks for other artists, both as a wig master and costume designer.

This Two-Spirit goddess is a self-taught trailblazing diva who has spent the last decade building a flourishing drag scene in her hometown of Kelowna. This burlesque beauty has proved her mettle nurturing up-and-coming drag artists, but how will having a drag mother of her own help her see a new way of doing things?

A fierce queen with a heart of gold, Felicia Bonée is an outspoken activist and regular on the Alberta drag circuit. She claims her biggest strength to be her impeccable lip-sync ability and her go-to song would be “Good as Hell” by Lizzo. #BlackTransLivesMatter

This Drag King is a history-nerd-fashionista with a sharp eye for detail. He loves sewing historical menswear but don’t be fooled by the ribbons and bows, his real mission is to dismantle the patriarchy. Herc’s talents don’t just stop at drag, he’s also an award-winning graphic novelist.

A chef by day and a designer by night, this Filipino queen knows how to put things together. Known for building her own elaborate costumes from scratch, Kiki says the key to making her looks is to find the perfect balance. Can Kiki’s fierce looks hold up in the competition?

This fairy tale dark princess describes herself as a ‘mistress of the dark.’ Having proven herself as the reigning queen of Trois Rivières, she is now in search of a greater challenge. An acting student by day, Narcissa is ready to bring it to any acting challenge.

A pretty pop princess, with a sexy Old Hollywood edge. She loves to shimmy and shake, but with only 6 months of experience as a twirling bedroom queen they are still very new to the world of drag. Rosie isn’t a drama queen per se, but she is a self-admitted agent of chaos who might just spark some fire between the queens.

Sanjina is a shining alter ego born out of confidence, courage, and freedom. After struggling to initially find acceptance in her community, this Fijian beauty chose not to retreat, and instead greets every new drag opportunity with love and openness. From costume, to music, to dance – she wants to share her pride and show the world that there’s nothing more beautiful than when cultures come together to create space for something empowering and new.

Named after their childhood teddy bear, this self-anointed ‘shrill icon’ is a jack of all trades: a drag performer, a comedian, and a classically trained opera singer. This colourful non-binary artist intersects all their talents into an act that shows there is no one way to approach art or gender.

Valerie Hunt brings campy comedy to era inspired fashion looks. Her name is a homage to her late mom Valerie, a wonderfully wild woman who was never afraid to march to the beat of her own drum. She describes her look as a “campy, kooky, over the top, super saturated, larger than life cartoon diva.”