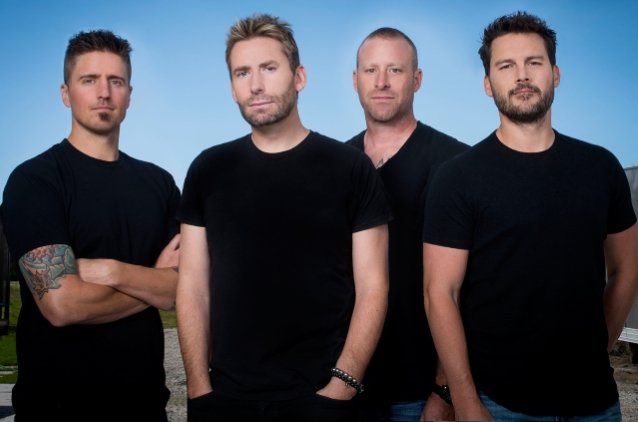 Multi-platinum, chart-topping rock band NICKELBACK is set to hit the road this summer, bringing some of its biggest hits to venues across North America on the band’s 2020 headlining tour. NICKELBACK will celebrate the 15th anniversary of its diamond-certified No. 1 album “All The Right Reasons” by performing the album in its entirety, in addition to a slew of hits fans know and love. The album produced an astounding seven radio singles, five of which were Top 20 Hot 100 singles, including “Photograph”, “Rockstar”, “Far Away”, “If Everyone Cared” and “Savin’ Me”. STONE TEMPLE PILOTS will join as special guest on all dates. TYLER BRYANT & THE SHAKEDOWN and SWITCHFOOT will support on select dates. 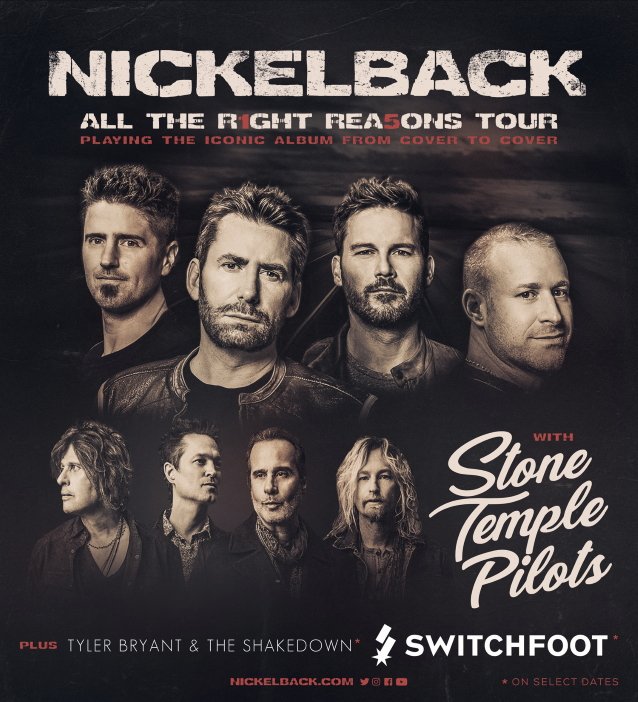 Kicking off June 19 in Raleigh, the tour will visit amphitheatres and arenas across the U.S. and Canada. Tickets go on sale this Thursday, January 23 at 10 a.m. local time at LiveNation.com. Lawn tickets are just $25.00 starting this Thursday for a limited time (plus applicable fees).

Upon release, “All The Right Reasons” debuted at No. 1 on the U.S. Billboard 200 chart and marked the bands third straight No. 1 debut in its native Canada. “All The Right Reasons” spent 110 weeks in the Top 30 on the U.S. Billboard 200 chart and received multiple gold and platinum certifications around the world. With over 19 million copies sold worldwide, the iconic record is one of the best-selling albums in North America.

Since forming in Alberta, Canada in 1995, globally celebrated NICKELBACK have cemented themselves as one of the most commercially viable and important acts of the past three decades. NICKELBACK’s success includes worldwide sales of more than 50 million units, solidifying their status as one of the top-selling acts of all time.

Their inescapable and irresistible smash “How You Remind Me” was named Billboard’s “Top Rock Song Of The Decade” and was No. 4 on the Top 10 songs of the 2000s list. “All The Right Reasons” was diamond certified (10 million+ copies sold) by the RIAA, in 2018, putting them on an elite shortlist of artists to ever accomplish this. Amongst all these accolades, they’ve also been named Billboard’s “Top Rock Group of the Decade.” And, along the way, they have received a staggering nine Grammy Award nominations, three American Music Awards, a World Music Award, a People’s Choice Award, twelve JUNO Awards, seven MuchMusic Video Awards, and have been inducted into Canada’s Walk Of Fame (2007).