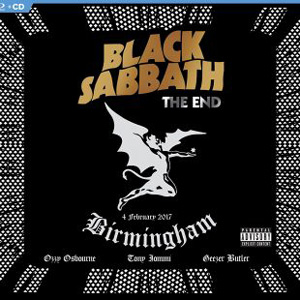 As Black Sabbath has been my favorite band since 1971, casting a critical eye on anything they’ve done is tough.  I didn’t enjoy their last studio album 13 as much as hoped, same goes for The End Of The End.  Good?  Sure.  Great?  Not quite.

This was Black Sabbath’s final gig, February 4th in Birmingham.  The band has pulled the plug, mainly because guitarist Tony Iommi is no longer able to travel for extended periods of time, thanks to his cancer diagnosis (though it is now in remission) in 2012.  They mounted a farewell tour, wrapping up their career in front of a home town crowd.  Ozzy will do his own solo farewell tour in 2018, bassist geezer Butler is writing songs for a possible solo album and Iommi, aside from mixing this album with engineer Mike Exeter, is considering several projects as well.

Musically speaking The End Of The End is a ‘greatest hits’.  The song selection is pretty standard, aside from the medley of Supernaut/ Sabbath Bloody Sabbath/Megalomania that leads into Rat Salad and a fairly standard drum solo from Tommy Clufetos.  There are no songs included from 13, although it’s their only #1 record.  According to what I have read, as this was a farewell tour Sabbath elected to stick to the classics.

The band is playing very well- Iommi and Butler’s playing is tough and inspired,  Clufetos’ busy drumming style is a good fit, and keyboards plus occasional 2nd guitar from Adam Wakeman (son of Yes’s Rick) are a nice touch too.  The wild card is Ozzy Osbourne.  His timing is a bit wobbly from time to time- note how off he is on Black Sabbath- and occasionally when he reaches for a higher note his voice cracks.  Having said that, to make up for his diminished vocal range he’s come up with some pretty nifty variations on his vocal melodies, instead of going for notes he knows he can’t reach.

1998’s Reunion is the better live album but The End Of The End is a fitting epitaph to Black Sabbath’s touring life; I can’t imagine any fan worth their salt NOT having this. 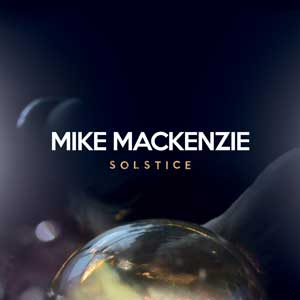 It’s the second time out for this Calgary-based guitarist, a follow-up to 2014’s Natural Causes.  Equal parts rock and funk with jazz finesse, this disc is a delight.

Mike sent me this album, and I’m glad he did.  Over the years I’ve received many independent releases that, while sincere and well intentioned, just don’t have what it takes… Solstice is NOT one of those.  As I listen to this, it’s hard to find anything I would’ve done differently.  The sound is balanced, the drum sound is solid and perfectly placed, and the playing- particularly McKenzie’s guitar- is exceptional.  This disc is a musical adventure, designed to flow and breathe as it creates cascading textures and employs a variety of song structures while maintaining a classic rock & roll feel.

If you enjoy great guitar playing, Solstice is right up your alley  As it moves through odes to southern rock, progressive and jazz steeped excursions while side-swiping the blues, the riffery and moments of improv throughout make this disc a blast to listen to.  The band is Mike on vocals, guitar and bass, Steve Fletcher on organ, piano and keys, James Wise, Brady Mason and Jeff Oman on drums, with Thomas Hart and Erik Smistad on bass and, based on what I’ve heard here, I’d put them up against anybody.

Solstice, also produced by Mike, is a terrific sounding disc and I have no problem cranking this loud enough for the neighbors to enjoy too.  It has a dynamic and adventurous feel that never leaves you in any one place for too long- it’s really quite a ride.  Rock, funk, jazz, blues- it’s all here for you to enjoy, and the musicianship is outstanding.  This is extremely cool stuff. 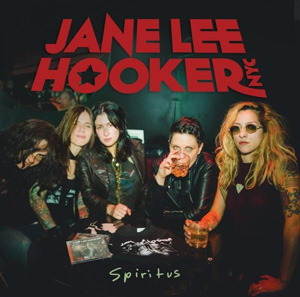 Some blues just have that certain je ne sais quois, and the latest from this New York punk/ blues collective has it in spades.  Spiritus is powered by ragged (in a Stones sort of way) playing that captures the spirit of the blues in a very real and authentic way.

Jane Lee Hooker is an all-female band with roots that, in part, go back to Nashville Pussy.  The group is Dana Athens on vocals, Mary Zadroga on bass, Melissa Houston on drums, along with Tracy Almazan and Tina Gorin on guitars, and they come across like Johnny Winter meets The Runaways.  “Spiritus is almost entirely original music written by the band as a unit” they say, “which has been really exciting and really gratifying.  We write so naturally well together, it’s been pretty effortless.”  It must be true, because you can sure feel that vibe in these performances.

Spiritus has old school-sounding production values but the playing is right in the pocket. Each of these songs has groove to spare as they rock, swagger and boogie their way through 10 cuts that make getting up and busting some moves all but a foregone conclusion.  This disc is loaded with attitude, the sort of thing that gives you a contact high just from listening to it.  Athens’ vocals are passionate and self assured, and I wouldn’t say the rest of the band is “pretty good, for a bunch of chicks”; they’re excellent players, period, and that rough energy is something I always want more of.

In another couple of weeks I’ll start working on my ‘best of 2017’ column, and while at this point I have no idea who’s going to make the cut, Jane Lee Hooker’s Spiritus will definitely receive serious consideration.

KEY CUTS:  Be My Baby, Black Rat, Turn On Your Love Light 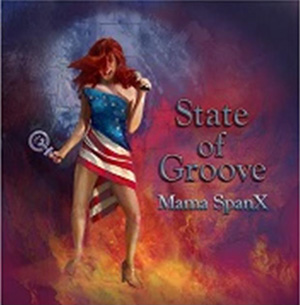 The ‘Truth In Advertising Award’ for 2017 goes to Mama Spanx for their new album.  State Of Groove is exactly that; a lesson in how to groove, powered by virtuoso musicianship that lifts it to a whole new level.

Vocalist Nikki Armstrong pulled together her favorite musicians from the east and west coast R&B, rock and funk scenes to form this band, and they play their collective asses off.  The name ‘Mama SpanX’ came from legendary soul-jazz guitarist Melvin Sparks, whom Nikki collaborated with for several years until his passing in 2011.  As for the music itself, you’ll hear inspiration from Tower of Power, Cold Blood, Sly & The Family Stone, James Brown and Ike & Tina- on the cover painting, Nikki even looks like Tina.

State Of Groove was recorded and engineered by Richard Robinson (Fleetwood Mac, Pinetop Perkins) with final mixes by Howie “The Doctor” Lindeman (Roberta Flack, Stevie Wonder, Donny Hathaway), and the sound is beautifully tight.  According to the back cover of the CD these songs were tracked live on vintage analog equipment, and they have the warmth and togetherness that results from such a process.  There is something so natural about how this album flows, it just feels so… right.

State Of Groove’s title track, which closes the album, is about the joy of creating the groove as a band, each player having their own unique voice while supporting each other, which I would say is the overall message here.  Michael Lydon, founding editor of Rolling Stone magazine, says “State of Groove” delivers just what it promises: it’s sexy.  Not show-off, wink-wink sexy, but grown-up sexy, passionate sexy, funk sexy, soul sexy”, and that’s right on the beam. 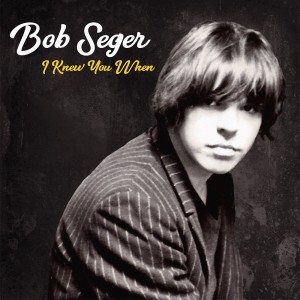 A new album from Seger, just when we figured he’d be winding down.  I Knew You When contains songs that were written as far back as the 90’s and considered for other records, plus covers of Lou Reed’s Busload of Faith and Leonard Cohen’s Democracy.  If you dig Bob Seger, you’re going to enjoy his new record.

The cover for I Knew You When is a black & white photo of Seger as a young man which seems appropriate.  Over the years, particularly since 1976’s Night Moves album put him in the spotlight, Bob Seger has changed surprisingly little in terms of sound and the blue collar/ heart on the sleeve subject matter.  It may drive some people buggy but I take comfort in that familiarity, in having a pretty good idea of what I’m in for whenever I throw his latest record on.

When I heard that I Knew You When was coming earlier this year it was a surprise, what with album sales being what they are these days, plus Seger being 72 years old and having health issues.  Recorded in Nashville and Detroit and produced by Bob, this is a timeless set that could easily sit beside Stranger In Town or Like A Rock and not be out of place.  It’s a solid rock & roll disc that talks about spirituality, heart, and life on the road- his favorite subjects.  There are two different versions of I Knew You When available- a 10 track standard version and the 13 track deluxe, which also includes Glenn’s Song, about his friend Glenn Frey, only available previously from Seger’s website.

Complain about this one sounding too much like all his other records if you like, but that’s what draws me to I Knew You When.  The math on this one is simple; if you like any or all of Bob Seger’s previous releases, you’ll enjoy this one too… I’ve been a fan since the mid-70’s, so I know this to be true.  Enjoy! 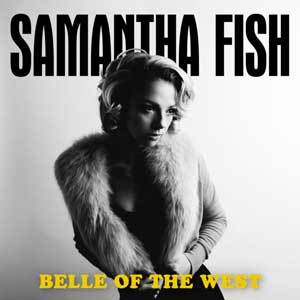 This is Fish’s 5th studio album in 8 years.  Whereas previous discs have been loaded with firepower and Samantha’s shit-hot blues guitar playing, Belle of The West is a detour into acoustic textures with a deeply soulful, rootsy approach.  It’s a great record.

Fish hails from Kansas City, Missouri.  “This is a natural progression” she says of turning inward to an acoustic sound. “(Belle of The West) is a storytelling record by a girl who grew up in the Midwest.  It’s very personal.  I really focused on the songwriting and vocals, the melodies and emotion, and no bringing another dimension to what I do.  I wasn’t interested in shredding on guitar, although we ended up with a few heavier tracks.  I love Mississippi blues; there’s something very soulful and very real about that style of music, so this was a chance to immerse myself in that.”

Expecting the hard-charging electric stuff Samantha Fish is known for, Belle caught me off guard at first- but I was a convert by the time it was half done playing. “I wanted to do this acoustic-electric record, and tap into the style and swagger of Mississippi” she says, and boy does she ever.  This is a gal that knows and understands her blues, and how to get in between the lines of a song as a singer and player.    Belle is mostly original material, but includes covers of RL Burnside’s Poor Black Mattie, Little Mae’s Nearing Home and the Jimbo Mathus-penned title cut.  The album was recorded in the North Hills of Mississippi with producer Luther Dickinson (North Mississippi Allstars) and has a comfortable “let’s-sit-down-and-tell-some-stories” feel.

Considered within the canon of Samantha Fish’s work overall, Belle Of The West will likely prove to be one of her most popular, durable outings.