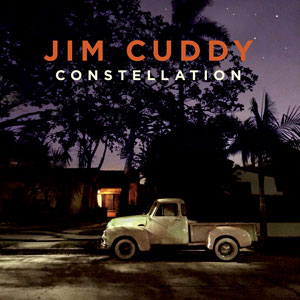 This is Cuddy’s 4th solo record outside of his day job as the main voice of Blue Rodeo. Acoustic-based, country elements, that voice… comparisons to Blue Rodeo are inevitable, but Constellation is a Jim Cuddy disc, occupying a space all its own.

“I’ve always found fascination in the smallest elements of human behaviour” Jim says.  “It’s been something that I look at and remember- the details of an exchange that I witnessed or an exchange that I have- and there never seems to be an end of things to write about.  Of course, as you get older there are bigger things that happen in your life that you realize you’ll never totally understand.  I’m never at a loss of things to write about.”

Constellation was recorded at Blue Rodeo’s “Woodshed” studio in Toronto last fall.  His touring band (and studio compadres, I assume) include Colin Cripps on guitar, Anne Lindsay on fiddle, Bazil Donovan on bass, and Joel Anderson on drums.  I’d say on his own Cuddy rocks out a little more and seems a wee bit more open to coloring outside the lines if a song calls for it.  It’s good for the creative process to work with different people every now and again, and without Greg Keelor at his side Jim called the shots for these 11 tracks.  There’s something eminently satisfying about finishing a piece of work and being able to step back and say “that’s mine- I did that.”

I love the stories these songs tell and it’s quite enjoyable to get know the characters in them.  It goes without saying, but I’ll say it anyway- if you love Blue Rodeo, you’re gonna love Constellation too. His cross-Canada tour, with special guests Barney Bentall with Devin Cuddy and Sam Polley starts Feb.8th in Saint John, NB, so he’ll be playing somewhere near you real soon. 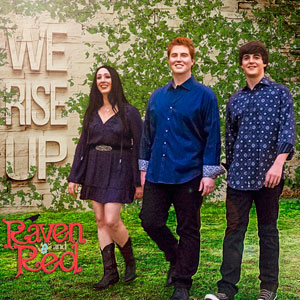 The first album of new, original music here from this Nashville-based acoustic trio by way of Pennsylvania and Georgia.  Knowing just that paints an immediate picture of what to expect, and I’ll bet you’re not very far from the truth.

Raven & Red are Brittany Lynn Jones on lead and harmony vocals, 5 string violin, tenor guitar, mandolin and banjolin… Mitchell Lane is on lead and harmony vocals, 6 & 12 string guitars, and his brother Cole King handles harmony vocals and mandolin. And, of course, there are the requisite special guests.  “We have so many influences, from John Denver and Jim Croce to Tim O’Brien to classic rock and back to Bach” observes Mitchell. “So many of our influences seem to flow into these songs naturally” says Brittany.

One thing you’ll notice right away is the attention paid to vocal harmonies on We Rise Up.  “As a group we are very focused on our vocals” Brittany notes.  “We enjoy arranging harmonies and writing melodies that capture the lyrics in our songs.”  The result is something related to bluegrass, a blend of rich vocals and delicate acoustic instrumentation, not to mention the emotional content of these tunes. “”Many of the songs share common themes including love, heartbreak, admiration and self-reflection” Mitchell says. “We wanted to have a positive message that anyone could relate to about overcoming obstacles and struggles and persevering.”

We Rise Up won’t be everybody’s cup of tea, but when you need a gentle soul massage there are few records that will do it better for you. 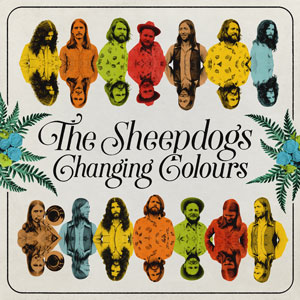 Holy Lynyrd Skynyrd Batman, is this ever a cool album!  Changing Colours is a sprawling 17 track record, though there are several that come in under 3 and 2 minutes.  The Sheepdogs are rightly known for their beef-and-boogie twin guitar riffs and the long hair aesthetic, but there’s some exploration going on here… and it’s quite satisfying.

“We identify strongly with rock & roll, but there’s definitely some branching out” says singer/ guitarist Ewan Currie.  “The sounds on this… there’s more keyboards on this featuring Shamus and more stringed instruments.  It’s still rock & roll, but there are more colours.”  Proof of that is The Big Nowhere, a Santana-style jam if there ever was one.

Changing Colours delivers on the long-haired rock & roll you’re probably expecting, but you’ll also run into the country-lite feel of Let It Roll and the Stax soul vibe of the mid-tempo anthem I Ain’t Cool that features some nice trombone work- yeah, trombone.  Perhaps some of this is due to the relaxed approach.  Ewan notes that “It was very low key, we didn’t have a clock. We would work until we were bored or tired, then we would stop.”

“Most of the records we’ve made have been under a short time constraint” says drummer Sam Corbett.  “This one was done over 6 months, with some songs sitting around for 2 months. Then we’d come back and try different things, so as a result I think some of the songs took on a different shape.”  Maybe that’s why I like Changing Colours as much as I do; they weren’t trying too hard to get some product out, they just let the music happen naturally.  Pressure can create urgent and sometimes great music, but in this case the opposite is true.

It’s been 6 years since The Sheepdogs won that unsigned band contest with Rolling Stone Magazine, and with Changing Colours they’ve released the album I’ve been waiting for- a Skynyrd/ Doors lovechild.

KEY CUTS:  The Big Nowhere, I’m Just Waiting For My Time, Up In Canada 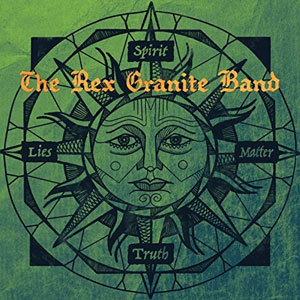 Here we have a blast of fresh air from The Rex Granite Band.  With Sarah Benck on vocals this is a high spirited blues n boogie showcase that’s gonna shake the rafters until the sun comes up.

Spirit/Matter/Truth/Lies is what “Blues Magazine” praises as “Powerhouse boogie, swings like a train with filthy slide guitar”, and who doesn’t want more of that?!?  We have 9 original tunes on this disc, along with a gorgeously stripped down version of Percy Mayfield’s Please Send Me Somebody To Love that’s making the hair on my arms stand up as I type this.  The arrangement is sparse and intimate, building slowly as it pulls you in- dare I say the quintessential blues ballad.

The 10 songs on Spirit/Matter/Truth/Lies play out like the coolest party soundtrack ever.  There’s some great swingin’ jump stuff here, and if you’re trying to make ‘the move’ on someone, the aforementioned Percy Mayfield song makes what my dad would’ve called great belly-rubbin’ music.  Steamroller, no relation to the James Taylor tune of the same name, charges ahead with frightening velocity and leaves you pooped when its 3:11 is up.

Aside from Sarah on vocals and Rex laying down some rousing blues/ gospel guitar, the band also includes drummer Anton Divis and bassist James Carrig.  They move together with a unity of purpose that makes it a joy to listen to them play.  Bruce Iglauer, founder of Alligator Records, sums up S/M/T/L best when he says “Soulful vocals, tasty slide guitar… it’s about choosing between heaven and hell.”  Oh man I am ALL in! 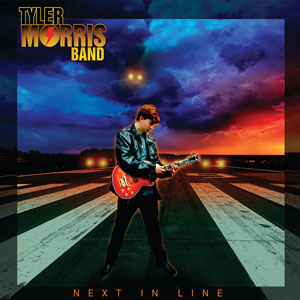 A slice of blues/rock heaven here that will have lots of people thinking ‘Stevie Ray’.  Morris has been playing professionally since the age of 11 and, at 19, is issuing his 3rd album.  Next In Line is muscular and forceful, and will have you begging for more.

Morris’s style is a cross between SRV and Gary Moore.  Helmed by Grammy Award-winning producer Paul Nelson (The Johnny Winter Band),  and including guest appearances by Joe Louis Walker and The Uptown Horns, Next In Line is a vital, exiting, lively set of songs.  That someone so young could play with such depth and conviction is a revelation, and so too is the fact he wrote 9 of the 10 cuts on this disc, with a smokin’ version of Willie The Wimp (a song SRV used to play) being the sole exception.

What we have here is a blues album with hard rock chops.  Kudos to producer Nelson for coaxing the right sounds out of the instruments and some fine vocal work from Morten Fredheim.  The star of Next In Line is clearly Tyler’s incendiary fretwork, a genuinely exciting display of chops and instinct as he gives his guitar (looks like a Dean version of a Les Paul on the cover) a thorough beating.

Musically speaking my two biggest loves are rock & roll and the blues and when they get together like this, resistance is futile.

Next In Line is excellent.

KEY CUTS:  This Ain’t No Fun, Willie The Wimp, Choppin’