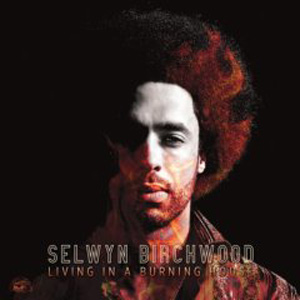 The new album from Selwyn Birchwood.  It’s more of what he calls “electric swamp funkin’ blues”, and it has prompted Rolling Stone magazine to call him “a remarkable, contemporary bluesman… a powerhouse young guitarist and soulful vocalist.”  Living In A Burning House is as exciting as the blues gets.

As a guitar player, Selwyn’s fretwork is raw and energetic. Living In A Burning House spins more deftly written tales of love, passion, pain and pleasure, driven by insistent rhythms and punctuated by the most manly guitar playing since Buddy Guy or SRV.  You gotta love a guy that writes “if good looks could kill, she’d be tried for genocide”.  It’s fair to compare Birchwood to BB King- while it’s true their playing styles are miles apart, there’s a purity in their note selection and they are both powerful singers.

Selwyn picked up the guitar at age 13, playing the popular music of the day until reading about Hendrix’s blues influences led him to the blues.  As a player he mentions Buddy Guy, Freddy King, Muddy Waters, Albert King, Lightnin’ Hopkins and Albert Collins as being among his favorite players. Each song on this album is a different adventure, an excursion into the blues that takes a different path, often paved with sinewy funk. As a guitarist he’s been compared to Gary Clark Jr. and Jeff Healey, and that feels pretty close to the truth of it.

Living In A Burning House is pretty much the type of record you’d expect with that title and from this artist… lots of twists and turns, driving fast and going through some corners on 2 wheels, but he takes it down for the final track, an acoustic ballad called My Happy Place that ends this disc on a note of ‘everything’s going to be okay’.  The sounds are deep and rich, the playing is mighty, and the songs have plenty to say lyrically.  Yeah, this one is going to stay with me for a good long while.  Street date:  January 29th.

KEY CUTS:  Living In A Burning House, My Happy Place, She’s A Dime 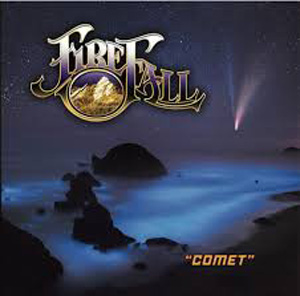 When I was a lot younger I used to call this type of music “flaccid rock”.  It’s funny how your taste can change over the decades; Firefall were a pretty big deal in the 70’s, and they’ve just returned with Comet, their first album of original material since 1994’s Messenger. It’s nice-not to mention refreshing- to have them back.  If you remember songs like You Are The Woman, Just Remember I Love You and Strange Way from the mid 70’s, you’re really going to enjoy this.

Guitarist and vocalist Jock Bartley says the group “wanted to make sure that at least half the record, or three or four songs for sure, sounded like Firefall from the 70’s- acoustic based vocal songs”, and I’d say that’s a big 10-4 there good buddy. Hearing Firefall again after so many years is similar to when I bumped into America’s music with their Human Nature record in ’98… I had no idea how much I missed their sound until I put that disc in my player and fell in love with them all over again.  Admittedly I was a bigger America fan, but find myself appreciating Firefall here in the same way and for parallel reasons with Comet.

Firefall came together in Boulder, Colorado in 1974 and are known for being the forefront of ‘The Colorado Sound’.  The title of the new album, Comet, is a reference to Comet Neowise, which lit up the western skies of the US last year and is pictured on the cover.  It’s also reminiscent of the startling album covers from the 70’s that also relate to band’s unusual name. Personnel have changed over the years of course, but Firefall still includes 3 original members and the sound we loved back in the day is largely intact.

I love Firefall’s pop sensibilities and that acoustic pop/rock sound is like a blend of America, The Byrds and maybe Garth Brooks.  I freely admit that when I put Comet on my first thought was “it sounds mostly like another Firefall record”, but it turns out that’s exactly what I was hoping for.

KEY CUTS:  There She Is, Way Back When, Nature’s Way 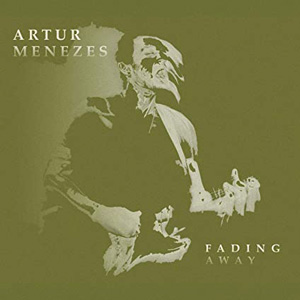 Another one I should’ve gotten to way sooner. On Fading Away, his fifth album, Menezes reminds us that he’s a great songwriter and a guitarist of frightening skill, like  Frampton meets Hendrix. and he’s a fine singer.  This, kids, is the good stuff.

Coming across a blues artist with real fire in his belly is exciting.  Artur infuses his blues with heavy melodic rock, the occasional dash of funk, plus tastes of Brazilian rhythms from his home and native land.  He’s played tons of festivals and toured across South America extensively, Mexico and the UK before moving to the US (LA, of course) in 2016.  You can almost feel that history in the grooves of Fading Away as he lets it all hang out.  Produced by Josh Smith (PERFECT snare drum sound!), who also appears on Free At Last, this is a burly record with complex arrangements, layered guitars and vocal tracks.  It’s one of those albums that, especially when you listen at appropriate volume, it makes you tingle.

Artur is blessed to have a supple and responsive rhythm section here, which  lifts the songs that much higher.  It doesn’t hurt that he’s a pretty damn good singer too, reminds me a lot of James Dewar from those old Robin Trower records.  Some of these songs like the title track which opens the album, are taut rockers, but on Free At Last (with Josh Smith) he just fucks off and explores.  Then there’s Green Card Blues, which tells the story of a young man’s journey through the blues from his hometown in Brazil to the United States.  Than one is a Herculean guitar workout that, at just under 10 minutes, stands alongside Tony Iommi’s I Go Insane as one of my favorite examples of how exciting a longer piece of music can be. 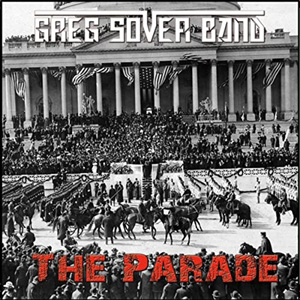 A new EP here from this Philly-based blues/rock he-man guitar player and his band, released last year.  The Parade is deep lyrically and the guitars are heavy with solos designed to rip your head off.  This comes from the blues, and it rocks like a bastard.

The Parade is just 6 cuts, one of which is an ‘interlude’; the whole thing clocks in at roughly 21 & ½ minutes… so they say what they gotta say, they get the fuck in, then they get the fuck out.  Recorded in Philadelphia and produced by Sover, his bassist Garry Lee and Mike Tarsia this slice of raunch is all original songs except for a fairly excellent version of Cream’s Politician, which was released as a single around the middle of last year in time for the primary election season, which guaranteed it some decent airplay. That interlude includes part of an instrumental piece written specifically as a memorial to George Floyd, and Never Too Late is an acoustic song written for Greg’s late mother, who passed away a decade ago. “It’s never too late to work things out” he says on the band website.  “We’ve always been together, no, I won’t forget.” The song- maybe because of Sover’s vocals here- feels very Elvis Costello.

As hard as The Parade can rock, the musicianship is soulful and groovy as it pin-balls from style to style in its swaggering blues/rock way.  The band- Sover on lead guitar and vocals, Garry Lee on bass and backing vocals, Allen James on electric guitar and Tom Walling on drums- plays with the confidence and commitment you need to put this kind of thing across.  Once again; nicely done, gents! 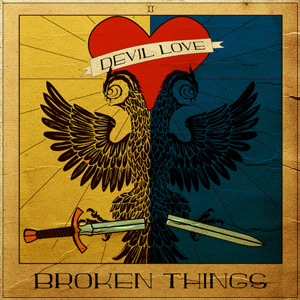 If you like hook heavy pop/rock, a Nirvana meets R.E.M. kind of thing, this Boston based group might just be the ticket.  They combine 90’s alt rock with a 70’s Stones-meet-Zeppelin thump and Elliot Smith type songwriting for satisfying results.

Devil Love front man Peter Buzzelle originally hails from the Pacific Northwest.  He attended college with members of Sleater Kinney and played drums for The Posies’ opening act, giving him a front row seat to the golden era of alternative music.  Those years spent in Oregon obviously made a lasting impact on him.  Flash forward to his move to Boston, where he began collaborating with some of the area’s more celebrated musicians and laying down an album recorded at several studios across the city, with help from studio pros like Benny Grotto (Ben Folds, Dresden Dolls), Matthew Ellard (Elliot Smith, Wilco) and Matthew Girard (Parks, The House Jacks).

On Broken Things you’ll also find drummer Chuck Ferriera, lead guitarist Ken Rothman, bassist Jason Raffi and keyboardist Josh Cohen.  As a singer Buzzelle has a definite Michael Stipe vibe, but Devil Love is more rock & roll.  Ferriera brings with him a love of bottom-heavy rock acts, giving many of these tunes that Zeppelinesque thump, not unlike Dave Grohl did for Nirvana and Them Crooked Vultures.  Lots of cool stuff on this disc for you to digest, and titles like Carelessly Comfort, We Can Leave Tonight and Soul Clinic Bible School make it readily apparent that Devil Love have more interesting things to say in a rock & roll context than how much fun can be had nailin’ chicks in the back seat of your car. That last song in particular is a proper rock epic that encourages you to “live life to the fullest, make everything count… (and) find something better.”

Indie-rock punch with bright melodies, that pretty much sums up Broken Things.  Based on what I’ve heard here, I’m curious to see where this journey takes them next.