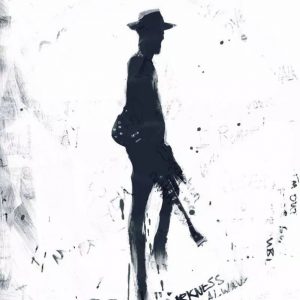 This is Clark’s 3rd studio album, and his most stylistically diverse to date.  Loud, angry and in your face throughout, critics are saying Gary’s songwriting has finally caught up with his playing. That feels like the truth of it.

Gary Clark Jr. is an anomaly, a blues artist with a major label deal.  What makes him so exciting is that, although a blues artist in many ways, he pushed boundaries and challenges how you feel about the blues.  This Land is blues at its core but there’s also soul, rock and reggae too.  On my first listen, on the highway at top volume, this felt like early Aerosmith meets Curtis Mayfield, Prince, Buddy Guy and Bob Marley.  As the last track ended I could only think “What the hell did I just listen to?” And I was excited.

Recorded in Gary’s hometown of Austin and produced by Clark and Jacob Sciba, This Land is a tough, explosive record that has a lot to do with where America finds itself in 2019 as division, frustration and anger seem to be the way of public discourse.  Rolling Stone calls This Land “the most important song Clark has written. “  They also describe the record as a whole as “capturing Clark’s promise at a mind-blowing level.”  Emotions run high as Gary tackles the social ills of society, and the music mirrors that intensity.

This Land is NOT a comfortable record- but it’s a worthwhile one. 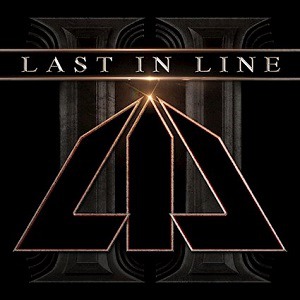 This is the second of disc of original stuff from what started out as a tribute to the late Ronnie James Dio’s namesake band, so named after that group’s 2nd record.  II is riff-oriented 80’s style hard rock; if you like that sort of thing (and I do), you’ll enjoy this.

The group started as an informal jam in 2011 between the Dio band members that played on the group’s first 3 records, and it grew from there.  Today the band includes guitarist Viv Campbell (Def Lep), drummer Vinnie Appice, and bassist Phil Soussan- he replaced Jimmy Bain when Jimmy died in 2016.  Andrew Freeman has the pipes to do Ronnie’s old stuff justice, and has been at the mic since the beginning.

Last In Line is a good place for guitarist Campbell to get his ya-ya’s out in a way that he likely can’t with Leppard.  Having done some touring and festival shows behind the debut album Heavy Crown, the songwriting has developed here to point where there is a definite L-I-L sound; not as exciting or earth shattering as those first 3 Dio albums, but a powerful testament nonetheless to the healing properties of rock & roll.

II has plenty of shifts and changeups to keep things interesting.  I enjoy the band’s performance, and it’s sure nice to hear Campbell let ‘er rip on the kind of solos we don’t usually get to hear him play.   This is going to be a great driving album this summer.

KEY CUTS:  Gods and Tyrants, Give Up The Ghost, Blackout The Sun 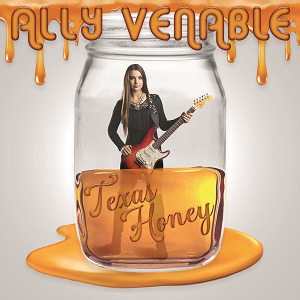 There’s just something about Texas blues; ZZ Top, Johnny Winter, the Vaughan brothers, and now Ally Venable.  This is the 3rd time out for her grinding power trio and  first for the legendary German blues label.  Texas Honey is tough as nails blues that lays down some sweet, unforgettable grooves.

The band is Ally Venable on guitar and vocals, Bobby Wallace on bass and Elijah Owings behind the kit.  In terms of feel, they’re like a turbo-charged early ZZ Top. “On this album its still guitar oriented, but I focused more on the songwriting, the hooks and melodies” Ally says. “I try to write about what goes on in my life, or something that I feel can relate to others.  I want my songs to be a release.”

Ally’s vocals are soulful and forceful, in the same league as Beth Hart.  As a guitarist, she takes no prisoners as she bashes out the chords, lays down some greasy slide and plays stunning leads.  Hell, she even has the metaphorical testicles to cover Stevie Ray’s Love Struck Baby and do it justice.  Wallace and Owings are a rock solid rhythm section throughout, adding extra muscle to Ally’s incredible fretwork, and the tasty cover of Careless Love Blues that ends off the disc is particularly enjoyable.

Texas Honey may be blues but to steal a line from Eric Clapton it’s got a rock & roll heart.  Lots of explosive playing and smoldering performances from Ally, Bobby and Elijah make this disc a passionate, spine tingling adventure- definitely not for the timid. 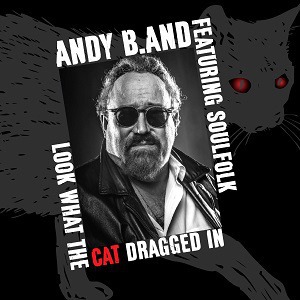 LOOK WHAT THE CAT DRAGGED IN Andy B. AND Soulfolk (IAO Records) ***½

Andy Bernstein and his gang of merry men follow up 2017’s My Roots Are Showing with a short, swingin’ set of Americana-type tunes that will show you a fine time.

Looked What the Cat Dragged In is an appropriate title for this.  With a loose, Rolling Stones-y vibe, Andy and Soulfolk sound like a consummate bar band as they wander through country, sideswipe the blues and occasionally rock out. “Look What The Cat Dragged In rocks a roadhouse vibe influenced by bar-hopping through music clubs and keen listening at record parties” Andy says.  “The band’s arrangements make the songs more muscular yet leave space for me to tell my stories.”

Cat was produced by Bernstein and John Pittas at Benet Drive Underground Studio, recording the rhythm tracks “eyeball to eyeball” to give the album an organic, natural feel that makes it a pleasure to listen to.  As for the songs themselves, Leavin’ Train is blue eyed soul, Justine is neo-rockabilly and Another Cloudy Day is country rock.  The Jersey-centric Mary Ellis and Incandescent Light Bulb Blues were heard on the first disc, but the record company thought they deserved a re-do and another listen.

Look What The Cat Dragged In shifts effortlessly through moods and styles so it never wears out its welcome.  This is a great way to start ANY weekend. 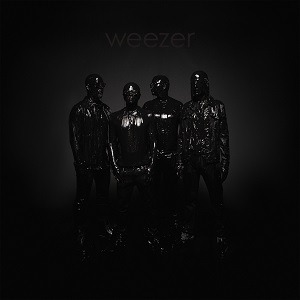 The new Weezer album is here, scarcely a month after their covers record (The Teal Album) and it’s the proper follow-up to 2017’s Grammy nominated Pacific Daydream.  No bones about it- this album will be friggin’ HUGE.

Other than Buddy Holly and Beverly Hills, as a bit of a rock snob I largely let the whole Weezer thing just go by, thinking they were just another modern pop band.  I don’t want to sound like an old fart trying to be ‘hip with the kids’ but damn, TBA is irresistible.  For the first time in Weezer history, front man Rivers Cuomo wrote the songs entirely on piano- is that why they sound and feel so oddly satisfying?  The band switched up instruments in the studio, and producer Dave Sitek (from TV On The Radio)’s own encyclopedic knowledge of musical references- from Gorillaz to Pink Floyd- were surely a factor too.  Whatever the chemical equation is here, it WORKS.

As a songwriter, Rivers Cuomo’s mastery of light melodies and catchy hooks is impressive.  There are times when The Black Album (the 6th of their 13 discs to be self-titled and subtitled after a color) feels like a smartly executed English pop record, and it will no doubt continue the winning streak noted since the release of 2014’s Everything Will Be Alright In The End.

If there was ever any doubt by anyone, even Rivers himself, The Black Album is proof that Cuomo is a master songsmith.  This is great pop music.

KEY CUTS:  Can’t Knock The Hustle, Zombie Bastards, The Prince Who Wanted Everything 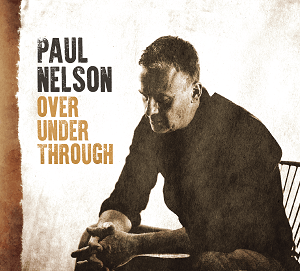 OVER UNDER THROUGH Paul Nelson (Riverwide Records) *****

A masterful blend of American roots and blues, gospel, folk, rock and jazz… that’s Over Under Through, the spine tingling new album from Paul Nelson.  There’s no need to circle this one to find your way in, these are songs you’ll feel right away.

The best way to describe Over Under Through is gentle, soulful and intimate.  Paul draws inspiration from Amos Lee, Ray Lamontagne and Lyle Lovett, and his mentor Ellis Paul who contributes to the record.  (Check out Ellis’s The World Ain’t Slowin’ Down from the Me, Myself & Irene soundtrack, but I digress.)  Paul Nelson’s songwriting shows uncommon dexterity and a jazz-like feel that makese these songs easy to like.  As a singer he is relaxed, conversational but tuneful, inviting you into each story as it unfolds.  Listening to this disc is not unlike reading a good book; everything around you just sort of disappears leaving just Paul, the songs, and you.

Paul Nelson’s music doesn’t easily settle into any one particular niche, and that’s part of the joy of listening to Over Under Through.  Though there are many musicians involved here, aside from Paul the contributions of guitarist Kevin Barry cannot be overstated.  His tasteful, relaxed playing is the perfect companion to Nelson’s unaffected voice and the human spirit and content of his lyrics. If you enjoy Ray Lamontagne or Mark Knopfler, I have a feeling this disc is going to speak to you loud and clear.

KEY CUTS:  Go Down Ezekiel, Lay A Little (On Me), Ghost In The Basement