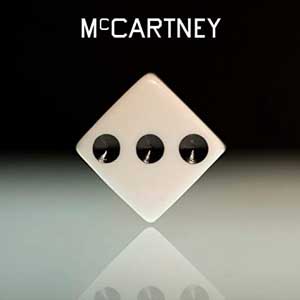 This was released the week before Christmas but I was jammed up jelly-tight and just didn’t have time to listen properly.  III, Paul’s new solo album, ends a disastrous year on an uplifting note- it’s a batch of songs that just make you feel good.

III, Paul’s first #1 album in something like 31 years, was recorded in early 2020 at McCartney’s home studio while he was in lockdown for the pandemic.  What started out as just goofing around to fill the days ended up being a quite likeable album. “It was a lot of fun” he says in an article quoted in Wikipedia. “It was about making music for yourself rather than making music that has to do a job. So, I just did stuff I fancied doing- I had no idea this would end up as an album.”

Though III is being talked about as the 3rd installment of a trilogy following McCartney (1970) and McCartney II (1980) that seems a bit of a red herring to me, despite the ‘do it yourself’ ethos of each.  I would have to listen to the others to see how they might work together, but this feels real close in spirit and execution to his last disc, 2018’s excellent Egypt Station, which I bought from I-Tunes and on CD.  As you no doubt know by now McCartney played every instrument on this record and produced it himself too with Steve Orchard engineering, but as he’s been at this since the early 60’s I think Paul’s got the hang of it.

III relies less on hooks and irresistible melodies than it does cool grooves and atmospheres.  What feels best about it is the vibe of one of the greatest songwriters of our time just kicking back and having some fun.  Therein lies III’s considerable charm.… after all, this is Paul fuckin’ McCartney,  Though the album is enjoying phenomenal chart success I’m sure that was never the goal.  III is a record with no pretentions or ulterior motives; just a pile of songs Paul had fun recording, and now you and I get to have fun listening to them. 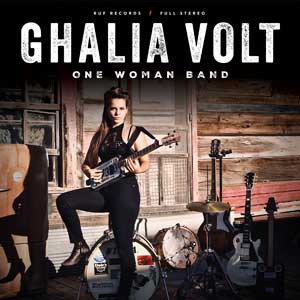 After celebrated albums like Mississippi Blend and Let The Demons Out, Belgium’s Ghalia Volt has answered the challenge thrown down by 2020 with a truly solo album.  Save for cameos from bassist Dean Zucchero and a solo from guitarist “Monster” Mike Welch, Ghalia scoffed at multi-tracking and recorded all the instruments live and in real time.  The result is dirty, soulful blues.

As a musician that thrives on hooking up with other like minded souls to make music, Ghalia did not make the decision to fly solo lightly.  The genesis fore One Woman Band, recorded in November, really goes back to last March.  “I started playing on a real drum kit” she says, “playing a kick, snare and hi-hat plus a tambourine with my feet, while playing slide and singing all at the same time.”  She road tested this new format across Mississippi with some live shows and realized she’d found a thrilling new path. She committed to the project in August, then embarked on a month long Amtrak trip that turned into an intensive writing session.  Gazing through the window at the passing landscapes in state after state inspired her to write.  “Most of these songs are inspired by the journey and real experiences” she says. “Others are from imagination.”

On one hand One Woman Band has a certain primal charm that really works.  Volt made the smart call in leaving the rough edges in, prizing atmosphere over perfection.  And, thanks to her overall approach, this is her most groove oriented project yet. HOWEVER… that same method makes the songs rhythmically simplistic.  I’m missing the interplay between musicians, that give and take where one pushes and inspires the other on to greater heights of expression, an extra level of excitement.  One Woman Band is a good album that could have been a great one.  It hits shelves January 29th.

KET CUTS:  It Hurts Me Too, Can’t Escape, Reap What You Sow 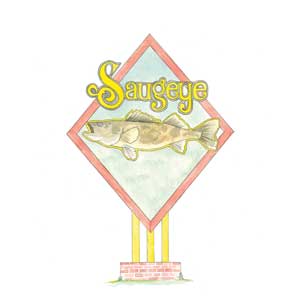 Jared describes the band’s sound as ‘hybrid roots music’- true enough I suppose- but to my ears and heart it feels like old school country.  I daresay Saugeye has as much in common with George Jones and, spiritually, Willie Nelson. That the dude is from Tulsa is evident in the relaxed feel overall- even on an upbeat song like Gideon’s Bible.

The playing is excellent.  Aside from Jared Tyler Saugeye includes 3rd generation guitarist and luthier Seth Lee Jones… Jake Lynn, drummer for Jason Boland & The Stragglers… and Casey Van Beek, a member of The Tractors whose career includes time alongside Glenn Frey and Don Henley in Linda Ronstadt’s band.  While I’m not the biggest country fan around, the thing I look for more in music more than genre (folk, rock, metal, blues, etc.) is a sense of truth and honestly in the lyrics and musicianship, and Saugeye has that in spades.  It’s not unlike my measure of a good book like my most recent read, Dennis Dunaway’s biography about the Alice Cooper group; if it’s really good, the world around me disappears and it feels like I’m inside the story.

Good songs makes you feel something and great songs let you see yourself within their lyrics and melodies too.  Appreciating country music can sometimes be like trying to learn a second language for me but Saugeye seems to have a bead on what really matters with this self titled debut.  Great musicianship and songs that offer glimpses of your own self make this a record worth checking out. Street date is January 29th. 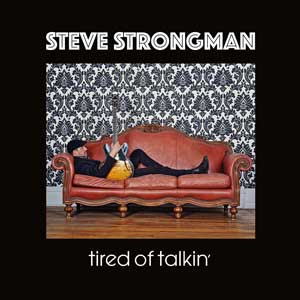 It’s not often you get a second chance, but that’s what’s happening with this Steve Strongman disc from 2019.  Tired of Talkin’ had a ‘soft’ release in Canada that year, but now it’s being rolled out worldwide by the label.  I checked my original review from July of 2019 and my comments then still hold water when I called it “a deep, dynamic, gritty fire-breathing set.”  After a year and a half, I’m enjoying re-considering it with fresh ears.

While Tired Of Talkin’ is mostly a blues experience, Steve weaves in elements of funk and rock ‘n’ roll in a similar way to Colin James.  He’s a great guitar player, each note loaded with feeling and emotion without being melodramatic.  His history includes opening stints for BB King, Buddy Guy and Johnny Winter, and you gotta have chops to spare to hang with those heavyweights.  As a bluesman he’s having a remarkable career in Canada, and the rest of the world is noticing too.

There are others involved in this album worth noting, like Pat Sansone (Wilco, Mavis Staples) on keys, Audrey Freed (Sheryl Crow, The Black Crowes) on guitar and James Haggerty (Steve Cropper, The Blues Brothers) on bass.  Great playing aside though, the key to making Tired Of Talkin’ great is in the songs themselves; 11 originals plus an amazing version of Al Green’s Let’s Stay Together that will leave you in a big, gooey puddle. I like a disc that has lots of range, and this one goes from the upbeat rock of the title song to a track like Highwayman with dang tasty dobro work to the aforementioned Al Green number… cool stuff.

Strongman’s breakthrough album was 2012’s A Natural Fact.  It won a whole shwack of awards like Maple Blues nods for recording, songwriting and guitarist of the year, plus the 2013 Juno for blues recording of the year.  Each record since has been better than the one before, and where he goes after Tired Of Talkin’ is anybody’s guess.  If you weren’t lucky enough to get your hands on this first time around, don’t miss it this time. 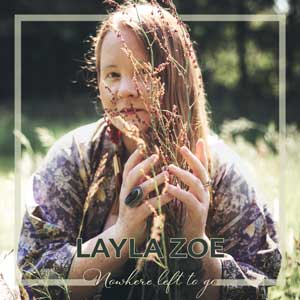 No better way to start off a brand new year than with a little fire and brimstone blues.  Layla’s 15th album features everything from blues to rock, folk, gospel and more, often concurrently, but mostly blues with rock muscle… and she KILLS it.

Originally from Ottawa and now calling Germany home, Zoe pulled together friends, colleagues and fans from everywhere to crowd fund, record and produce this new record.  Nowhere Left To Go is 10 songs, co-written with people like Jackie Venson, Alastair Greene and Suzie Vinnick.  Recording during the pandemic with social distancing protocols certainly makes recording with others challenging, but modern technology offers many solutions and has done so for years.  Layla’s vocals were recorded, mixed and mastered by Nils Volcker at Access All Areas Studios in Bremen, Germany, while the contributions of others came from their remote locations.

I became a fan a number of years ago with her album Breaking Free and the song Highway Of Tears in particular.  I was bowled over by the passion and power of her performance then, that HUGE voice, and feel the same way about Nowhere Left to Go.  The album opens with Pray, a song for our times if there ever was one, and tunes like Sometimes We Fight, Don’t Wanna Help Anyone and Might Need To Fly feel like they were made for these days too, although they also reach beyond that tight little box we all seem to find ourselves in at the moment. Of course there are songs of a more personal nature as well, about relationships.

Thanks to the volcanic power of many of these songs a ballad like Might Need To Fly stands in stark contrast to the sonic firepower of the tracks leading up to it.  I even like how the disc is sequenced, with the last 3 songs serving as a cool down coda, to bring us in for a landing after a tense. emotional journey as the 45 minute album winds down.  The power and passion of her artistry made me a fan, and that multiplies with Nowhere Left To Go.  I wish I could be in the room with you when you hear this for the first time!

KEY CUTS:  Sometimes We Fight, Pray, Might Need To Fly