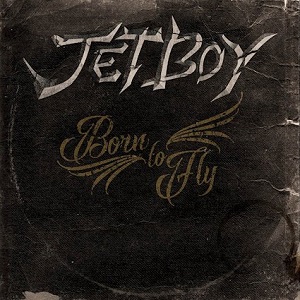 Jeez, maybe I like hair metal more than I thought.  Jetboy was founded in 1983, this is their first album of new material since 1990, and it feels really good.

“The band wasn’t working on any new material when Frontiers approached us” says founding guitarist Billy Rowe.  “I’ve been very into writing music, had a good amount of songs I always felt could end up as new Jetboy material, and some of it did.  But the majority of the songs on this album were written within a couple of months after we got the offer from Frontiers.”

Never heard of Jetboy before, but I felt the music right away- cool riffs ‘n’ grooves not unlike Warrant or LA Guns.  Born to Fly is a blend of rock & roll with a traditional blues influence, an 80’s sound with a 70’s influence, which must be why I’m so comfy with it.  Rowe says the musical inspiration here “came from the bands we all grew up on from the 1970’s.  Jetboy has always approached it’s writing with a simple stripped down, no nonsense rock n roll structure, starting with a great riff and a catchy hook. This album flowed so organically, everything felt like it was meant to be.”

Born To Fly won’t cure cancer or solve the great mysteries of the universe; it’s guitar-driven rock & roll that just makes you feel good, and I’m totally up for that. 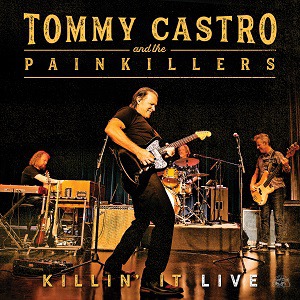 If you like your blues mixed with soul and genuine rock & roll excitement, you have to hear this album.  Castro’s been around for awhile but the band on Killin’ It Live has been together 4 years; one of the tightest units he’s ever assembled, and they’re deadly.

No Depression says Castro “plays gritty, string-bending blues like a runaway soul train”, and The San Francisco Chronicle describes his music as “funky southern soul, big city blues and classic rock (with) licks that simultaneously sound familiar and fresh”. All of this will be glaringly apparent when you put Killin’ It Live on.  It’s late at night as I write this, so I’m my music room with the headphones on, cranked right up and rockin’ out.

Tommy and his band- bassist Randy McDonald, drummer Bowen Brown, and keyboardist Michael Emerson- are gritty and tight throughout.  Recorded at venues in Texas, New York, Michigan and California during last year’s tour, K.I.L. includes songs from across Castro’s career in a series of unforgettable performances.  The band’s playing verges on telepathic- spending most of your time on the road will do that.  Tommy is a passionate, soulful singer and as a guitarist he deserves to be considered up there with all the other blues greats.

Killin’ It Live is already in the running for top spot on this year’s ‘best of’ list- it’s that hot. 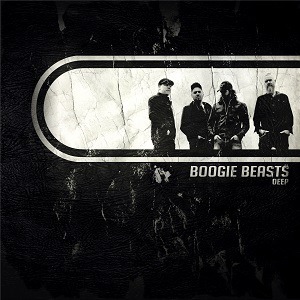 The Mississippi Delta meets Brooklyn- this is punk blues by way of Belgium.  Filthy and psychedelic, Deep is nasty- and so damn cool.

Boogie Beasts is a combination of the psychedelic band Voodoo Boogie and the garage duo The Goon Mat & Lord Bernardo, and Deep is all about the groove.  I can’t describe them any better than their website does; “A touch of the Black Keys jamming with John Lee Hooker at a rave in the wee hours of the morning, or Morphine on a psychedelic trip with Little Walter or even RL Burnside backed up by the young Rolling Stones at a juke joint gig.”  That captures what the Beasts do perfectly.

Listening to Deep was like the first time I heard Soundgarden’s Superunknown, in terms of how they made me feel… unsettled and disjointed.  The screaming harmonica riffs and the distorted, overdriven- well, almost everything- takes a little getting used to, but I can’t imagine these songs sounding any other way. Plenty of fuzz in this greasy sound explosion, some slap-back echo, and a clear love of the blues.

Boogie Beasts are Jan Jaspers on guitar and vocals, Mathias Dalle on guitar and vocals, Fabian Bennardo on harmonica and Gert Servaes on drums. They make a primal noise, a kind of blues that reaches way past the intellect and into the emotions.  Deep is the kind of album that will visit my CD player on a regular basis.

KEY CUTS:  In Front Of You, Emotions, MAD 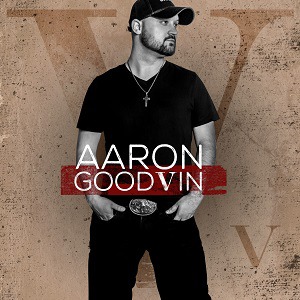 Goodvin follows up his self titled 2016 debut here with an inspired sophomore effort.  Unlike some of his contemporaries, Aaron isn’t a rocker masquerading as a country artist- he lives and breathes this life, and there’s nary a note of cynicism in the unabashed simplicity and emotional directness of his songs.

Having moved from Spirit River, Alberta to Nashville, Aaron cut his teeth writing songs for artists like Luke Bryan before breaking out on his own in 2016.  The first single, You Are, is already a #1 hit single at Canadian country radio, and Billboard Magazine has named him as one of 7 country artists to watch this year.  “I can’t wait for the world to hear this record” he says, and you can rest assured the world is listening- I’ve play-listed You Are in the first segment my March 4th show on United DJ’s.

I’ve resisted country music over the years, but the older I get the more I understand its connection to the blues; I’ve heard it called ‘the white man’s blues’.  V is a collection of songs inspired mainly by his wife Victoria, and this 2018 CCMA Songwriter Of The Year, has a way with words.  Every Time You Take Your Time feels like the country equivalent to Clapton’s Wonderful Tonight, and Bars & Churches is hardly your standard honky tonk ode. There’s more emotional truth in the songs on V than you’ll find on your average country record, and that’s refreshing.

KEY CUTS:  Every Time You Take Your Time, You Are, Bars & Churches 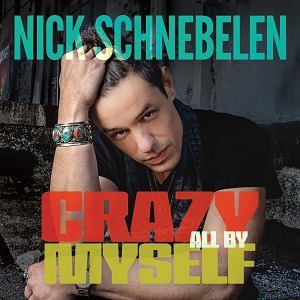 CRAZY ALL BY MYSELF Nick Schnebelen (Vizztone) *****+

This is full contact blues.  With a voice that can sound like JJ Grey meets Howlin’ Wolf and a spectacular playing style, Nick Schnebelen’s Crazy All By Myself is one of the most exciting discs- blues or otherwise- you’ll hear this year.

Schnebelen is a founding member of Kansas City’s Trampled Under Foot, an award-winning blues group.  He’s also winner of the Blues Foundation’s “Albert King Award” for best guitarist, and Crazy All By Myself is a high octane blues/ rock adventure, though the song Soul Magic sounds exactly like you imagine it would.  Nick comes blasting out of the gate with Lil’ Death that really sets you up for the rest of the album, each track shifting the energy up or down so it feels like you’re riding a wave.

Produced by drummer Tony Braunagel (Taj Mahal, Robert Cray), Crazy is impressive sonically- I even love the sound of Tony’s snare drum.  Lots of bottom end here but it’s punchy and tight. Should I ever find myself in the position to shop for a high end audio system (I can dream, can’t I?), Crazy would be perfect for the ‘test drive’, and it’s the kind of record makes you feel like you wish you did most of the time.  GREAT stuff.

KEY CUTS: Crazy All By Myself, Lil’ Death, Soul Magic, Bad Disposition For The Blues 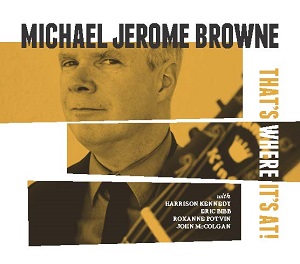 MJB’s new disc is soul music as seen through the lens of a traditional blues player.  Startlingly intimate, That’s Where It’s At will help heal your worried, battered soul.

This album focuses on the connection between blues and soul in a stripped down way.  Accompanying Michael’s unaffected vocals are only his guitar, with drummer John McColgan on five tracks.  Adding vocals are Harrison Kennedy, Roxanne Potvin and Eric Bibb, but that’s it.  As for the songs themselves, there are 5 original tunes mixed in with stuff by Sam Cooke, Bobby “Blue” Bland, Al Green and Stevie Wonder, plus a couple of old spirituals from way back.

The vibe on That’s Where It’s At is exciting and affecting, thanks in part to it being largely recorded live off the floor in Sherbrooke, Montreal and Hamilton.  Browne’s tasty finger-style guitar playing is something I could listen to ‘til the cows come home, and his warm voice inhabits each lyric as if he’d lived every word himself.  This is a record that gets right to my core in much the same way Matt Andersen’s stuff does.  I’m not just hearing the music and marvelling at the wonderful musicianship, I’m also feeling each song as it unfolds.  That’s what good music does.

That’s Where It’s At is a wonderful, timeless, intimate treat that I can’t recommend highly enough.  Michael has live shows in BC throughout the first half of May (visit michaeljeromebrowne.com for info), I urge you to catch him live if you can.

KEY CUTS:  Pharaoh, Everybody Ought To Treat A Stranger Right, Remember When