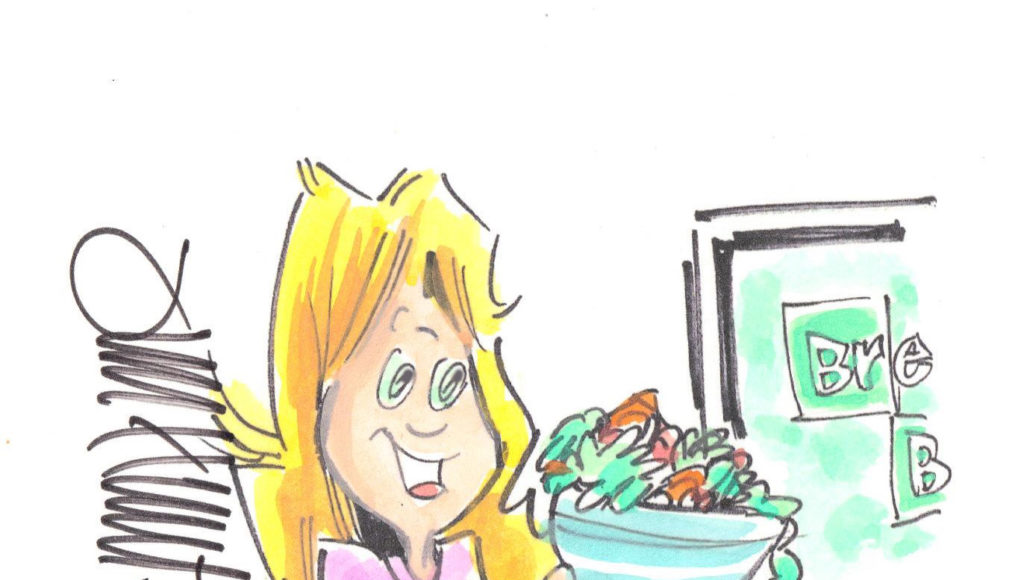 Last winter I convinced my husband to watch the premiere episode of a popular drama about an aristocratic family and their servants in the post-Edwardian era. I’d been hearing good things about the British television series for years, and although it looked a bit stuffy, I felt curious enough to check it out.

“Just one show,” I said, as we were preparing dinner. “Let’s see what all the fuss is about.”

With no hockey games on that night, and the kids out at sleepovers, he agreed.

“Okay, but it’s not called Downtown Abbey,” he said. “It’s Downton. There’s no extra w in there and Petula Clark doesn’t sing the opening.”

He was right. After watching the first installment we looked at one another quizzically.

“Do you want to watch the second one?” he asked, relieved to discover a show we both liked.

Once episode two ended, we immediately watched the third, the fourth, and then, dare I admit it, the fifth.

Not only did I now understand what all the fuss was about, but I also experienced my first dose of binge-watching a TV show.

An often criticized social trend, binge-watching is defined as viewing two to six episodes of the same program in one sitting. It’s something I couldn’t fathom doing until I easily did it myself that night.

We ended up taking in the rest of the first season and the subsequent two in a similar way. We never again spent over four hours watching five episodes all at once, but most nights we managed to view one or two of them until we consumed the entire first three seasons.

When it was over we had to wait for the fourth season to be released. Unlike some of the new series that cater to this marathon mania by having their entire season made available immediately, Downton Abbey only aired one episode per week. Suddenly, this typical way of watching TV that had been perfectly acceptable before wasn’t good enough.

I decided to replace my newfound addiction with another great series.

But I had to wonder: was this latest trend doing me harm? I could answer with a resounding no if I was on a treadmill or working out as I watched, but that never happened. I was always completely sedentary on our big comfy couch under a nice cozy blanket. And to top things off, I was often snacking at the same time to keep myself from falling asleep.

“Make one of your giant salads,” my husband suggested after I griped about all the extra nighttime calories I was consuming. “That’ll help.”

He was right again, it did. With that concern solved I then questioned if watching the shows back-to-back was eliminating the anticipation element. It reminded me of that feeling of rushing through an amazing book only to get to the end and then wishing I’d taken more time between chapters to fully digest the words and savour the narrative.

I also worried about turning into a lazy couch potato who’d rather stay home watching TV than go out or socialize with friends. But, who was I kidding? I turned into something of an anti-social homebody years ago.

Since getting hooked on Downton Abbey we have now binge-watched the entire series of Breaking Bad, Orange is the New Black, House of Cards, Mad Men, Louie, and currently we’re in the middle of the Hamlet-inspired Sons of Anarchy.

I’m not going to profess this habit has improved me as a person the way a deep reading of a literary masterpiece might. But I love the opportunity to end a busy day watching an incredibly well written story with a big bowl of salad.

As for tonight, I plan to cozy up on the couch for an hour or two, and do exactly that.