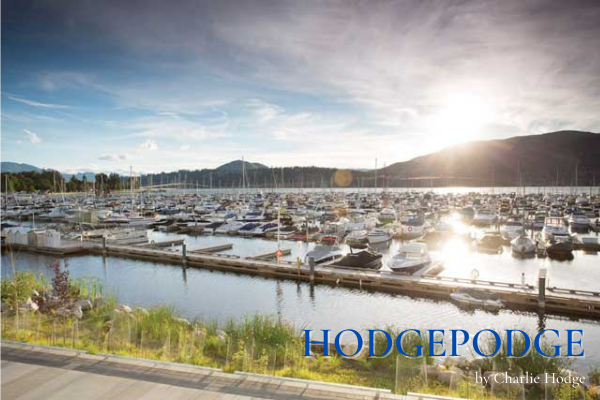 Welcome to the end of June and, apparently, the new month for game playing.

The summer winds came blowing in with the absurdly late in the season NHL Stanley Cup finals. Colorado ended an attempted three-peat by the Tampa Bay Lightning to capture the infamous mug with stud superstar defenceman Cale Makar winning the playoff’s Most Valuable Player award. Colorado won the cup in six games.

Not sure about you but I barely watched a game in the final round or two. When Toronto was eliminated from further pay in the opening round (by Tampa Bay), I lost most of my interest in watching hockey instead of watching my garden grow. When all the Canadian teams were removed so was all my interest.

I love hockey but not during the last week of June.

However, with one set of games ending it seems only appropriate that another should begin. Politics.

This week the shuffle and dance began on two levels – provincial and municipal.

A shock to some, not so much to others was the announcement Tuesday by Premier John Horgan that he is stepping down as head honcho at the end of the term.

The first two-term NDP leader of B.C., says there will be a leadership convention in the fall to select a new party leader.

The popular premier made the declaration following a two-day cabinet retreat in Vancouver, suggesting it’s traditional to reflect on the future at the halfway point of a term, and after two bouts of cancer (throat cancer in 2021 and bladder cancer in 2008) he is tired and “not able to make another six-year commitment to this job.”

“It’s been the thrill of my life to be the premier of British Columbia,” Horgan said, noting there has been “endless speculation” about his future due to his battles with cancer.

“I want to put the speculation to rest so we can get back to what really matters and that’s the issues before British Columbia.”

Horgan stated he’s cancer-free but hurried back too quickly after treatment. “I probably got back a bit earlier than I should have. But it doesn’t change the fact that I’m going to be 63 this summer and I’ve been involved in public life working in government for 36 years, I’ve been an MLA for 17, and I’ve been leader of the NDP for eight and premier for five.”

Meanwhile on the local scene, my friend and cohort surprised many on Monday announcing he is done with politics – for now. Ryan Donn is taking a step back from politics. The two-term Kelowna city councillor told Castanet News his name will not appear on the ballot when voters go to the polls in October.

For Ryan it’s all about family. I say good on him, right choice!

“I see this decision as a pause to my political career and fully expect that in a different season of life I will likely consider running again,” Donn says.

“For this season I’ll be reducing my community role to focus on my family, career, some travel, our ever-evolving farm, and heck maybe even pick up my guitar again and sing some songs.

“I owe a lot to my family. They sacrificed a lot due to my role in the city. Thanks to Kim and our daughters Lyla and Isabella for supporting me to be on council the last eight years. I love Kelowna. It’s been a gift…and opportunity to advocate for our collective quality of life,” he added.

Proud of you Ryan and I look forward to you singing again. You served the city well.

Former city development engineering manager James Kay has tossed his name into the hat seeking a seat as councillor while incumbent councillor Mohini Singh has declared she will seek re-election in October.

Nomination packages for anyone contemplating a run for city council or school trustee will be available by the end of July. The nomination period runs from Aug. 30 to Sept. 9.

This column was written and printed a few hours before well known local businessman Tom Dyas was to hold a press conference at the Rutland Centennial Hall. Speculation is Dyas will once again run for mayor in Kelowna.

Dyas finished second in the mayor’s battle four years ago losing to Colin Basran in the 2018 municipal election. Colin is holding his cards to his chest on whether he will seek re-election or not.

Even Peachland is active already where current councillor Patrick Van Minsel has said he will seek the mayor’s chair.

“These years have convinced me of the need for consensus-minded leadership,” Van Minsel said.

Mayor Cindy Fortin is concluding her second term as mayor. She won re-election four years ago when her name was drawn out of a hat after she and challenger Harry Gough finished in a dead heat. Cindy has not said if she is running for re-election yet.

So … let the games begin. It can only get hotter from here.