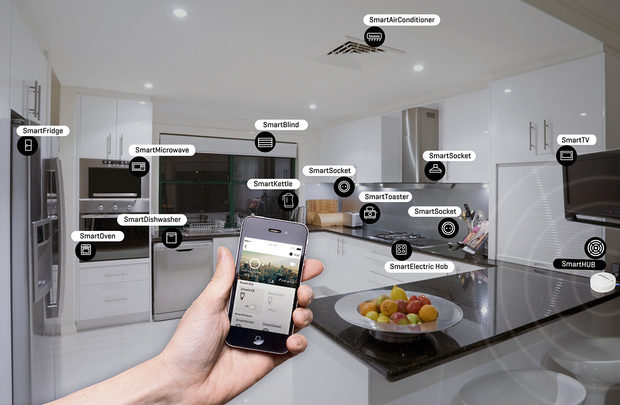 Smart homes are getting more and more popular. Presently, everyone enjoys a nearly constant barrage of new technology – and we can see that this is the case even in the kitchen.

Aside from the fact that most of us spend a lot of time in the kitchen space, there have not been many advances when it comes to technology and appliances in the kitchen. However, that is about to change very soon – and things like bread robots and live cooking classes streamed on your kitchen appliances are starting to look more familiar.

Food Recognition: A Vital Part of The ‘Smart Kitchen’

The smart kitchen is basically a concept that hinges on appliances which learn to think for themselves. This was introduced in several appliances including the WLabs Smart Oven by Whirlpool as some of the best examples.

Meanwhile, there are other competitors like Amazon’s Smart Oven and Tovala Smart Oven which also excel in scanning packaged foods sold in grocery stores. When all of this works, it is a concept that takes the guesswork out of baking, roasting and even dehydrating. Essentially, you are getting smart kitchen tech that can recognize objects, help you with the preparing and even sense spoiled food.

It seems like that with so many gadgets in the kitchen, manufacturers are forced to make new kitchen tech smarter and smaller. A good example are coffee makers. The Instant Pot with Wi-Fi is a popular choice which can be smartened with a smart plug for simple on and off control.

Smart countertop ovens, blenders and toasters are also coming to the market. Their main features are related to knowing how long to run and prepare the ingredients in the best way possible.

There are now dozens of kitchen apps and they are just great. However, with the world of kitchen tech, these apps are getting more uses and syncing with the actual appliances. There are apps for recipes (which we know) and apps for smart large appliances (which are quite new), as well as ones for ordering groceries and ways to order groceries with a voice assistant.

In the end, it is easy to see that the smart home is getting even smarter, and the kitchen is finally a major part of this future.