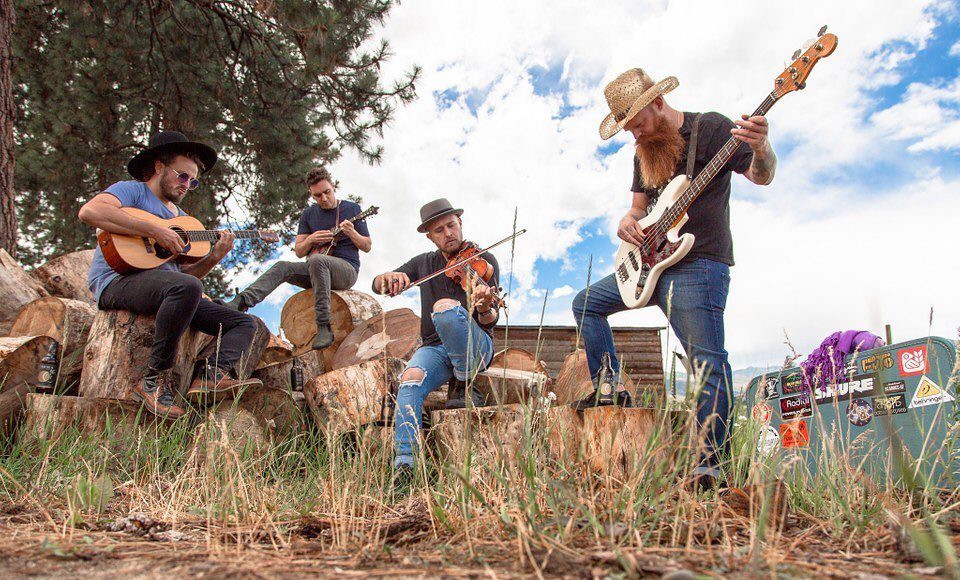 The single, entitled The Way Life Goes, is a a slow-burn folk tune that grows into a full-bodied sing-along chorus. The song focuses on the importance of living with compassion in our day-to-day lives, as we will never know what those around us are experiencing. The song is warm and celebratory, and encourages us all to live a little kinder with each other.

Kentucky Eileen is a folk act from Kelowna, BC – they are quickly becoming household names in BC, and will be embarking on a long-awaited National tour on June 20th with 22 dates across the country.

The song was written upon the death of John Prine, and later recorded at the end of the COVID-19 pandemic Vancouver at Light Machine Records. It was mastered at Railtown Mastering.

The band fought hard through the pandemic – when the first restrictions were introduced, the band had to cancel a 21-date Germany tour and held off all National Touring prospects. They eked out a handful of shows each year as they worked through the changing restrictions, but the group is very excited to finally be taking this band on the road.

“This is what we built this band for – these songs have been percolating now for a couple years, and we can’t wait to finally bring them to people across the country.” says band lead, Joshua Smith.

The band is releasing singles all summer long culminating in an EP release in October, at the end of their main touring season.

Kentucky Eileen is your new favourite folk quartet – they’re those sudden friends that you feel like you’ve known all your life. Born out of the orchards of the Okanagan and laser-focused on their Nashville-style sound, they bring a modern Canadian flavour to American folk music. These boys pack smiles for miles and deliver you meaningful tunes, hand-written and packaged just how you like ‘em.