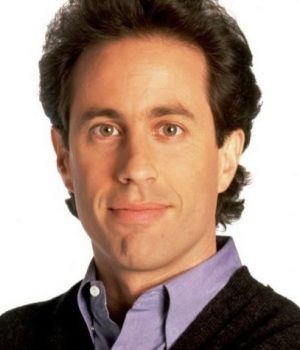 America’s premier comedian, Jerry Seinfeld, will be performing his signature stand-up routine at the South Okanagan Events Centre. Seinfeld has been hailed for his uncanny ability to joke about the little things in life that relate to audiences everywhere.

Seinfeld is known for playing a semi fictional version of himself in the sitcom ‘Seinfeld’, which he created and wrote with Larry David. Seinfeld was heavily involved in Bee Movie, in which he voiced its protagonist. In 2010, he premiered a reality series called The Marriage Ref. He directed Colin Quinn in the Broadway show Long Story Short at the Helen Hayes Theater, which ran until January 2011. He is the creator and host of the web series Comedians in Cars Getting Coffee. In his stand-up comedy career, Seinfeld is known for specializing in observational comedy, often ranting about relationships and embarrassing social situations.

In 2005, Comedy Central named Seinfeld their “12th Greatest Stand-up Comedian of All Time”. Seinfeld now sets his sights on performing both nationally and internationally in 2017.

Just felt the need to share some bloopers from the historical and hysterical Seinfeld show. Enjoy! 😉