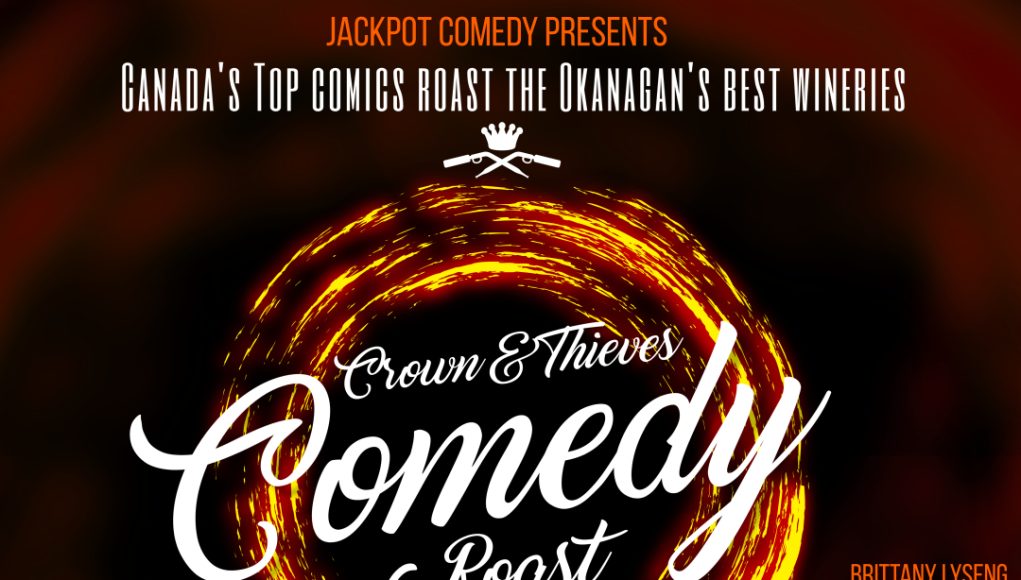 Ever wanted to see some of Canada’s top comics roast the five Jason Parkes Wineries on Crown and Thieve’s Birthday?
Over two nights, Jan. 28 and Jan. 29, comedians Brittany Lyseng and Sunee Dhaliwal are doing a very special show where they roast all five Jason Parkes Wineries. Don’t miss your tickets to this speakeasy show!
Get your tickets at https://crownthieves.com/pages/events
Brittany Lyseng is a nationally touring stand-up comedian. She can be heard on CBC Radio’s Laugh Out Loud, CBC’S The Debaters and Sirius XM. Brittany’s down-to-earth view of the world is capturing audiences across Canada and has earned her a place at the Just For Laughs festival in Montreal, JFL Northwest in Vancouver as well as JFL42 in Toronto.Brittany’s humble beginnings as trades person are apparent in her unique delivery and a one-of-a-kind view of the world. In 2019 Brittany released her first album “Going up” which debuted at number one on Itunes. You can catch her on CBC GEM – The New Wave Of Stand Up Comedy, Jon Dore’s The Stand Up Show on CTV and season one of Roast Battles Canada.Sunee Dhaliwal is a national touring headliner who has graced stages around the world His personality and unique sense of humour have made him a club and crowd favourite wherever he travels.Think of the funny guy in high school who both the jocks and the nerds liked. Sunee is one of the fastest rising stars on the Canadian comedy scene. Sunee has performed in comedy festivals such as Montreal’s Just for Laughs Festival, the Winnipeg Comedy Festival, the Halifax Comedy Festival and JFL Northwest.He has worked with such talents as Tom Segura, Jim Belushi, Bryan Callen, Tony Rock, Mike MacDonald, Jo Koy, Sugar Sammy and Charlie Murphy. Sunee can regularly be heard on XM Radio and has done his very own Comedy Now! special, which airs on CTV.The sky is the limit for Sunee Dhaliwal. A few years from now, he will have you saying “I saw him when…” Catch him when he comes to your town.
Get your tickets for this unique and exciting events at the Crown and Thieves events page.https://crownthieves.com/pages/events