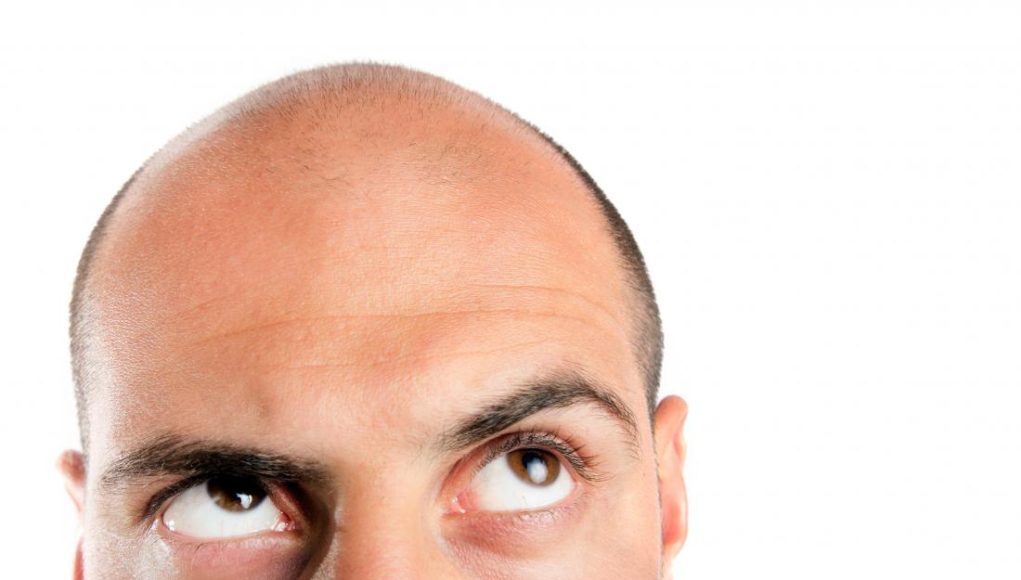 I have been impressively successful with lying to myself over the past few years about the fact that I’m aging. Unfortunately, my mirror is not nearly as accepting of such misinformation as my ego is. Even if my mirror agreed to deceive me the tell-tale signs wash down the drain with every shower.

My hair is abandoning my head at an alarming rate.

I fully expect my head to be labelled an ‘unsightly premises’ or ticketed for some sort of municipal bylaw infraction at any minute. If sporting a spotty, splotchy scalp of hair is not illegal, it should be.

Now some folks (like friends Rob, Josh or Curtis) get away with the clean dome look. In fact, they probably look better without hair. But they also have normal shaped heads, sans my dents, lumps and bumps.

I blame the ugly head largely on Dad. Why not – it’s easy to blame someone genetically related and also dead?

For the record I vaguely recall a few times as a youngster when my father insisted I really was not his spawn. However, the physical evidence is overwhelming – I have my father’s large forehead. Dad always maintained that a large forehead was simply a sign of higher intelligence. Mother claimed it had something to do with forceps used at birth when I’d decided to stay where I was rather than face the real world. (Hmmm, some things never do change).

A few other friends have mastered the art of hair deception. Randall, for instance, has a patch at the back of his fine shaped head that produces copious quantities of hair. So much, in fact, that he sports a wonderful long ponytail. When he covers the remaining open spaces with his funky hat he’s poster boy material.

Jimi, another talented musician, is still adjusting to his hair loss but hides it well with his signature toque and tremendous guitar playing. (His amazing guitar playing hands take the attention away from his head)

I can’t play guitar worth a darn, and a toque on me looks like, well, a small guy with a big forehead wearing a stupid toque.

That’s why I count on Colleen so much.

She is my hero.

Colleen is a talented scissor surgeon with Kelowna Hair Design and the only person I have met in the past 10 years that can make some sort of sense of the little hair I have left. (I have two patches that grow like a rainforest on an otherwise bald mountain).

However, just when I really needed Colleen it appeared she’d gone and done the unthinkable – took a few days off work. I phoned on Thursday arrogantly expecting to get a chop and buzz on Friday. All I got was the proverbial telephone tape recording telling me to politely take a hike – she was on a holiday.

It seemed a lack of advanced planning on my part had suddenly constituted a minor emergency for the rest of the world. I need my haircut by Monday.

As often the case for this scribe I found myself desperately in need of a sudden solution and resorted to the number one male fall-back plan – I asked my wife what to do.

Teresa suggested I call Colleen again and do my best emergency grovel routine. Naturally I did what I was told.

After rambling on at length about how much trouble I was in, how Colleen was simply the best, and begged for an ‘emergency’ session I hung up.

Magic. Colleen returned my call and agreed to go above and beyond in the line of scissor duty. Not lonely did she agree to help me out, she even made a house call to do so.

I’m confident Colleen will not be pleased I’ve told the world how accommodating and kind she was but I’m just plain thankful and impressed.

My bald, beat-up bean looks spiffy. Making my hair look this good could very well land her in the Hair Stylists Hall of Fame.

She also saved me from having to buy a hat.