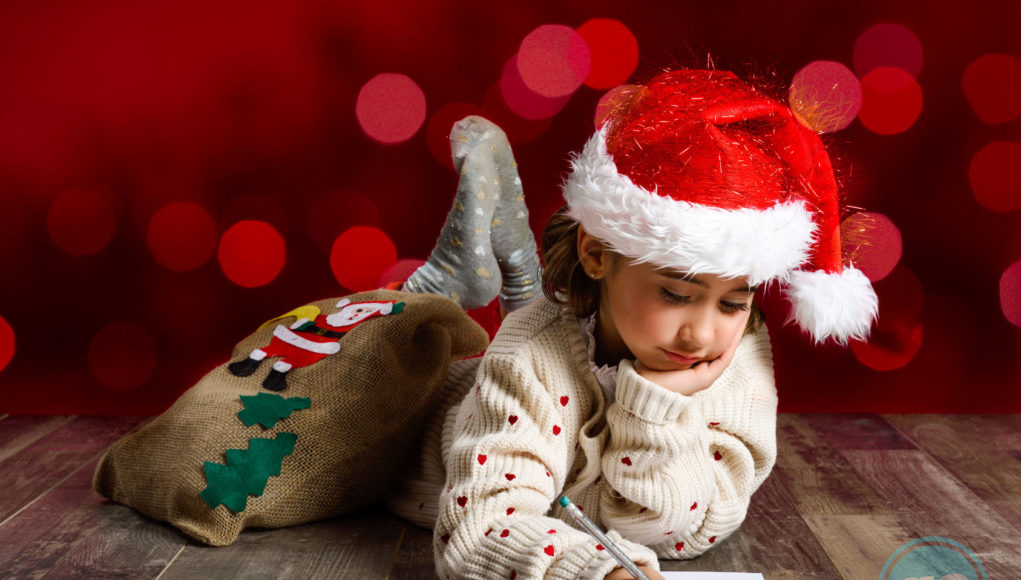 Yes Taylor, I believe there is a Santa Claus.I admit that’s not a scenario I have contemplated for a while, however as a young lady who just turned seven I understand the importance of discussing such a significant question.As your grandpa I will gladly share my thoughts with you.I realize that being old precludes the fact I probably get things all fuddled up in my aging brain – and as you’ve often chuckled before, grandpa is capable of being ‘pretty silly’ sometimes. However I will do my best to be honest and share my heart with you.Hard as it is to believe Grandpa is 61 and a Grandma is, well… let’s not go there right now as Grandpa would like to live to age 62. Suffice to say, Grandma Teresa is younger than Grandpa but not exactly born yesterday. Both of us totally embrace and get very excited about Christmas, and all it brings including Santa.We always have and probably always will, and hope you do too.However, from here on there is no question that your belief in Santa will be tested. That is one of the pitfalls of getting older or growing up. (Grandma and grandpa have fought very hard to not grow up over the years – but it happens even to the youngest of us sooner or later).Earlier tonight when you asked me if I believed in Santa I took a second to respond because the question caught me off guard. I paused for a moment to make sure the answer I gave was honest. After a few seconds contemplation I realized the answer was an easy one. Do I believe in Santa?Yes. Without question.Again, I always have and always will, and hope that’s the case with you.Sometimes in life believing in anything becomes difficult. Believing largely comes from the heart not from the head. As you venture through life you will discover that sometimes the two really do collide. For what it’s worth I generally take what my heart says over my head. That may not be good advice but it’s my advice.Later, as you and grandma were writing a letter to Santa, you told us with great consternation that some of the kids at school said Santa isn’t real. You continued on, telling grandma you would assure your friends ‘there is a Santa’, but I could tell as your voice wavered there was a tad of uncertainty. I wanted to say something right then but did not want to interrupt the letter writing. (We all know how important getting your letters to Santa is).However, what I wanted to say is this. There is a difference between whether or not Santa is ‘real’ and ‘believing’ in Santa Claus.Do I believe in Santa Claus? As said before, yes. Is Santa Claus real? That’s a little trickier answer.Real in what way?As you grow older life will teach you various forms of reality some obvious and some not. Much of reality is based on fact or evidence, however not always. Sometimes what seems real to one person is not so real to another. Like belief, many things impact whether or not something is real. As I mentioned before there are different kinds of ‘real’.There is a ‘physical’ reality. The flesh and bone sort. One you can touch, feel, or see. There appears to be many Santas out and about at stores or in parades at Christmas. You’ve sat on Santa’s knee a couple times – I’m sure you remember them well. I admit many Santas we meet are just regular people dressed up and pretending to be Santa. They do so because they want to help spread the joy and fun of Christmas. They are simply daddies or grandpas pretending to be Santa in order to help spread the cheer.  It’s a great big world for one Santa to be everywhere.But is there a real ‘physical’ Santa somewhere?I believe so – but I could be wrong. Certainly here in the 21st century we have explored and discovered most of the world and located most of the secret places but not all of them. For instance we have not found Santa’s north pole, nor have we found Atlantis, or other places such as Heaven or Hell. But just because we haven’t found them doesn’t mean they’re not there.Is Santa Claus real on a ‘spiritual’ level?Once again, I believe so. Some might say we confuse Santa with Christ, that we mix the two up. Perhaps – but not often. Certainly both of them revolve around love, goodness, sharing and carrying – and that can’t be wrong. I believe the spirit of Christmas is so strong because it involves both Santa and Jesus.Finally is Santa real ‘mentally’.This question has no right or wrong answer. It is a question about choice, about what one decides to believe, what one perceives is real or not.Because I choose to find joy and happiness and peace whenever I can I have made a mental decision to ‘believe’ in Santa to make him ‘real’ in my world and in my heart.For me Santa will live forever and I don’t care what my classmates, or friends, or anyone else says about it because it’s my heart, my mind and my spirit.So do I believe in Santa?You bet. Now then, let’s that get that letter for Santa into the mail, and tuck you into bed.