Congratulations to the lonely and lightly populated state of Montana, who have managed to accomplish something no other state or province has done in decades – make B.C. politics almost appear logical.Admittedly my knowledge of the state just over the border is a tad limited. I have travelled through there a few times, always on the way to somewhere else, and never with a negative incident. (The same cannot be said for a few provinces I have travelled.) I also know the state produces fun, intelligent, and personable red-heads such as my buddy Kitty Stolar – though I believe this has no connection with Irish immigrants or anything to do with genetics.In addition I know that Montana is a healthy, hard working place with lots of ranch and farm land still in production and a population that has largely been politically Republican over the years. That may change by the time this rag reaches your lap.Seems the number one ranked wana-be politician in Montana – Greg Gianforte punched his way into trouble on the eve of election day. Wednesday Gianforte allegedly “body slammed” and then punched Ben Jacobs, a Montana Guardian newspaper reporter, at least once. Gianforte broke Jacob’s glasses during his attack while screaming at the reporter as he forced him to the ground.Of nearly equal surprise was that a FOX News reporter who witnessed the assault actually defended Jacobs (a competition media member) with her testimony of the event, suggesting Jacobs did nothing to instigate the attack. FOX is known for its pro-Trump stance on all things news-worthy.Three major area newspapers withdrew editorial support for Gianforte the next day, one of them with a rare election day editorial condemning the incident. Despite the fact it is illegal to make such comment on election day the newspaper’s editorial board felt it morally needed to do so. Interesting.With 70 per cent of anticipated votes already cast it is difficult to say whether Gianforte will tumble from the top spot or not. Regardless, the situation sends out further messages that Republican politicians are foolishly following the bully like style of government that their dysfunctional leader adheres to. Clearly Trump’s aggressive, redneck, threatening manner of message delivery seen over and over the past few months is having an influence with his minions.Regardless the reason or even the result, the debacle out of Montana claimed all the news time Wednesday evening making the final results of the May 9 B.C. election nearly impossible to sort out.Only in B.C. can we go through months of election rhetoric including promises, threats, smear advertisements, lobbying … and at the end of it all wind up with a tie. Sort of like watching a Vancouver  Canuck season.As it stands now the Green Party (who most voters gave zero thought to once again) hold the balance of power. How and where they decide to put their support will largely dictate whether the NDP or Liberals take control for the next four years.Clark or Horigan? What the voters could not decide three Green Party members will.The scenario has lots of folks scrambling to check out the fine print of Elections B.C. the Municipal Act and other guidelines to decided what options exist for both sides.If the current count of seats remains at 43 Liberal and 41 NDP then apparently Clark can claim the title, however the NDP and others say such is not necessarily the case and seem likely to contest such a move.Which can only mean weeks or months more of limbo and name calling.I can hardly wait.Oh well, between Trump antics and donnybrooks in Montana at least the wait may prove entertaining.Only in B.C. you say? Hmmm. 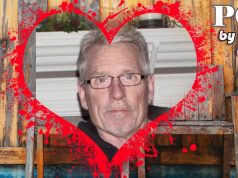