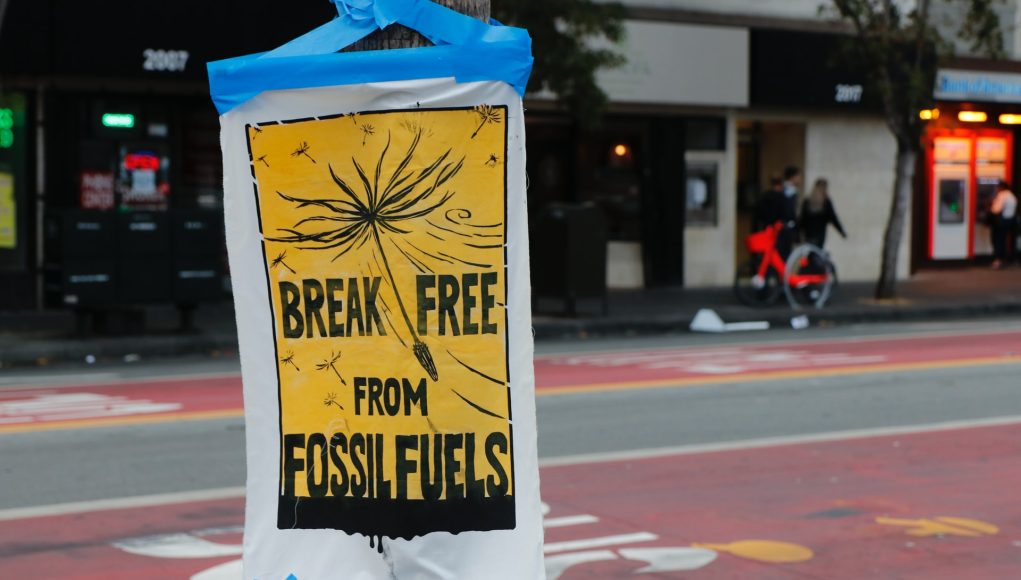 The fossil fuel industry has gone to great lengths to paint itself as an environmental champion working hard to reduce greenhouse gas emissions. It can’t be trusted.

It has fuelled a rapidly accelerating crisis that puts the health and survival of humans and many other living beings at risk — all for the sake of enormous profits.

Industry leaders have been knowingly misleading people for decades about the consequences of wastefully burning their products. About 45 years ago, oil giant Exxon’s own scientists warned that excessive fossil fuel use would bring about climate disruption.

“In the first place, there is general scientific agreement that the most likely manner in which mankind is influencing the global climate is through carbon dioxide release from the burning of fossil fuels,” Exxon senior scientist James Black told the company’s management committee in 1977. The next year, he said doubling CO2 emissions would increase average global temperatures by 2 to 3 C, which lines up with today’s scientific consensus. He added that “present thinking holds that man has a time window of five to 10 years before the need for hard decisions regarding changes in energy strategies might become critical.”

Recent evidence shows the oil giants are still up to their old misleading and dishonest tricks, often with the help of compliant media and politicians.

Exxon did nothing about the looming crisis it was contributing to, but company executives put enormous amounts of effort and money into downplaying the science and sowing public doubt and confusion. They even worked to undermine international climate agreements such as the 1998 Kyoto Protocol.

Had world leaders acted on the evidence even as late as 1988 when NASA scientist James Hansen warned U.S. lawmakers about the crisis, we likely wouldn’t be in such a predicament. As Scientific American notes, “Half of the greenhouse gas emissions in our atmosphere were released after 1988.”

Recent evidence shows the oil giants are still up to their old misleading and dishonest tricks, often with the help of compliant media and politicians. A peer-reviewed Japanese study, published in the scientific journal PLOS One, found increasing mentions of climate-related issues and company claims about shifting to clean energy in annual reports over the past 12 years. But actions are going in the opposite direction, with business plans relying on increasing oil and gas exploration, development and export.

According to the Guardian, the new study “found mentions of climate-related keywords in annual reports rose sharply from 2009 to 2020. For example, BP’s use of ‘climate change’ went from 22 to 326 mentions.”

These company executives and their political and media supporters know coal, oil and gas are already making life miserable for countless people . . . and that if we continue on this trajectory, Earth’s life-support systems will become increasingly compromised. But they don’t seem to care . . .

Companies also claim they’re reducing their own emissions, but it’s usually just from operations and not the much greater volumes from using their products as intended.

The stated goal is always the same: to maximize shareholder returns. This means hyping things that allow continued business as usual — such as carbon capture, hydrogen and biofuels — rather than facing the inevitable need to stop fossil fuel use altogether. Last year, the International Energy Agency said there can be no new fossil fuel development if the world is to meet net zero climate targets by 2050.

These company executives and their political and media supporters know coal, oil and gas are already making life miserable for countless people confronting droughts, floods, heat domes, wildfires, increasingly inhospitable temperatures and more, and that if we continue on this trajectory, Earth’s life-support systems will become increasingly compromised. But they don’t seem to care, as long as the cash keeps rolling in.

These executives, politicians and news media operators have also worked to portray those trying to slow or stop the destruction as enemies of working people. Again, they’re lying.

These executives, politicians and news media operators have also worked to portray those trying to slow or stop the destruction as enemies of working people. Again, they’re lying. Although the industry has provided good-paying jobs over the years, it is rapidly moving toward greater automation, lower costs and increased profits and shareholder returns. Money is more important than workers and communities.

Environmental and civil society organizations, on the other hand, have long advocated for a “just transition” for workers. This can include government support for training in clean technology and renewable energy, programs to get industry to pay for workers to clean up its messy legacy, such as abandoned and orphaned wells, and efforts to help communities diversify economic and employment opportunities, among others.

Don’t buy into industry greenwashing. We don’t have time for that. Two decades into the 21st century, it’s time to move on.