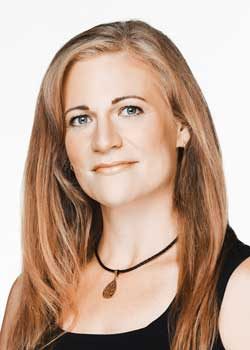 Penton joins the Radio West team from CBC Winnipeg, where she has been a familiar face for the past 15 years. She is no stranger to British Columbia, born in Nelson and raised in Williams Lake and Metro Vancouver, her home and her heart has always been in B.C.

Penton has an extensive background in news and is a popular radio news presenter, reporter and producer. She has also previously guest hosted The Story from Here, Information Radio, Up To Speed and Winnipeg’s Weekend Morning.

Her ample experience, leadership skills and news gathering expertise will be an invaluable addition to the Radio West team and will further strength CBC’s B.C. interior coverage. In addition, Penton’s experience as the weather specialist on CBC Winnipeg News at 6 will help inform B.C. audiences on the impact of various weather systems in the province’s complex landscape.

“We are so pleased to have Sarah join the Radio West team,” says Shiral Tobin, acting program director CBC radio and current affairs in B.C. “Sarah is an energetic force and has a strong news and storytelling background. Not only is she an excellent journalist, but she has a unique ability to connect with people from all walks of life, making her the perfect person to host Radio West.”

“I’m excited to come home and hosting Radio West is a dream job! I look forward to connecting with listeners across the province on the issues that matter to them, from the resource industries, fire season, to new trends in the Okanagan,” says Sarah Penton, host of Radio West. “I have made so many wonderful connections in my travels, but I am really looking forward to putting roots down in the Okanagan. I can’t wait to find new running trails and explore wine country with friends, new and old.”

CBC Radio One’s Radio West is the number 1 afternoon show in Kelowna and can be heard weekdays from 4 – 6 pm on 88.9 FM. Don’t miss Radio West’s back to school special Course Correction: Beginning a New Era of BC Education the week of September 4th. As students step back into the classroom, Radio West will explore the implications and impact of the Supreme Court decision on classroom size and composition on students and teachers.