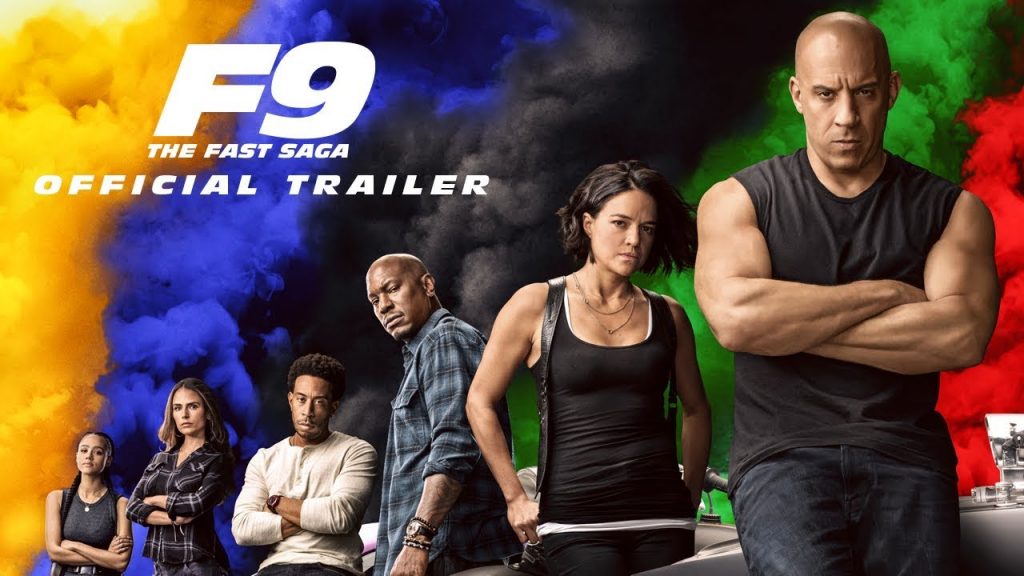 F9 is the 10th film in the Fast and the Furious series, including the spinoff Hobbs & Shaw. Many in the cast have been in the series since the beginning, like Vin Diesel, Michelle Rodriguez and Jordana Brewster. They’ve picked up Tyrese Gibson, Ludacris, Sung Kang and more along the way. This one introduces John Cena as Dominic Toretto (Diesel)’s long lost brother Jakob.

Diesel, Brewster, Gibson, Kang and Ludacris spoke at a press conference for F9 this month. Gonzo got to listen. In the modern world, we listen to the actors speak on Zoom instead of going to meet them in person. F9 is in theaters Friday.

Q: Could you imagine how far this series would go 20 years ago?

Jordana Brewster: No. 20 years ago as a 21-year-old, I had no notion of what we had on our hands with a small movie I thought at the time called Redline. We just thought we were making a movie based on an article and we all did our best, but we never knew that it would evolve and be embraced the way it has been.

JB: I think a couple of things. I think a little bit is some sort of indescribable magic and luck that we have. I think we have a very innovative team and [director] Justin [Lin] and Vin push themselves and will not make anything that does not raise the bar. I think with technology and you see it, we’ve gone to space. We envision every possible iteration of where the plot could go and where in the world we could go, and that’s all very exciting, but then at the core are these cast of characters that represent diversity so that at the very beginning, the audience saw themselves in these characters. At the core of the film is this message of family and that family is what you make of it and it’s not what you’re born into. It’s how you prove yourself to the family. One of my favorite scenes in all of these films is when the gang comes back and we’re in this warehouse and no one knows what the mission is, and yet we all know that we’re going to take part in it because we love each other. I feel like that’s what it’s all about. IN some ways, the actors are similar. We’re all talking about the next one and Vin’s spearheading this and he’s like, “Are you ready?” I’m telling Tyrese, it feels almost like life imitating art in a way.

Tyrese Gibson: I think a lot of it is tied into the experience before, during and after you watch this movie. I think there’s something interesting about the mystique around the franchise where it doesn’t matter how long we’ve been doing it, you look forward to the next one. There’s a certain anticipation that’s created, just wondering how are they going to reinvent this franchise again? How we keep doing it over and over and over again. You can’t say that this is luck. You can’t say that this is a microwave fly by night thing. You can’t say that this franchise has had its moment and it’s over. It just continues to reinvent itself. We’re heavily relying on the fans to support us, to be able to help us to make the statement that we all want to make which is yes, it’s very easy to go into theaters and go straight to streaming, but there are certain movies that literally belong in the theaters and this is one of them.

L: Man, I love it so much, you have no idea. My number one goal is to see some sort of progression and evolution in the character of Tej every single movie as we move forward. I’m glad that you noticed that because that’s something I fight for every single time.

Sung Kang: I think people get confused because it does have all the big action pieces ,all the cars and all the beautiful girls in it. But underneath it, the thing that makes the Fast franchise relatable on a global level is that the theme has always been family. The theme of family, something that is so simple and so relatable universally is camouflaged under all these action pieces. So people forget that that’s why you come back. You come back to revisit your friends and your family and go on another journey with them. But, it is Hollywood. It’s a Fast and Furious movie so you need all the craziness and you need all the action pieces.

VD: Dom Toretto, when you meet him, has little faith in the future and little faith in society. And probably didn’t feel like he believed in the world enough to have a kid of his own, and might not have believed in himself enough. The irony is, if you go back to Fast Five and you go onto that porch and you hear Dom talking to Brian about he’s going to be a great father, what you don’t hear is that Dom might not have thought of himself as a great father. That’s what’s not said in the dialogue. That’s what’s implied. Now we come full circle and we see how deathly committed he is to being a father.

Q: How did you handle the stunt work in F9?

L: I love it, man. I’ve been doing martial arts for the last seven years, so for me to start being able to showcase it in a movie was the best gift that I could possibly have.

JB: The stuntwork was really fun. So right before we began filming, I guest starred on one of Justin’s television shows called Magnum. In Hawaii where we shot, I got to do a bunch of action scenes. I was very deliberate in guest starring on Magnum because I was like this is going to enable me to show Justin what I can do. So on the set I would tape whatever scenes we were doing and then I would send it to Justin and go, “Justin I think this is what Mia should be doing as well.” Then in L.A. I would start training with Tae Kwon Do with my Tae Kwon Do master. I then sent him that footage so I was just trying to push Justin to give me more action and he finally relented. Then once we arrived in London, I worked with the stunt team and memorized the stunt sequences. It was so much fun. It’s so much fun to learn the choreography and then put it on film. I absolutely loved it. It’s just really great to be able to be physical.

Q: Ludacris and Tyrese, how would you compare the worlds of music and movies?

L: The thing about it is being an actor and being in movies, you’re only playing one part. You have a director, you have  a writer, you have producers and then you play one part, but then when you’re doing music, it’s pretty much just a beat and yourself and you have a blank canvas. You’re pretty much creating something from absolutely nothing. So there’s less elements when it comes to making music than it is doing a full production movie. I love both of them. Just they’re different.

TG: He’s a rapper, I’m a singer so we knew each other and had the utmost respect for each other before we even got in The Fast and the Furious. So we took that friendship and relationship and brought it over into the franchise. To be honest with you, at this point if we want to come up with something on the spot, the directors normally just let us do it and let us come with it. There’s only so much dialogue and banter and funny stuff that we do between each other that’s actually written. A lot of material that we come up with normally comes from when we get to the set. So we just hope that people have fun. I think there are so many opportunities to be stressed out about so much crazy sh*t going on in the world. If there’s such thing as laughing and making sure people are having fun for a couple hours out of their day, it’s a very proud torch to carry.

L: Man, we love it. I think part of the reason that it’s like that is because we’re cool off screen as well. We’re always joking, we laugh and we just have a good time. So I think that has a lot to do with it.

Check out more interviews and Q&A’s by Fred Topel!