Home Fred Topel Fighting With My Family Q&A with The Rock, Paige, Florence Pugh and... 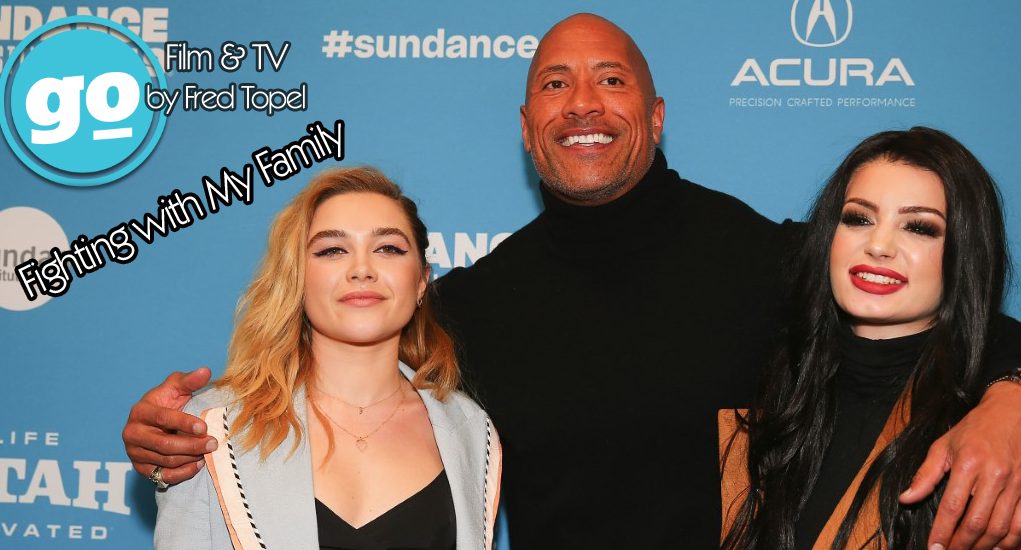 Fighting With My Family Q&A with The Rock, Paige, Florence Pugh and Stephen Merchant

Fighting with my Family shows how Saraya Knight (Pugh) got accepted to train in WWE’s NXT class and ultimately take on the ring persona Paige. The film premiered at the Sundance Film Festival and Gonzo was there with Johnson, Pugh, director Stephen Merchant and the real Paige. Fighting with my Family is now in theaters.

Question: How much of the wrestling did the actors do?

FP: I will say I had the most amazing wrestlers ever teach me, including this guy, and I also had an amazing stunt double, Tessa Blanchard. I also love saying that from the get go Stephen was really, really keen on making sure that we all did as much as we could and I’m so thrilled that he did that because it meant that we actually got to be part of the real storyline amongst that. A lot and then also not a lot, because you can see our faces as well. I did have an amazing stunt double, Tessa Blanchard, she’s a real amazing wrestler and she definitely kept me from dying in some big moves.

DJ: I will say this, as a guy who has a little bit of experience in the ring, she really did an amazing job and it really required her to not only embrace the character, but to go from no wrestling before to learning how to wrestle is a hard thing. It took me years and years to learn. She killed it. Florence did such an amazing job. The girl who played AJ Lee, Thea Trinidad, she did amazing. I’m very proud of everybody who got in that ring because it was extremely difficult to do, but she absolutely crushed. I’m so proud of you.

Gonzo: Did any of the other women in your NXT group make it in the WWE?

P: Yeah, actually a bunch of them. When I first started out, there was only about five of us and I was the only one who made it. But, more ladies got signed and now we have a women’s revolution and there’s so many more women now. It’s incredible.

Question: Have you ever thought about a movie about your wrestling family?

DJ: We considered it. I come from a long lineage, like Paige, of wrestlers in our family. So possibly one day. The lineage is long and if I could find the right writer, who understood it, I don’t know, Stephen Merchant maybe. Possibly, but I do want to say, because of the lineage, it was the biggest reason I identified with the documentary, because it honors certainly our main subjects. We were shooting Fast and Furious 6 in 2012, London, couldn’t sleep, three o’clock in the morning, I watched this documentary. I was so moved and fascinated by it because I knew that family so well. This was my family too as well. We lived like gypsies too as well. My family promoted wrestling too as well in bars, anyplace you can put a ring so I really identified with her story a crazy amount. I fell in love with it, I was so amazed by it. Then at Royal Rumble is where we met. She came up and introduced herself and I was like, “Hey, I just watched your documentary.” And she said, “Oh my God, I can’t believe it.” And here we are. It’s so completely amazing.

Question: Is the scene where Dwayne tells her she’s going to go on Raw true?

DJ: So we meet at the Royal Rumble, and then two years later at Wrestlemania, I tell one of my guys, “Hey, go grab Paige because I want to give her some good news.” So she comes over so we’re there and I say, “Hey, you are going to make your debut tomorrow. Good luck.” And then on top of that, I was like, “And you’re going to be Divas Champion.” And she almost fainted. It was amazing.

P: Within the first two minutes of meeting him. First of all, I got a text on my phone that said, “Hi, it’s DJ.” I was like, “Who the hell is DJ?” I asked Dean Malenko, “Who’s DJ?” He’s like, “Well, that’s Dwayne Johnson, you idiot.” I was like oh my God! Then within two minutes I had the biggest anxiety attack I’ve had in my life, but it was awesome. Thank you so much.

DJ: Yeah, of course. You earned it.

Q: What was going through your mind in your first Raw match before you became the Diva champion?

P: Well, that’s the scariest moment of my life because obviously it’s my first day on the main roster, and Dwayne obviously told me the day before I was going to win the Divas championship. So I had that going through my mind. I had a lot of nerves. I went up there, I really didn’t think that people were going to like me. I’m just this pale girl from Norwich who everyone thought was a weirdo. And then all of a sudden, I get this amazing opportunity to be the Divas champion. AJ was absolutely fantastic. I was just so scared. I was absolutely terrified but the adrenaline rush that you get from being inside that ring, it electrifies you. It was fantastic.

SM: In that final match, we had one hour to shoot at Monday Night Raw where Florence had to go out on day four of filming, recreate this real life match having had two months of training. Dwayne very graciously came down to M.C. the event. If you’ve ever been to a wrestling event when Dwayne appears, it’s insane. It’s like Elvis has come back to life. He goes out there and I said, “We only have one hour, D.J. so you really need to get out there, explain what’s happening, we need to get shooting.” He did 20 minutes on the mic. He’s talking to the fans. I’m the only person who’s ever been screaming to Dwayne Johnson to get out of the wrestling ring. Nevertheless, if he hadn’t done that, I don’t think we’d have gotten all that amazing footage so I appreciate it, but it was stressful.

FP: That was the most terrifying shooting day I think I will ever do for the rest of my life. I actually remember you beforehand going through the moves. 20 minutes before it goes live, every wrestler comes into the ring and they start doing bits. They’re all famous wrestlers. He goes, “All right, you’re up.” We step into the ring and all the other wrestlers are just standing there watching. I remember you saying, “It’s okay. I’m going to be there. If anything goes wrong, I’m going to be there.” It was the most terrifying night and you weren’t there. You were up in the box.