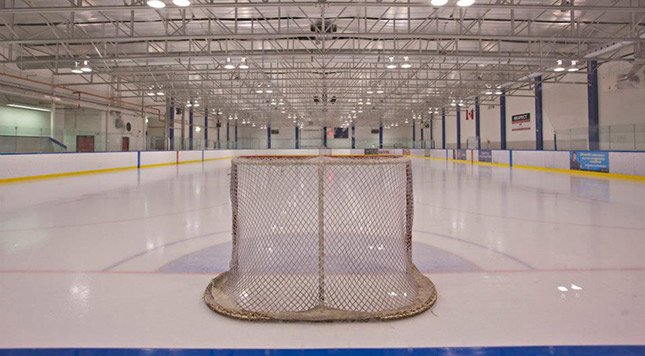 Father David Bauer had a dream

While the eliminated Canadian men’s hockey team, sans any NHL players, skated off the Olympic ice Wednesday I pondered what iconic Canadian hockey guru Father David Bauer would be thinking if he was still alive?

Bauer was the master mind and manipulator behind  the Canadian National Hockey Team during its amateur years (mid-1960’s to 1970).

Few men have better served their country or their fellow man than the legendary Bauer, and few men had such a lasting impact on so many. When it comes to true Canadian heros – Bauer can claim a podium all on his own.

It’s a rare thing to become such a distinguished and respected person as to have your identity a household name recognized across the land. Such recognition is normally applied to political leaders, superstar athletes, movie or rock stars, or international icons. Father Bauer was none of those – though in many ways he was all of them. But most of all he was a compassionate and calculated motivator who wore his heart on his sleeve.

Bauer grew up as one of 11 kids and even as a youngster there was a sense that David Bauer would run a different route than most in life. But no one (except perhaps his Dad) anticipated the impact Father Bauer would eventually have on so many others.

As Bauer often said, “the apple does not fall far from the tree” and indeed family, and especially his own father, held a tremendous influence on him.

Along with this feisty, argumentative bent, the family atmosphere seemed to endow him with an ability to engage people and to have a great sense of humour.  His Dad readily reminded him, however that he was “responsible to God for the talents gifted to him.”

When Dave was 16, he decided he wanted to be a pro hockey player like his brother Bobby (who played for the Boston Bruins). Dave packed his equipment and a little duffel bag and took the train to the Boston’s training camp in Pennsylvania. But dad was hot in pursuit and packed him right home and off to Saint Michael’s College in Toronto. “You may have a career in hockey,” he reprimanded him, “but you will remember that you are responsible to God for all of your gifts. You’ll get an education first!”

That lesson never left Bauer and was reinforced at St. Michael’s College where, he came under the tutelage of a Father Henry Carr, a scholar, athlete, coach, builder and leader of the great University tradition of the Basilian Fathers within Canada. His future was set.

A long series of events culminated in the fact that Bauer eventually wound up forming and coaching Canada’s amateur national Olympic hockey team in 1963 and ran the club until 1970.

He brought with him the philosophy that there needed to be a choice for young teens besides giving up their career and education to simply play pro hockey under the powerful thumb of the controlling NHL. Bauer offered players an option – to earn an education, represent their country in hockey, and craft their future based on three pillars of building the man ‘physically, mentally and spiritually.”

Bauer did not want to create a winning team – he wanted to create a team of winners. He wanted to bring out the best in his players as people and as athletes.

It was not a stance that most hockey people believed or liked. But it changed the world of hockey forever – thankfully.

Over the next eight years Bauer encouraged his players to play with improved technique and skill but to never lose their personal ‘spirit’ for the game and for life.

Many wondered what a Catholic priest was doing coaching and directing hockey at the international level, but it was the fabric of his own training. A hockey rink was as natural a setting to him as an educator as standing at the front of a classroom.

Bauer firmly believed that through hockey, Canada could show the world the finest of its youth at its spirited best. He believed this window by which to look at Canadians could influence not only the world but in particular all aspiring young Canadians.

Bauer once told listeners “Such a challenge goes far beyond hockey. It involves moral and spiritual issues in Canada and the world. Can our society benefit when it sees the sort of spirit that can animate our teams, by what is best in it?  Can our society take this example to develop also our skills and disciplines in all areas of our life so as to make them useful for our best national purposes? This is not something which can be accomplished in Olympic hockey alone, but our experience there may provide a stimulus for an effort which will carry Canada and the whole world much further.”

It was this kind of ideal that Father Bauer brought to the Canadian hockey in 1963. His Olympic teams were to be not only good hockey teams, but also represent the finest of our young citizens to Canada and the world.

“Looking back, I’m tempted to say it was a giant act of faith. It was crazy, and to my horror, in a way, it was accepted by the Canadian Amateur Hockey Association. We would begin in the fall of 1963…We had no uniforms, no ice, no schedule, no base, no money. Nothing!”

Bauer felt hockey was too one-dimensional at the amateur level and curtailed young men from ‘life’ training outside of hockey. His national team would provide an ideal for young hockey players to strive towards. It would combine excellence in hockey alongside excellence in studies.

Finally, he felt a team of this nature would have a unifying effect on the country as it attracted players from across Canada and played its International hockey throughout the land.

He tried to bring balance to the Canadian hockey world, champion the needs of the amateur hockey player, win Olympic medals, and galvanize a Canadian spirit across the land.

At the end of the day the NHL, CAHA and others shut down the amateur ‘team-in-being’ program in 1970 opting to allow ‘pro’s to take on the dominating Europeans in the 1972 ‘Summit Series’.

It marked the end of Bauer’s dream and the end of a viable option to the NHL – but in the process huge changes had taken place in both the sport and the nation.

Bauer ‘s involvement with the National team and other hockey programs put him in direct personal contact with hundreds of young aspiring athletes and indeed directly or indirectly influenced thousands of others.

Dozens of his former ‘National’ team players went on to star in the NHL or pro sports and the large majority of all players on the Nats wound up with university degrees or an education that served them very well long after the game of hockey was not part of their daily routine.

Father Bauer inspired many to reach deep inside and seek who they were and what they believed. He motivated, encouraged, and insisted all he met become the best they could be and yet never lose who they were.

He set an example that none could fault – and he did it with class, grace and a smile on his face.