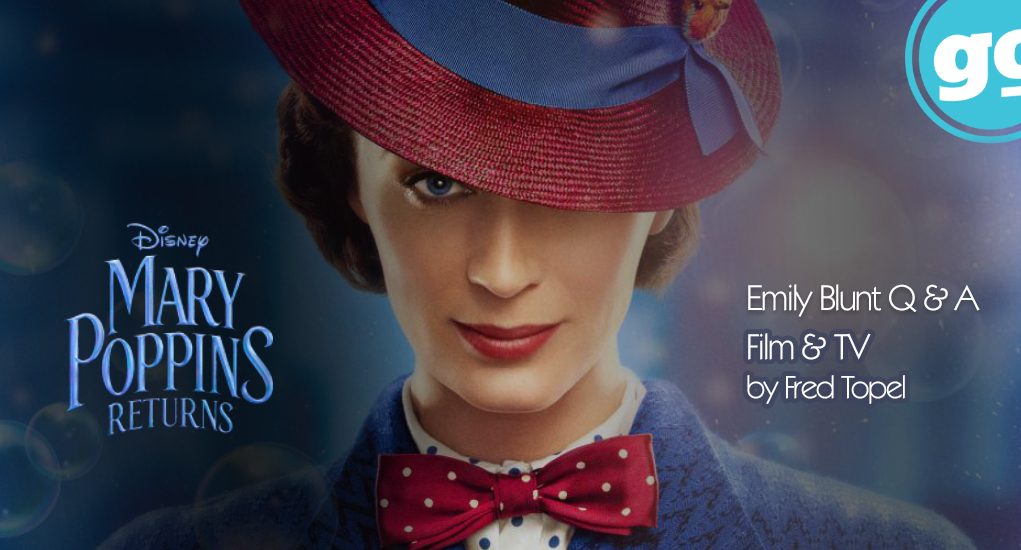 Mary Poppins returned and proved she is here to stay with the hit sequel Mary Poppins Returns. Nearly 45 years after the original classic, Disney mounted a sequel with Emily Blunt playing the role that made Julie Andrews a movie star. With all new songs and magical adventures, Mary Poppins Returns has been a hit since it opened in December.

Just before Christmas, Gonzo was at the Los Angeles press conference for Mary Poppins Returns where Emily Blunt spoke about taking on the legendary role and making it her own. She even discussed one of the film’s most poignant songs. See Mary Poppins Returns in theaters now, or see it again, and check out Blunt’s interview right here.

Q: How did you get the role of Mary Poppins?

Emily Blunt: I got a voicemail from [director] Rob [Marshall] who is my dear friend and we’ve known each other a long time. The voicemail certainly had a sort of charged energy to it. I was like oh my God, what is it? What is this project? When he called me, because he is so beautifully ceremonious and wants every moment of the process to feel special and transporting and memorable for you, that even the phone call had such a sense of ceremony to it. He said to me, “We’ve been digging through the Disney archives and by far their most prized possession…” I was like, “What is it?” I couldn’t think what it was. When you said Mary Poppins I felt like the air changed in the room. It was such an extraordinary, rather unparalleled moment for me. I was filled with an instantaneous yes but also with some trepidation all happening simultaneously in that moment because she is so iconic. She had such a big imprint on my life and on everyone’s lives. People hold this character so close to their hearts. So how do I create my version? What will my version of her be? No one wants to see me do a cheap impersonation of Julie Andrews because no one is Julie Andrews, so she should be preserved and treasured in her own way, what she did. I knew this was going to be something that I wanted to take a big swing with and I knew I could do it with this man, the most emboldening, meticulous, brilliant director in the world. I was in safe hands with him, however much I knew I had my work cut out for me.

Q: How do you balance Julie Andrews’ performance and the P.L. Travers version from the books and your own spin on Mary Poppins?

EB: I think for me, what I decided to do was, even though I’d seen it as a child, was not watch the original so close to shooting our version. Because I think probably because she is so beautiful and extraordinary, I think I would have maybe tried to accommodate some way what she did and let that bleed into what I wanted to do. I just decided if I’m going to do this, I’m just going to go on my gut instinct from the book because she is rather different in all of the books. That was the decision really. If I was going to carve out new space for myself, it was going to have to be without watching details of what Julie did so close to shooting. I have this searing memory of Mary Poppins but not of all the tiny details of how she played the character. As soon as we wrapped, I watched the original and was just floored by it, probably relieved that I hadn’t watched because I was like my God, she’s amazing.

Q: Where did you find all the colors of Mary Poppins?

EB: I found the books to be a huge springboard and enormously helpful. She leapt off the page at me, just in how complicated she is, how unknowable she is in this wonderful way. That duality of the character that she is stern and she is incredibly rude and vain but funny. Yet there is this humanity. She has to herself have such a charmed wonder in her in order to want to infuse these children’s lives with it. There must, under that, be a generosity of spirit to want to fix and heal in the way that she does. So I think for me and certainly for Rob when we talked about it a year and a half before we even started rehearsing, we would talk about her so much. We both wanted to find those layers and those moments of humanity. Also the fact that she’s probably a bit of an adrenaline junkie. She loves these adventures. It’s just her outlet. So just finding those moments so she’s not just one thing because she is so enigmatic. It was such a delicious character to play, loved it.

Q: How did it feel to sing “The Place Where Lost Things Go?”

EB: I remember those early days of coming to [songwriter Marc Shaiman’s] apartment and singing that song. I was so incredibly moved by it that I found it virtually impossible to get through the first times I sang it. It was so emotional for me because I did think of my own children. These children in the film, their sense of loss and they’re trying to hold their father together. They’ve dealt with something so profound and so agonizing, to lose a parent. To be so young and miss her so much, I’m going to cry thinking about it. It just moved me so much. On the day, it was one of my favorite days on set. We shot that song over a couple days. It is that she recognizes what they need in that moment and gives it to them in this very tender way. This song is so true and she doesn’t shy away from the fact that they’ve lost something, but there’s cracks of light. There’s something to learn from. The idea of loss is something that they can digest as children and to walk through. You are going to walk through this loss but nothing’s gone forever, only out of place. It’s just such a hopeful way to look at loss. 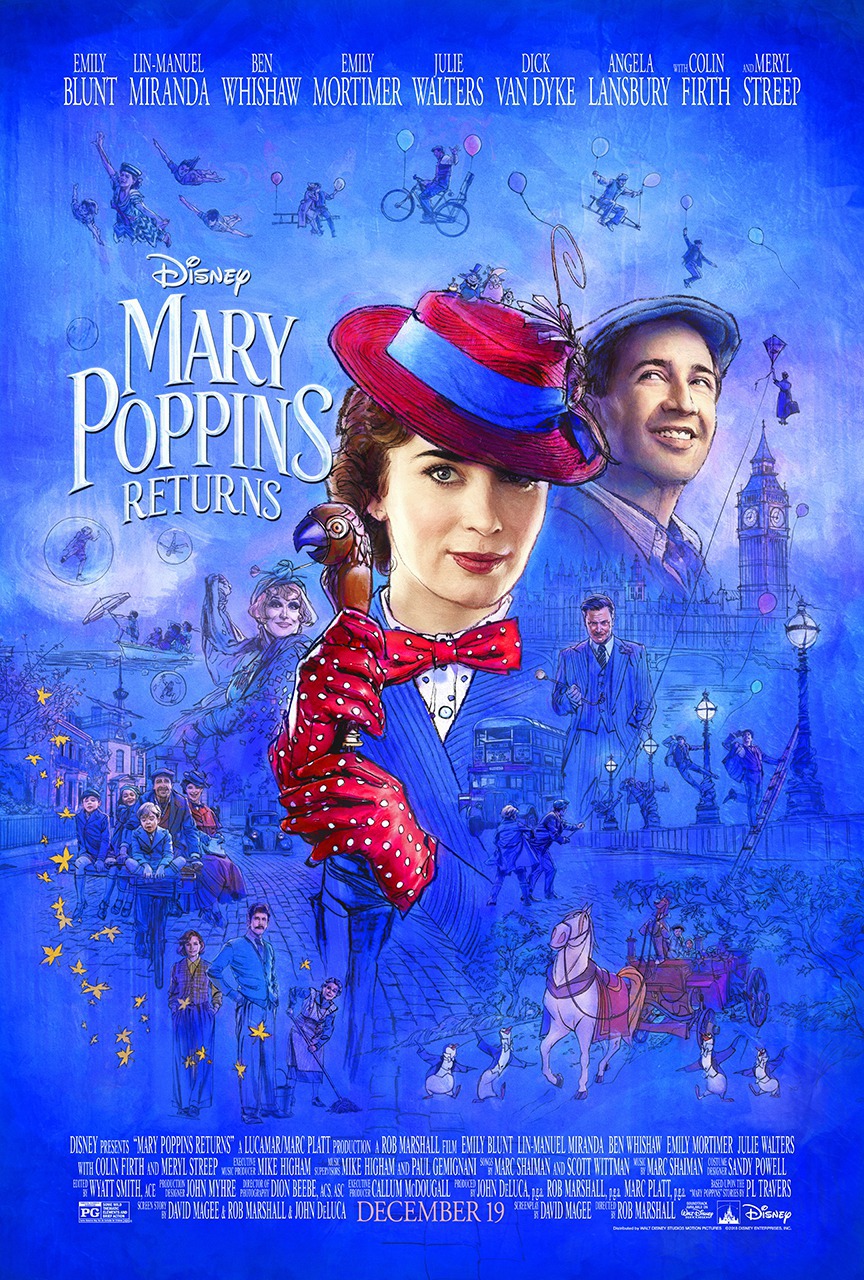