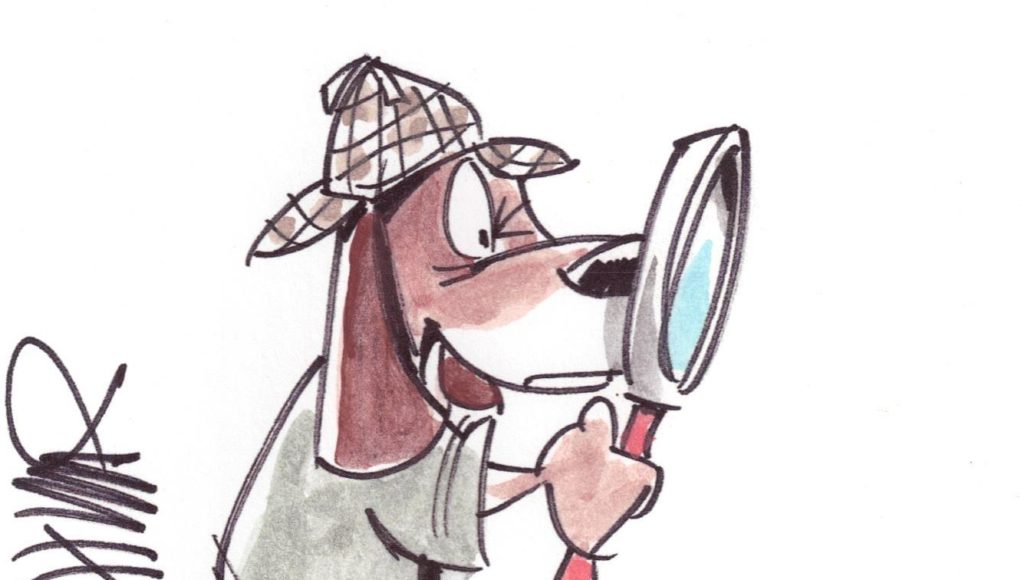 In the last year and a half at least 22 dogs have been stolen in the Okanagan and at least 52 more have vanished without a trace. Our beloved dog Charlie was one of them.

Before our five-year-old white Cockapoo went missing three months ago, I’d never thought about dog-napping. But after an extensive search failed to find him or any remains, we were left wondering if someone had taken our boy.

By then I’d already started connecting with other people who were missing dogs and was alarmed at how many there were. Not knowing if these numbers were higher than normal, I asked Gina Knutsen, a woman who’s been running a popular and helpful page on Facebook called Okanagan Lost and Found Pets.

“It used to be that when a dog went missing it was found,” she said. “Not always with a happy ending, but at least the families would have some closure. Lately more and more dogs have been just disappearing, and it’s clearly not all because of wildlife.”

At about the time we first began looking for Charlie, Brad Tanner found his family’s cherished dog, Chocco – but it was far from the happy ending they were desperate for.

Brad, a safety manager in the oil fields, conducted an exhaustive and very public four-week search which resulted in the discovery that their five-year old Chesapeake had been shot to death at point blank range to the back of his head eight miles from home in Fort St. John.

“I have no idea who murdered him,” he said. “But if they did it to make me abandon my quest to find out who took him and crack down on dog theft everywhere, they’ve failed completely.”

Of course canines are taken for other intentions as well, such as breeding, lab testing, revenge, ransom and the unthinkable. “Whatever the reason, whoever is taking our family members need to be found and this needs to be stopped,” Brad said. “It’s up to the community to make that happen.”

When Chocco was stolen Brad faced what all of us with missing dogs do: a lack of direction when time is of the essence.

“There were too many rescue groups to contact effectively,” he said. “Shelters, dog controls and vet clinics were not helpful after hours, and legislation doesn’t exist to help in the case of a stolen dog.”

He recognized the need for a more organized approach but found the local governmental borders, boundaries and jurisdictions got in the way since there was little to no connections between them.

Realizing that the only solution was for pet lovers to take control and help each other, “Chocco’s Sea of Green” was created. The program is designed with two main components: a dedicated network of connected and organized pet lovers, as well as one central social media point with a thorough identification system.

With Sea of Green, pets are identified with a green tag, and stickers and signs are put up in driveways and car windows to identify members, warning potential thieves that they are in a pet safe community.

The program also includes PetLynx, a company that has a database of approximately one million registered pets.

“PetLynx helps about 2000 animals get home every month in Canada,” Brad said. “This online database is already in place and it’s the only automated recovery system that allows anyone to post free lost and found reports that facilitate instant online sharing of pet information across North America when a pet goes missing.”

The idea behind PetLynx is to reunite missing pets with their families. The idea behind Sea of Green is to repel thieves, cutting down on the need for such a service.

“It’s exceedingly difficult retrieving a stolen dog,” Brad said. “The key is to try and prevent it from happening in the first place.”

Brad advises to never leave your dog unattended in an unlocked area, spay or neuter so it’s not a target for breeders, and use a microchip just in case your pet shows up as a found animal out of province one day.

The RCMP have been supportive of the Sea of Green initiative, confirming a noticeable decrease in the number of calls they’re receiving about theft attempts and missing dogs in the Fort St. John area. This is a goal pet owners should aim for in our community and across North America.

To review the stolen and missing dogs of the Okanagan please visit www.Facebook.com/StolenAndMissingDogsOkanagan

To hear more about Chocco’s Sea of Green program, please come out to our Stop Dog Theft in the Okanagan event to hear Brad Tanner speak in person. There is no fee, but since he’s coming here on his own dime, donations to cover his travel expenses will be welcome at the door.