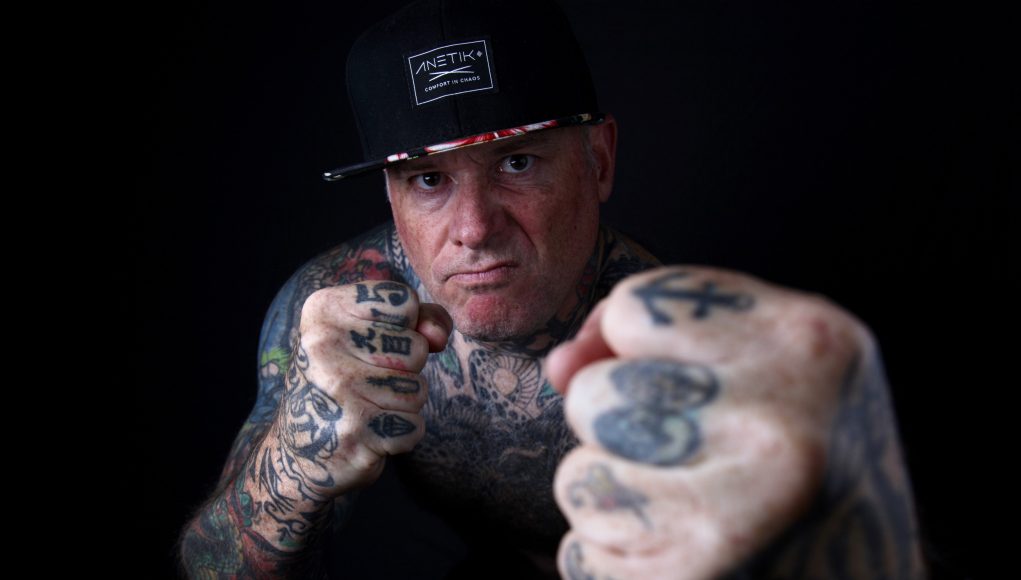 A chronicle of Canada’s greatest tattooists

“This is a first of its kind series that commits to film what was once only an oral history almost lost to time. Never before have Canada’s greatest tattooists come together to share their stories about the origins of the custom tattoo art movement that has grown into the craft that we take for granted today.”

In the days before celebrity tattoo artists or reality shows, the original Canadian tattooers like The Dutchman and Dave Shore were pioneering artists. HoldFast / StayGold chronicles their stories and the evolution of custom tattooing in Canada over the past 30 years. From its dark past, this generational documentary captures the oral history of past and present masters. It’s a rock and roll journey from ex-carnies to bikers to punk rock skate punks. Their wild days launched the Canadian tattoo industry – a mainstream industry now estimated at $3 billion worldwide according to a recent article from the Toronto Star.

The docu-series features interviews with Canadian tattoo artists including Paul Jeffries, Dave Shore, The Dutchman, Steve Moore, James Tex and Bill Baker, legends who created the custom artwork tattoo styles prolific today. In addition, and not known by many, pop culture icon Ed Hardy tattooed in Vancouver in the early days of his career — something the series, the artist himself, and the other artists share stories about.

“Custom artwork means that a tattooer would need to listen to clients’ wishes for a design and then hand draw using their skills as an artist,” says Allen. “This is very different to flash today where a client can choose an image from a wall of available designs. The artistry, colour, depth and skill for custom tattoo artwork is a craft that I believe is worthy of celebration.”

A passion project, HoldFast / StayGold, was self-funded, written, produced and directed by Dave Allen and Jody Hill who hope the series helps Canadians better understand some of the history and culture behind the art that adorns their skin.

Dave Allen has worked in the Canadian tattoo industry for over 20 years. Currently tattooing at Third Son Tattoo, he gained experience by working alongside the masters, and from their hard-to-believe stories, he identified a need to document and share the culture and history of the craft while it’s still possible. Allen’s depth of understanding of tattoo culture put him in the unique position to be able to capture a permanent record of the craft from its dark and secretive origins. From his time travelling across Canada, working, and building a network of other artists, he also built a network of second-generation custom tattoo artists to help in his goal of sharing a glimpse into this wild and formative era in the art of tattooing.

Jody Hill is a filmmaker and photographer from Vancouver. Graduating film school in 2004, he has since been a part of a vast spectrum of work from corporate commercials to music videos, short films and documentary projects. As both a cinematographer and editor, Jody creates visual stories with sense of cinematic atmosphere, strong composition and mood. An avid tattoo collector himself, he has been exposed to many of these tattoo stories and feels a need to share them with the world.