Home Emanuel Sequeira Defenceman develops into a force with Storm 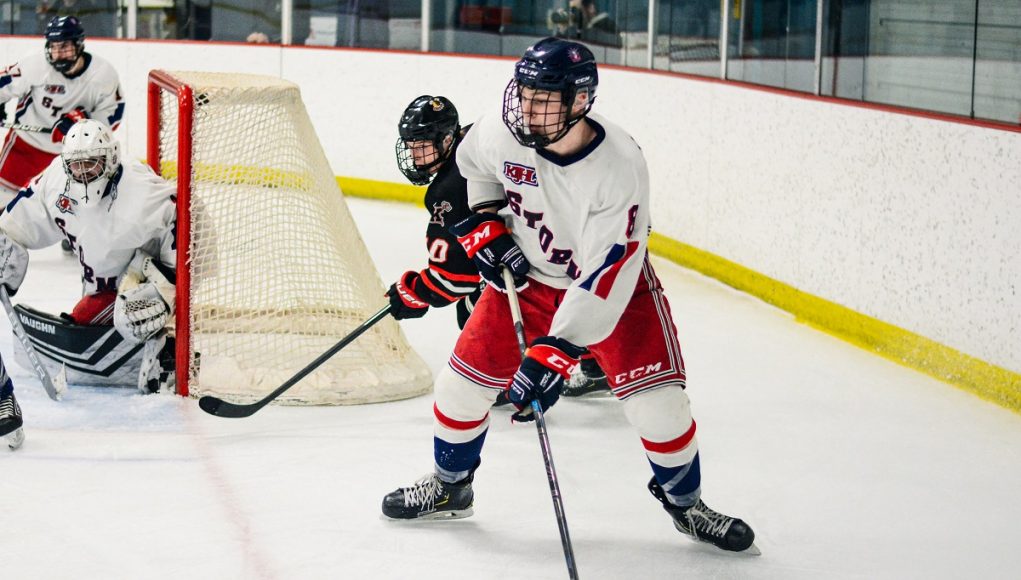 Defenceman develops into a force with Storm

Brendan Kirschner has been taking advantage of his time in the Kootenay International Junior Hockey League (KIJHL).

While he grew up in Kamloops watching the Western Hockey League’s Blazers, the 17-year-old says the KIJHL is misjudged – he knows it is a very competitive league.

“People like myself are trying to make it up to the next level. You can see that,” he says. “The game is really physical, high pace. Teams are really well coached.”

While playing in the B.C. Major Midget League with the Thompson Blazers last season, Kirschner got a glimpse of junior A hockey with the B.C. Hockey League’s Salmon Arm Silverbacks, seeing action in four games.

“It was a great experience to make it up to the next level for a few games,” says Kirschner. “I think the pace was a lot faster than the MML or the KIJHL. It was definitely a good experience and I’m hoping to get back up to that level next year.”

That experience helped him understand what it takes to get there.

“Brendan came in this season with the idea that the Kamloops Storm would provide the perfect development and be a stepping stone for him to get to the next level, being junior A or possibly the Western Hockey League,” says Kolle. “As far as we’re concerned as a staff, his progress has been great this year. He’s ready to contribute at the next level.”

Clubs have reached out, but Kirschner says he will focus on that after the Storm’s season is over. He hopes for a long playoff run.

The six-foot-one, 190 pounds defenceman can skate and shoot well. Kolle added that looking at his stats (43 games, eight goals and 34 points with 114 penalty minutes) it shows that Kirschner belongs in higher caliber hockey. While the coaching staff has helped him improve all facets of his skills, the organization has also worked with him maturing as a person – how he carries himself in a professional manner. When it comes to his performance, it is about making simple decisions and plays. He has logged top-four minutes all season.

Every time he’s on the ice, Kirschner tries to model his game after Los Angeles Kings defenceman Drew Doughty. The Kings star is the reason Kirschner wears No. 8. He has always liked how aggressive Doughty plays.

“He’s a guy that can play defensively and make those hits. Move the puck out. Moves up in offence and makes something happen.”

Kirschner has focused on improving his skating, especially along the blueline and getting the puck out of the zone quickly. Head coach Steve Gainey and his staff of Cody Lockwood, Andrew Fisher and Jassi Sangha have given the young defender lots of responsibility.

“Coach Gaines is always pushing me. He is always talking out game plans,” says Kirschner, who describes himself as a two-way defenceman.

Kirschner also says he is very competitive and brings intensity.

“I hate to lose. I will play to that final buzzer,” he adds. “Winning is ultimately what matters. I don’t really care about the stats.”