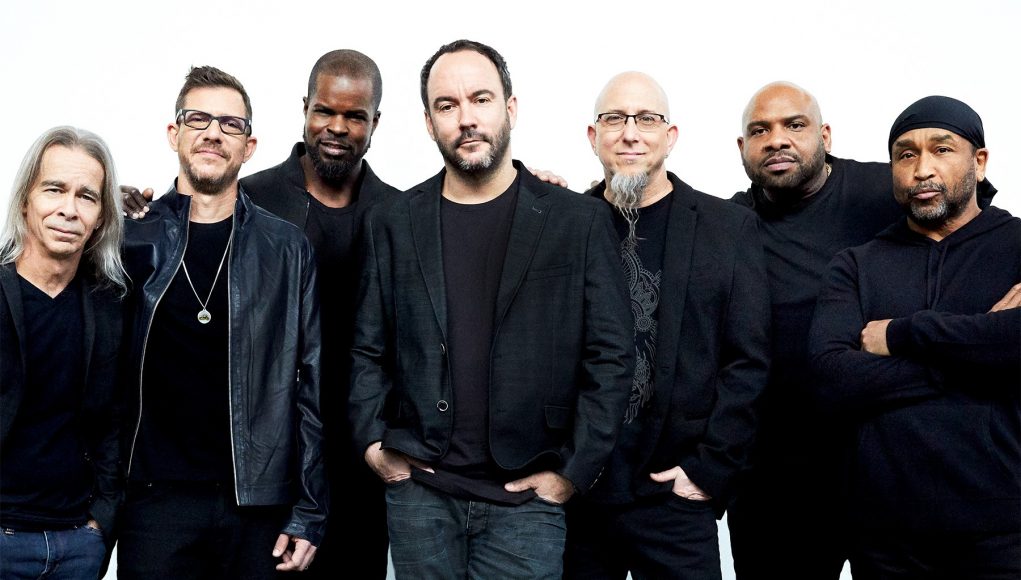 Band To Help Plant One Million Trees In Partnership with
The Dreaming Tree Wines, DocuSign And The Nature Conservancy

Returning to the Gorge Amphitheatre for its traditional three-night Labor Day run, the band will be joined over the weekend by support artists Mavis Staples, Béla Fleck and the Flecktones, Allen Stone, Robert Randolph and the Family Band, and Dumpstafunk.

An online ticket presale for members of the DMB Warehouse Fan Association will begin on Thursday, January 23, at 10 AM ET at www.warehouse.davematthewsband.com.

Tickets will go on sale to the general public on Friday, February 21, at 10 AM local venue time. For the complete itinerary, see below or visit http://www.davematthewsband.com.

Dave Matthews Band is committing to help plant one million trees as a collective effort with The Dreaming Tree Wines and DocuSign. The band invites concertgoers to join them in this mission by contributing an optional donation of $2 per ticket to plant a tree with The Nature Conservancy’s Plant a Billion Trees campaign – a major forest restoration effort with a goal of planting a billion trees around the world by 2025. For further details, visit plantabillion.org/DMB. This year’s annual eco-village will feature a heavy emphasis on the tree-planting campaign. Tour greening efforts and the eco-village are in partnership with DocuSign and REVERB.

Dave Matthews Band, who was named a UN Environment Goodwill Ambassador in 2019, will be neutralizing the biggest contributor to a concert’s carbon footprint – fan travel. In addition to the band’s footprint, REVERB will be calculating the carbon footprint associated with fan travel to DMB shows in 2020 and the band will be neutralizing these emissions by supporting carbon reduction projects. The band has a long history of reducing their environmental footprint and neutralizing tour carbon emissions from flights, busses and trucks, hotel stays and venue energy use going back to their first shows in 1991.

Dave Matthews Band has sold more than 25 million tickets since its inception and a collective 38 million CDs and DVDs combined. With the release of 2018’s Come Tomorrow, Dave Matthews Band became the first group in history to have seven consecutive studio albums debut at No. 1 on the Billboard 200. The New York Times, in a Critic’s Pick review, observed, “willed optimism fills the songs on ‘Come Tomorrow,’ while cynicism and irony are nowhere within earshot.”