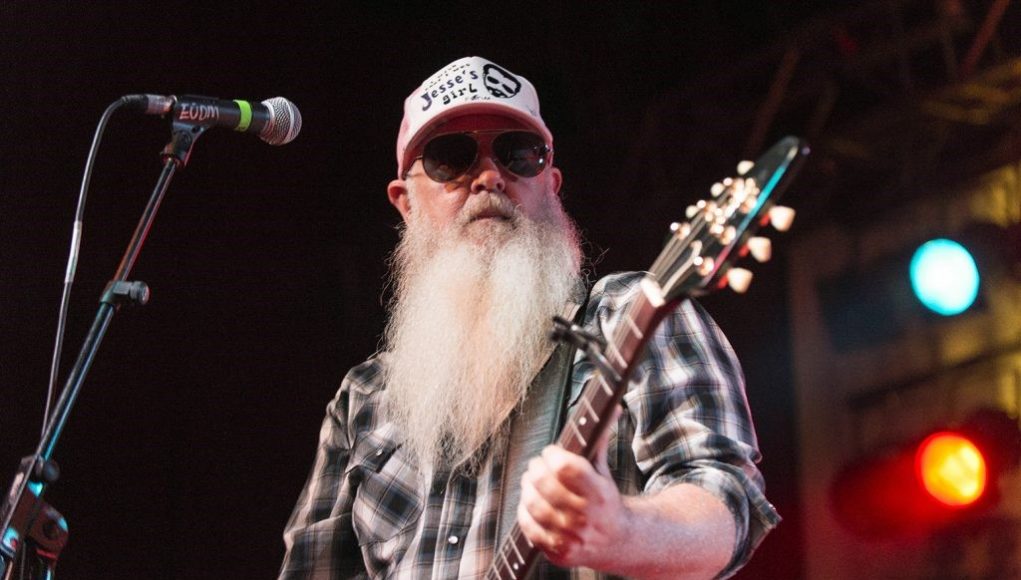 Music Industry Producer and member of Eagles of Death Metal Dave Catching will be coming to Kelowna’s Tune It Down, Turn It Up showcase and festival in August.

There’s a new festival in town Kelowna, filled with young energy and an affinity for the niche genres of stoner and noise rock. Tune It Down, Turn It Up will go down on the weekend of August 24th & 25th at Habitat and Inhabit. Self described as “An interior showcase of the fuzzed out, heavy, stoned & strange”, the festival is looking to provide a much needed outlet for fuzz and stoner rock bands in British Columbia.

Stoner rock, noise, fuzz and heavy rock will all be on the menu; but for those who are new to the genres, a great sampling of these would include bands like Kyuss, Queens of The Stone Age, The Melvins, Mars Red Sky, and more. Stoner and Fuzz rock are sub-genres of rock, and they tend to stick with heavy, tuned-down and fuzzed-out guitars. Much like a darker, heavier cousin of rock and roll, it retains the roots laid by it’s ancestors Black Sabbath, Led Zeppelin, and Deep Purple, while expounding the sound into darker and heavier works. Performers often play with unique and boutique pedals, often ad-hocked and home made to ensure a unique and timeless sound.

The festival includes 15 bands from the industry – featuring local favourites Hot Knives, Charlie Handsome & The Brats, and High Horse. There are a number of vendors already confirmed to be at the event, as well as a number of craft liquor tastings.

This will be the first year of the festival, and the organizers have already brought in one of the biggest names in the industry – Dave Catching. Catching will be coming into town for a very special Q&A session on Thursday, August 23rd at the New Innovation Centre, and will be in town for the whole showcase.

Dave Catching has been in the industry for many years as a multi-instrumental performer, engineer and a producer. His performing credits include stints with Queens of The Stone Age, Eagles of Death Metal, earthlings?, and The Masters of Reality. He co-founded Rancho De La Luna recording studio with the late Fred Drake in Joshua Tree, California, recently produced Dinola’s latest album Up High, and has been a big part of the scene since the 80s. Needless to say, this will be a pretty huge draw across the province for an opportunity to chat with one of the Eagles of Death Metal.

Catching is also hosting an in-house studio workshop at Arc House Studios for participating bands in the showcase.

The festival showcase is a $30 ticket, and the chat with Dave Catching is $20. Grab your tickets now as organizers have confirmed that tickets are moving quickly! Both tickets are available individually or together at www.tuneitdownturnitup.com, or down at Milkcrate Records.