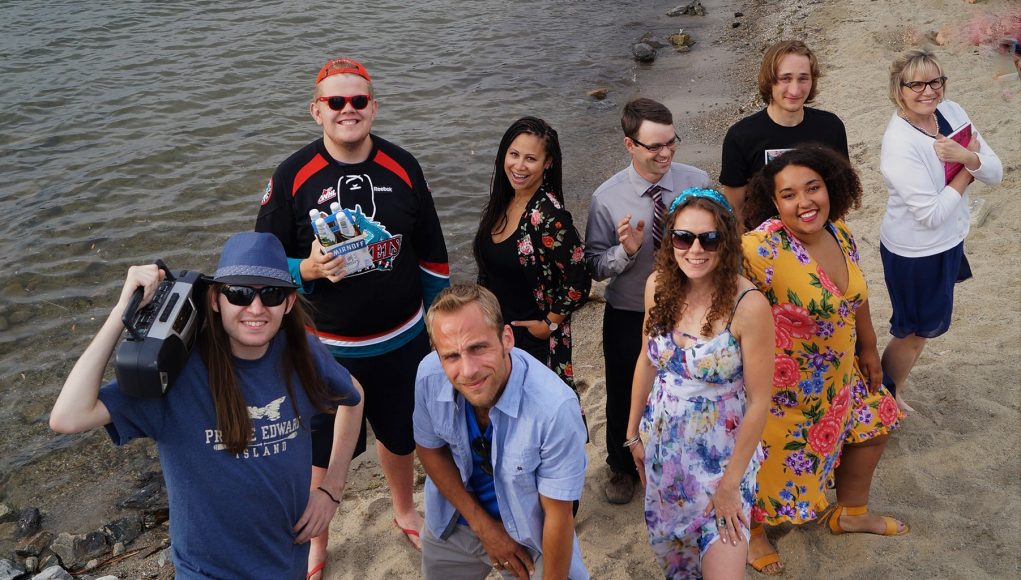 Sun, sand, mix tapes and murder? For those looking to add a summer beach mystery to their vacation fun don’t have to pick up a pulp fiction novel; they can see it live in The Black Box Theatre. Cruel Summer is a salacious new improv murder mystery by New Vintage Theatre that starts July 11. 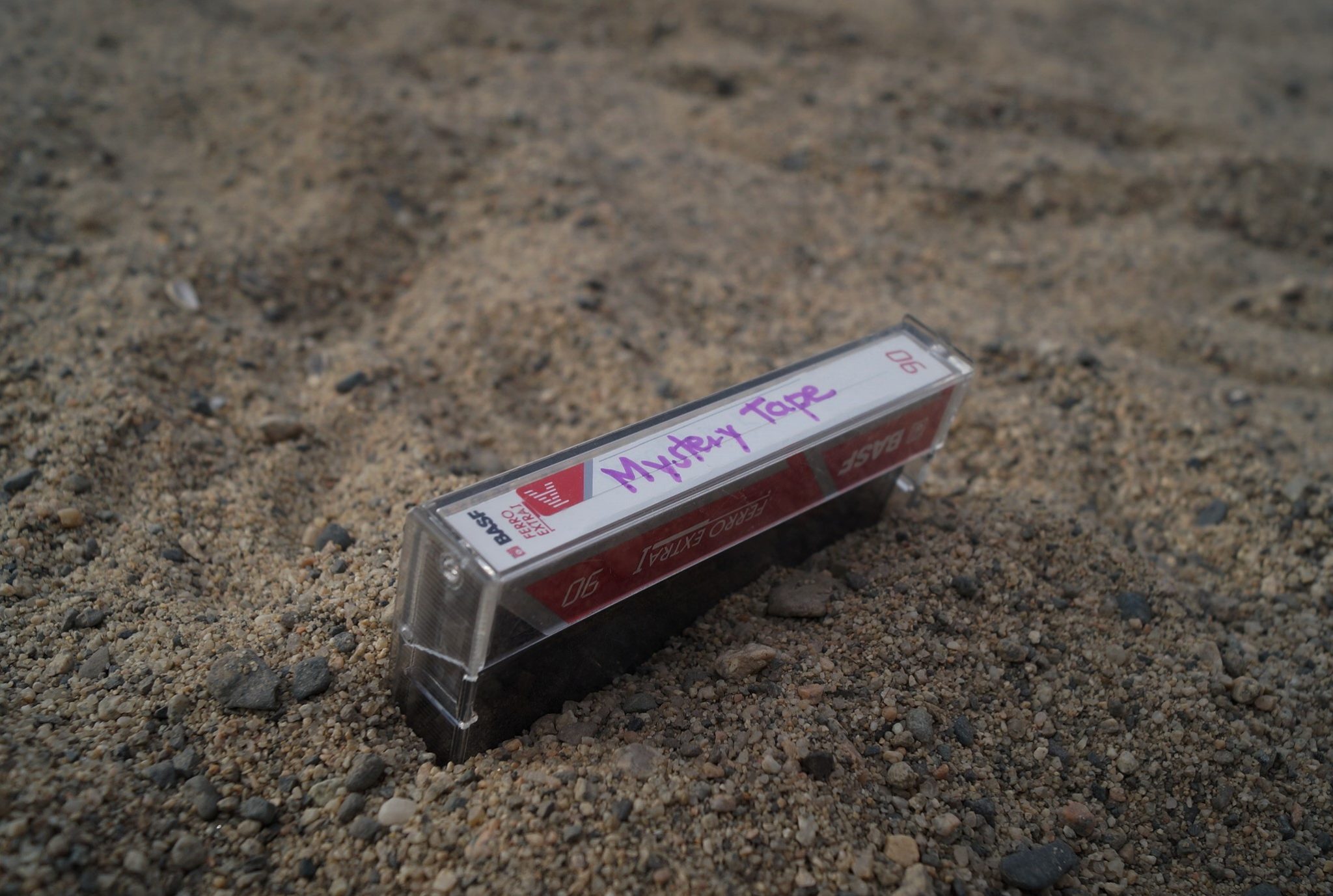 Strange events happen on the opening night of a new resort on Rattlesnake Island whose only guests include a librarian, fighter pilot, drifter, former hockey pro, Instagram model, wealthy debutante, and a man who is a member of the lonely hearts club. The story is set in 2019, but has references to a fictional crime that happened in Kelowna in 1989 that involves the hit song “Cruel Summer”. The scary comedy promises there will be a murder-and that the killer will be revealed to the audience-by the end of the 75 minute show.

New Vintage Theatre is a professional company based in Rotary Centre for The Arts. They do a mix of smaller Canadian works like the upcoming indie love story 52 Pick Up by TJ Dawe and Rita Bozi which also opens next week, larger shows like the recent hit Little Shop of Horrors and improv shows as well. Over 90 artists will work with New Vintage Theatre this season. In addition, New Vintage is doing a Woodstock themed cabaret and night market on July 13 called The Night Party.

Cruel Summer runs July 11 & 12 at 9pm and August 22 & 23 at 8pm in The Black Box Theatre. Tickets are available from www.newvintage.ca and at the door. Admission comes with a free beverage and snacks as well as a chance to catch the killer for a prize. Ages 12+ 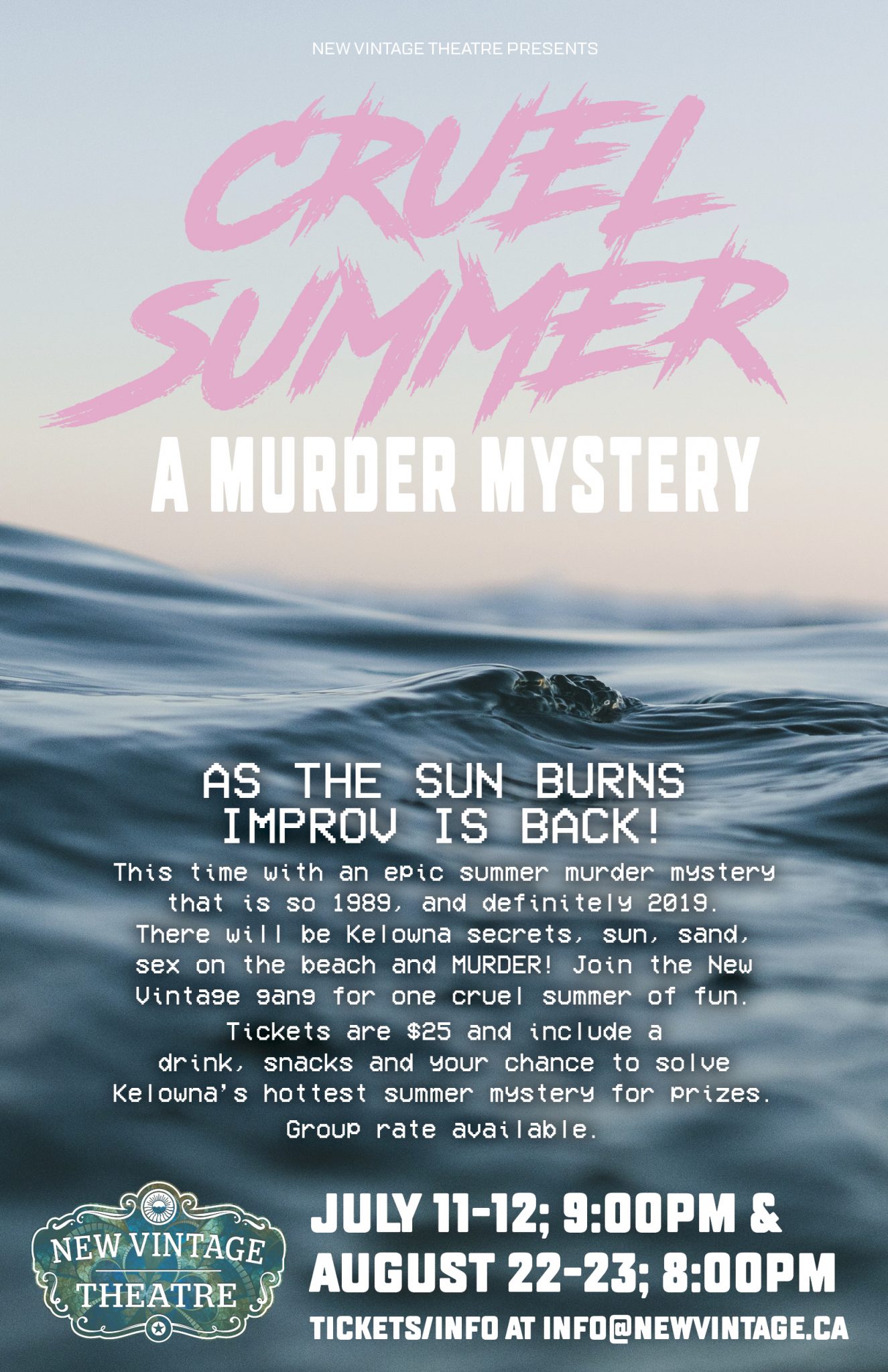