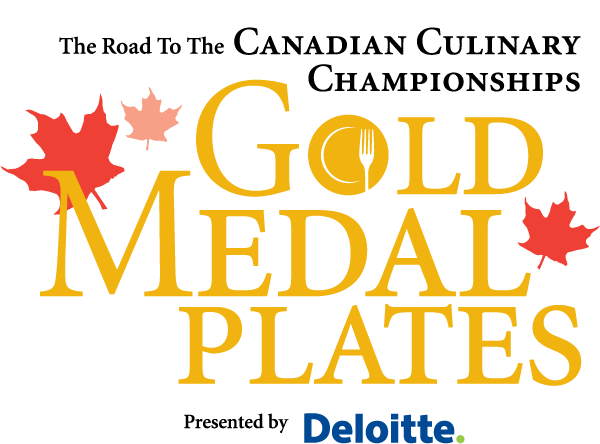 The Canadian Culinary Championships (CCC) have come and gone for 2016.  It was a fantastic whirlwind of meet and greets, shopping, food prep, wine pairings and for the guests in attendance, great food and drink.

The planning and introductions started on Thursday at a meet and greet at Sandhill Winery where chefs were given their box of mystery wine and introduced to their helpers from Okanagan College Culinary School.  Friday was shopping, prepping and preparing dishes for the Mystery Wine Competition and the People’s Choice Award. Bright and early Saturday morning was the Black Box competition, and then chefs and helpers were back at the Delta Grand preparing for the grand finale. Sleep was not on the agenda. By the time the night was out – the winner of the Canadian Culinary Championship had been named. Marc Lepine of Atelier in Ottawa, won Gold for the second time, making Canadian Culinary Championships history with his smoked steelhead trout with miso-molasses glaze, cured pork belly, barley and corn porridge, corn cob broth paired with Les Clos Jordanne Vineyard 2012 Chardonnay Twenty Mile Bench from the Niagara Peninsula. “I am truly speechless, and still in shock. The competition was fierce and I was only able to do this with my team…” said Chef Lepin when he realized he’d won.

BC’s Alex Chen from Boulevard Kitchen & Oyster Bar took the bronze and Mathew Batey from the Nash Restaurants and Off Cut Bar left with the silver medal.

But that’s not all … Behind the scenes, chef’s in training are given the opportunity to volunteer and pair up with provincial gold medal winners and learn directly from them. It’s the kind of thing you just can’t teach in a class room or teaching kitchen.

Danika Pelzer is one of those students. She’s a pastry apprentice and volunteered to assist at both the 2015 and 2016 CCC. This year she was team BC. She’s a junior member of the Okanagan Chefs Association and a pastry chef apprentice at the Delta.  She was up and working by 5 a.m. at the Delta Grand on Saturday, after pulling a full day and evening of volunteering at the Friday night CCC event.

Patti DeBoer, who is taking culinary studies, has volunteered for the past two events. This year she was helping team Winnipeg. She’s also a junior member of the Okanagan Chefs Association.

What these two women share with all the other volunteers is a palpable sense of excitement. Watching them watch “their chefs” being introduced, you could see the enthusiasm and anticipation on their faces. They knew they were about to get mentored in one of the most grueling competitions out there, and they, along with the other volunteers, were more than ready.

Jonathan Rouse, Associate Dean of the Okanagan School of Business and Director of Food, Wine and Tourism knows how much the CCC means to the school, the instructors and the students. “The CCC brings the best culinary talent to Kelowna and the college; and having our students exposed and participating within this high energy creative environment is truly a once in a life time learning opportunity – and as always they excel. I am very honoured and proud that our culinary instructors and students step up each year to perform at this national level and are able to contribute to CCC’s continued success.”

CCC Event Chair, Judy Burns, knows full well the importance of the Canadian Culinary Championships being held in Kelowna, and how important it is to the volunteers as well. “Okanagan College’s Chef Bernard Casavant wants to make sure his students are exposed to excellence. The CCC involves students and gets them great exposure. They learn from these competing chefs under extreme pressure. If they can deal with that, they can deal with the competitive world out there. You never know, one of them could be the next gold medalist for BC, or even the next Canadian Culinary Champion.”

We’ll be sure to watch for them. The 11 competing chefs for the 2016 Canadian Culinary Championships. Their photos grace the walls of the Okanagan College Culinary School