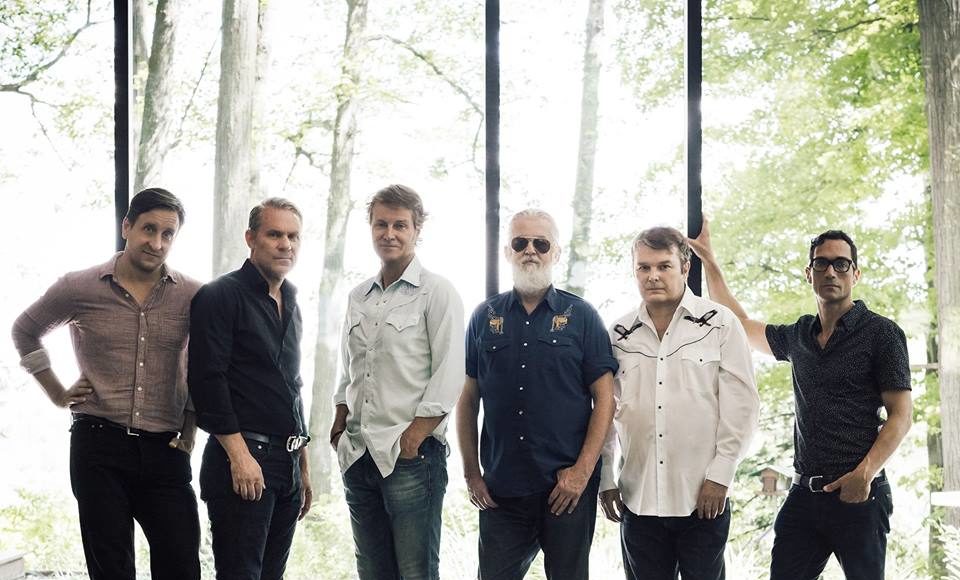 RON HAWKINS AND THE DO GOOD ASSASSINS

At a press conference held last week in Toronto, Warner Music Canada recording artist Blue Rodeo announced details for their new album and upcoming cross-Canada tour.  One of Canada’s most iconic bands, Blue Rodeo will release their 14th studio album, 1000 Arms on Friday, October 28.  The group also announced that they will head back out on the road in 2017 performing news songs for fans with 30 concerts scheduled in 23 cities, beginning January 11, 2017 in Thunder Bay.  Full album track listing and tour dates listed below.Prior to making the announcements, the band premiered the video for the album’s first single, Jim Cuddy’s mocking take on celebrity, “Superstar.”  The video clip was directed by the band’s longtime collaborator Chris Mills who reimagines Blue Rodeo as a Riot Grrl band.Fans pre-ordering 1000 Arms will automatically receive four album tracks including the first single “Superstar.”  CD and heavy-weight vinyl can be ordered beginning today from www.bluerodeo.com.  Buy digital copies of 1000 Arms or stream “Superstar” and three more songs HERE.Tickets for the 1000 Arms Tour go on sale Friday, October 28.  Every ticket will include a digital copy of 1000 Arms.1000 Arms was recorded over the winter of 2015/16 at Blue Rodeo’s Woodshed Studios.  The album shares its name with the Jim Cuddy-penned song inspired by a podcast Jim was listening to.“The podcast was about allowing your community to help you,” says Cuddy.  “When we were going over titles, we were thinking about our musical community, what it means to us and how much we would do for each other. That was what we were thinking about the most, so it seemed like an appropriate title.”The 12-track record was co-produced and engineered by Tim Vesely, a founding member of the Rheostatics.  Jim and his longtime bandmate Greg Keelor credit Vesely with helping influence the sound of the new album. The engineer had been listening to some of the band’s older records and commented that Jim and Greg weren’t singing together as much as they used to.  The revelation caught the band off guard but the result brought the band back to what has always been one of their strengths.“We made a very concerted effort to sing together on this album, either with direct harmonies or call and response, and we really enjoyed that,” says Cuddy.In the thirty years since forming, Blue Rodeo has sold over 4 million albums, won countless Juno awards, been inducted into the Canadian Music Hall of Fame, received a star on Canada’s Walk of Fame, been named to the Order of Canada and have been honoured with the Governor General’s Performing Arts Award.1000 Arms Tracklisting:Hard To RememberI Can’t Hide This AnymoreJimmy Fall DownLong Hard LifeRabbit’s Foot1000 ArmsDust To GoldSuperstarMascara TearsCan’t Find My Way Back To YouSo Hard To SeeThe Flame1000 Arms tour dates:January 11- Thunder Bay, ON – Thunder Bay Community AuditoriumJanuary 13 – Regina, SK – Conexus Arts CentreJanuary 14 – Winnipeg, MB – MTS CentreJanuary 15 – Estevan, SK – Affinity PlaceJanuary 17 – Saskatoon, SK – TCU PlaceJanuary 19/20 – Edmonton, AB – Northern Alberta Jubilee AuditoriumJanuary 21/22 – Calgary, AB – Southern Alberta Jubilee AuditoriumJanuary 24 – Penticton, BC – South Okanagan Events CentreJanuary 26 – Victoria, BC – Save On Foods Memorial CentreJanuary 27/28 – Vancouver, BC – Queen Elizabeth TheatreJanuary 31 – Kitchener, ON – Centre In The SquareFebruary 2/3 – Toronto, ON – Massey HallFebruary 8 – Montreal, QC – Place des ArtsFebruary 9 – Kingston, ON – Rogers K-Rock CentreFebruary 10 – Barrie, ON – Barrie Molson CentreFebruary 11 – Oshawa, ON – General Motors CentreFebruary 14 – London, ON – Budweiser GardensFebruary 16/17 – Hamilton, ON – Hamilton Place TheatreFebruary 18/19 – Ottawa, ON – National Arts CentreFebruary 21 – Woodstock, NB – AYR Motor CentreFebruary 23 – St. John’s, NL – Mile One CentreFebruary 25 – Halifax, NS – Scotiabank CentreFebruary 26 – Moncton, NB – Casino New BrunswickTickets go on sale Friday, October 28th and are $33.50, $63.50 and $83.50*. Tickets can be purchased in person at the Valley First Box Office (at the South Okanagan Events Centre), via phone at 1.877.763.2849 or online at ValleyFirstTIX.com and LiveNation.com.*Additional fees apply.